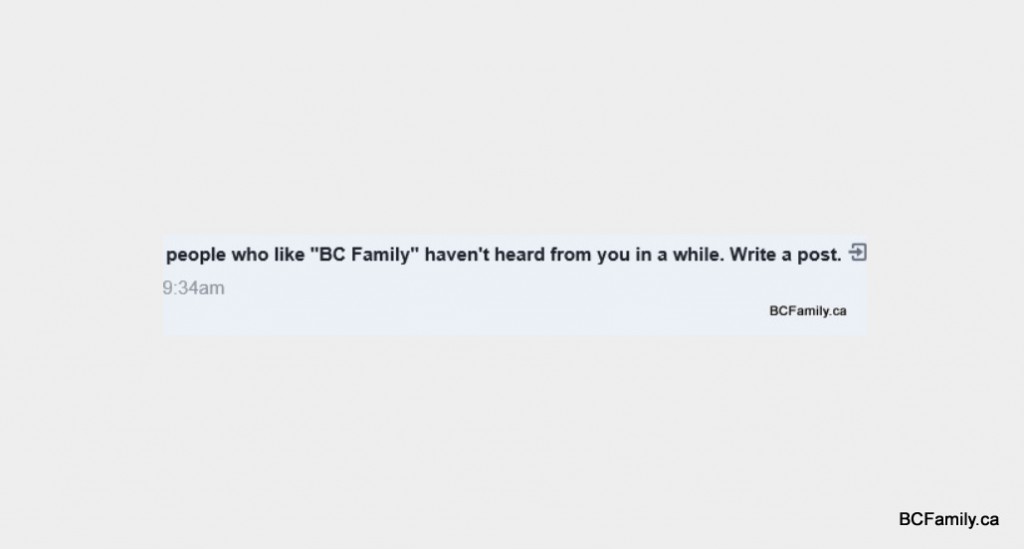 Twelve and a half years ago – and just a few weeks before the Vancouver Olympics began – I launched BCFamily.ca.  At the time, I had twin babies at home and was living in a North Falsecreek condo overlooking the water on Marinaside Drive.  Other than regular visits with my Mother in Law, less frequent visits with other family members, and, the rare visit from a few friends, I was living a fairly isolated experience.  As my twins started to crawl in two different directions, my weekly visit to the local baby group didn’t seem to be going well either. I would watch as mums from the group would park their strollers outside of Provence restaurant for a social gathering and I would keep on walking. The other mums saw me walking away but nobody asked me if there was any way that I could join in. Starting a site focussed on families in BC, parenting and related education topics was a welcome project for me. My focus was on the concept of “building community“. In a way, I could also say that I was trying to build a community for myself that didn’t exist in my daily life.

Over 12 years later, I still get the yearly “why bother?” question. Truthfully, this usually happens around the time I have to renew my payment for the BCfamily.ca domain name.

Sometimes I do ask myself the same question.

Some years ago, I received the message shown above saying that people who follow the related BC Family Facebook page hadn’t heard from me in awhile. This was the first time that I’ve ever received such a notice. I did find the message to be pretty ironic because I usually share something on the BC Family page every day.  If you haven’t followed the BC Family Facebook page yet (and added it to your notifications alerts), you’re missing out.  I try to create and curate content that isn’t trending on similar pages elsewhere and sometimes I share content more than once a day. 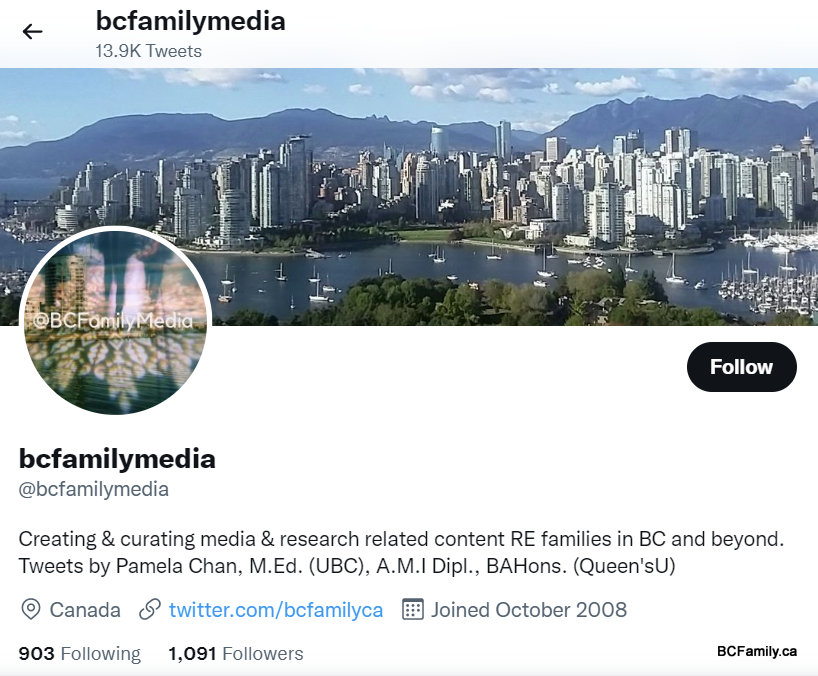 I spread my focus between this BCFamily.ca site and the related Facebook, Twitter, Pinterest and Instagram accounts. On Pinterest you can find a fun collection of boards focussed on children, family life, parenting, food, creativity, home and travel.  On Twitter, I’ve been sharing tweets and connecting with people locally and around the world for the last 14 years. On the BCFamilydotca account I’ve shared 23,300 tweets about content related to parenting, families, education and building community.  On the BCFamilyMedia account I’ve shared almost 13,900 tweets about these topics but through the lens of what is happening in “print”,  TV (mainstream and alternative) and social media, and in other local, Canadian and international organizations. On Instagram, I’ve shared 6,122+ posts focussed on family life in BC.) Not that it’s a competition, but as a point of comparison the highly visible and tracked Elon Musk has shared 18,800 tweets and he joined a year after I did. So when I say that I’ve been sharing content on the regular for quite a while, I’m not embellishing my numbers or facts.

I’ve been complimented for my firm grasp of digital media and communication trends and I do like to be an early adopter. As an example, I joined Facebook at the start of 2007 and LinkedIn almost nine months to the day after the site was launched. Here is an excerpt from an e-mail I received from a co-founder of LinkedIn:

“I want to personally thank you because you were one of LinkedIn’s first million members (member number 206,108 in fact!*). In any technology adoption lifecycle, there are the early adopters, those who help lead the way. That was you.”

On LinkedIn, I try to promote content that focusses on youth, mental health, education and women in business. You can follow my content on LinkedIn and connect with my me via my profile page.  After a professional sabbatical focussed on supporting my family, and pro bono and philanthropic initiatives, I am currently seeking either a hybrid or remote position that builds on my education career and social media skillsets.  If you or someone you know has an opportunity that you or they would like to discuss, please reach out to me on LinkedIn.

During the past few years, I’ve focussed my energy across all of these social media accounts but I’ve decided to stay away from TikTok.  I just don’t see that the style of sharing on TikTok suits my personality. Even though TikTok is working splendidly for other women, I’ll leave that space for others and spare my twins the mortification that participation on TikTok would bring about.

What’s the point of sharing content if nobody interacts?

What’s the point indeed.  This is why I appreciate each and every time someone stops by to comment on content that I’ve published, share their experience or even like a post.   30% of my personal contacts on my own personal Facebook profile follow the BC Family Facebook page, and a handful of friends and contacts who have followed the page will interact with the content or like it.  I appreciate that kind of support. Truthfully, it doesn’t inconvenience someone to like a page. Most of the time Facebook won’t even serve up content from the BC Family page into someone’s homepage unless that person interacts with it regularly. If a friend or a member of the community goes out of his or her way to share a comment or engage with a post, that person is going above and beyond what most people do.

But even with this support, if you saw how many people actually see my posts on Facebook, you’d probably be surprised at the low number. Similarly, on Twitter the rate of engagement has dropped dramatically within the last few years. Although I do have a small group of people with whom I can count on regular interactions. Within these online spaces, the quality of engagement is meaningful, even if it is infrequent. For that reason, I’m not interested to join the #TwitterEvacuationDay or #dumpFacebookDay and head off to newer sites such as Mastodon.

So why do I keep on keeping on with it?

This is the Destination of My Reach

Are you single? Well then, you’re a household of one. Or maybe you’re married but don’t have children. Or you’re single and live with a cat, dog or many animals. Family comes in many shapes and sizes.  Are you a dedicated grandparent or full on aunty or uncle? My content will be just as interesting to you as it is to a parent.

This is What Drives Me

I’ve always tried to share an eclectic range of information from British Columbia and beyond that focuses on a broad definition of “family”, and supports community building.   After so many years taking a kick at the can, I can say with pride that I haven’t dropped the ball and I’ve shared some pretty great content along the way. 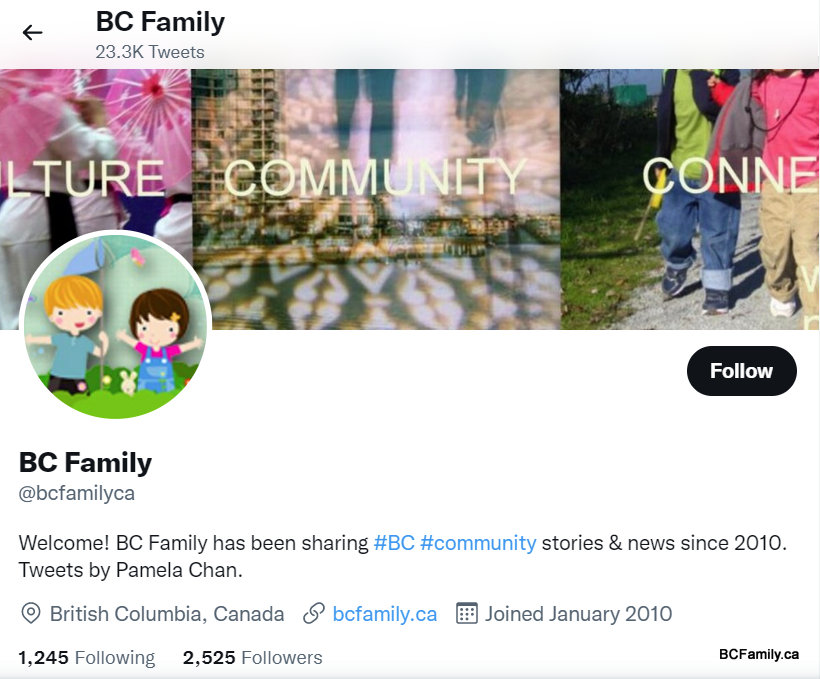 A few years ago, a user on Twitter complained that my content is dull and mundane. (This is someone who knows my extended family socially by way of my parents. Nice, aren’t they? )This user is a vocal critic of Facebook and often drops digs aimed at people who publish their content on social media. According to this person, social media types are too busy being self focussed and sharing their content to care about other people. Really? Because that’s certainly not been how I’ve focussed my efforts.  I’ve always tried to engage with people in my community, and farther afield, when I do happen upon their content.  And I know other people running sites who are the same.  It’s not always easy because the online space we use has become very busy; however, we’re all doing our best – myself included.

Who are  – to quote this person – the so called “social media experts” or “social media consultants” who are “only interested in broadcasting”? What’s that about?  Even though many people are sponsored by corporations to do social media work, I’ve never met anyone in the BC social media community who presents themselves in that way.

These swipes are strange when I consider that a few years back the same person gave me props for keeping up with my efforts to publish online over the years.

What’s driving this type of criticism? It’s worth noting that it’s more than this one person who is pushing this same argument about people who publish online. I agree that the cacophony of noise online can be confusing and it’s easy to become overwhelmed or to start seeing motivations in other people that don’t exist.

My reasons for publishing online haven’t changed over the years. I have the same passions that focus on supporting families and individuals in society; social justice issues; community building; and, in particular, topics that affect the disenfranchised and those in need. My current key interests are supporting public education and youth with mental health and addiction issues. I truly believe that in a drip drip sort of way, our individual efforts face-to-face and online can have the ability to effect change and promote social good in this world.

I won’t say that I’m sorry if this type of content strikes someone as being mundane and boring. I’m not going to stop at this point. 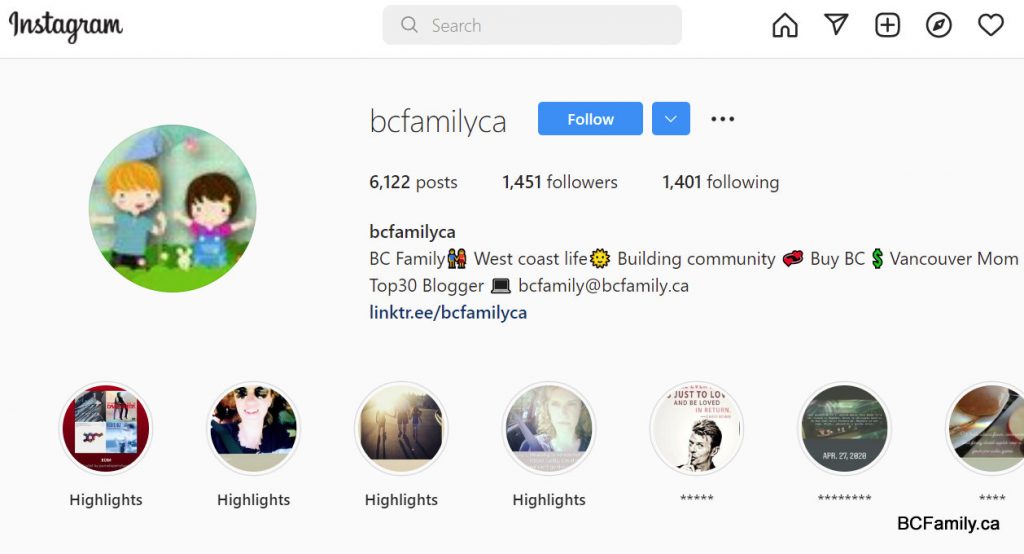 When I first started BCFamily.ca, I felt strongly that the quiet majority have the right to have a voice.  I’m using my voice and helping to share and amplify the messages of other people in British Columbia, Canada and around the world.  Over 12 years later, my conviction about this right and obligation is as strong as ever.

Why not?  I’ve got nothing to lose and everything to gain.

And so do you by the way. If you’re thinking about using a media tool to exercise your right and ability to speak up, go for it.  And don’t let anyone discourage you in the process.

You can comment about this posting on the BCFamily.ca Facebook page. Your contribution matters so don’t be shy!
Related
How Highly Resourced Individuals Can Work Towards Systemic Change
If you’re keen on the topic of social media for social good, check out the video below.
https://www.youtube.com/watch?v=bWA1gvA5lxU