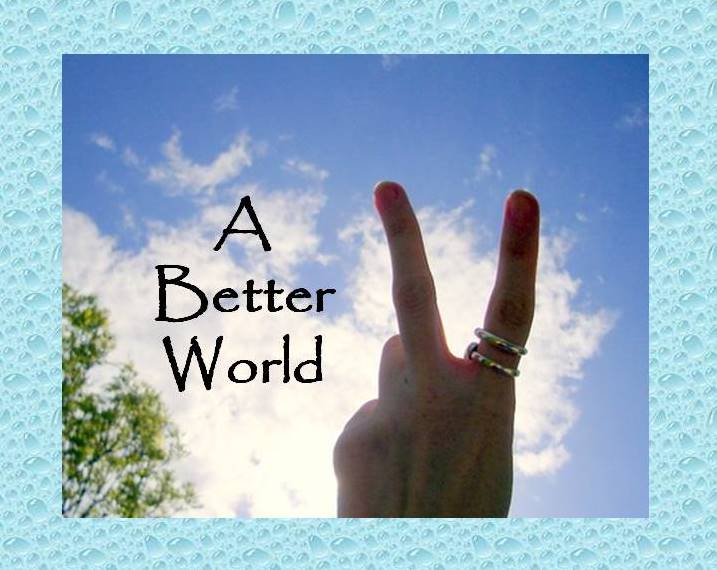 In peace time women are discriminated against.  In war time they are targets.  (JR, Photographer)

JR is a French “guerrilla artist” who takes art to people who would not normally be exposed to art.   He works under the radar, without approval from local authorities, and exhibits his work in unexpected public places such as on building walls, empty swimming pools and buses.  He is the winner of the Ted 2011 prize and will announce his next project in March, 2011.

In his short 28 MM film “Women are Heroes” JR explained that he and his team went to countries in Africa where women struggle. They wanted to let the women tell their stories.  When they arrived in Africa he observed that women reveal the whole condition of society even though the men are in control of the streets.  When they took portrait photographs of the women they thought that they would see the pain the women are feeling inside.  Instead they saw life.  They saw joy.  JR explains that “the real heroes are sometimes not where you think they are.  They are right there in the street.  Everywhere around you.” 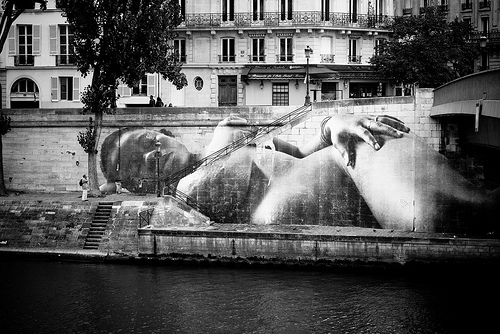 Here is the official description of the aims of the project.

The Women project wants to underline their pivotal role and to highlight their dignity by shooting them in their daily lives and posting them on the walls of their country.

On the other hand, by posting the same images of these women in Western countries, the project allows everyone to feel concerned by their condition and connects, through art, the two different worlds.

Kenya, South-Sudan, Sierra-Leone, Liberia – The violence suffered by women there is the extreme expression of discrimination. The ethnic wars in Africa are a source of the worst crimes on women. When meeting them, JR wants to testify of their force, their courage and their noble struggle: first to live, then to exist.

To the limits of contemporary art – the goal is once again to reach the limits of Art in a closed social and cultural environment and watch the reaction of the local population. What is at stake here is the assessment of the possibilities of intervention in the different environments. The success of such a process allows drawing a status of women in their countries. Proof by action is chosen.

The Women are Heroes video and the related interview (see link below) are inspirational pieces that speak to the joy and spirit of perseverance that exist in communities, families and homes around the world.  What would JR’s project look like if he came to British Columbia?  Who would he choose to tell the story of the people of BC and their daily struggles?  How would people respond? For a local project with a similar goal, see documentation related to the Hope in Shadows project – a community project based around a photography contest for residents in Vancouver’s Downtown Eastside. 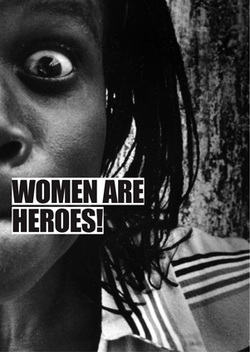 One thought on “A Better World: Women Are Heroes”