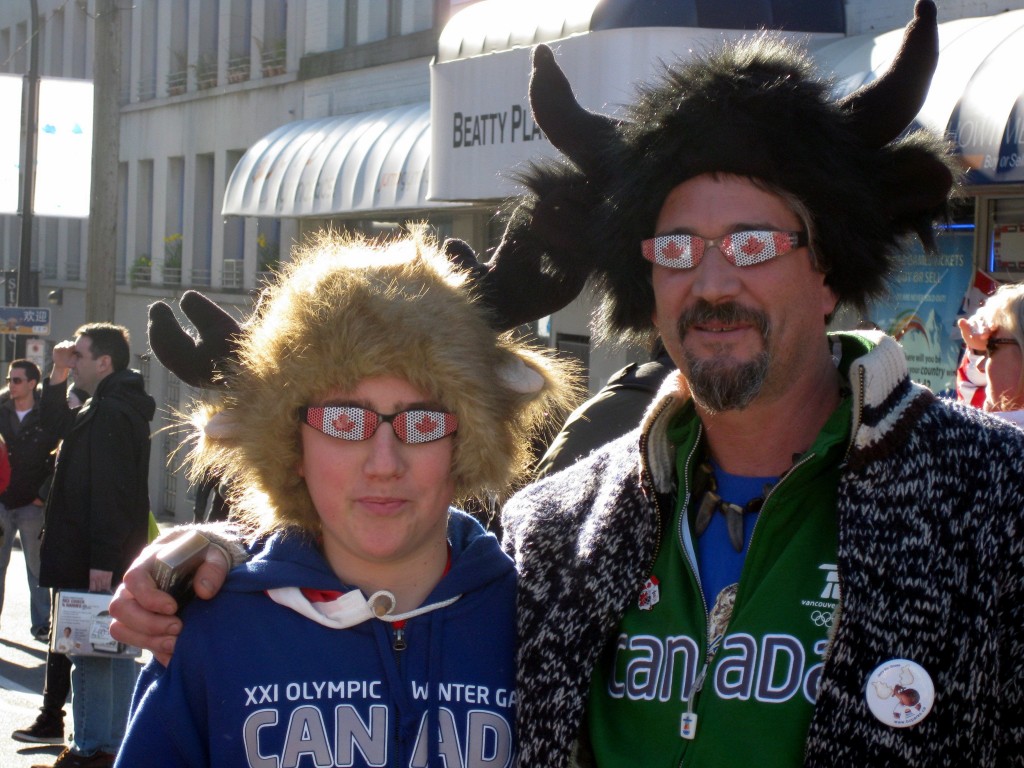 It has come as a surprise to some Canadians that so many of their compatriots are ready to wear their national pride on their sleeve – quite literally – during the 2010 Vancouver Winter Olympics.  In the downtown core of Vancouver, in particular, crowds are a sea of red and white as revelers call out “Go Canada” and “O Canada” spontaneously.   Lineups for venues are long but the sense of camaraderie is strong. The mood is decidedly harmonious and upbeat – even when the hockey team is beaten by their United States rivals.  Canadian who have lived overseas as expatriates know what Canadian pride outside of July 1st is like.  For the rest of the nation this fresh opportunity to support and champion all things Canadian is a welcome opportunity.  Hopefully these Olympics will awaken in British Columbians a desire to continue to engage in community, arts and sporting events.  In recent years events such as First Night for New Years were canceled by the City of Vancouver officials due to a concern for public behaviour.  Canada Day celebrations in Vancouver are, hands down, some of the most uninspired in the country. Hopefully post-Olympics there will be changes!