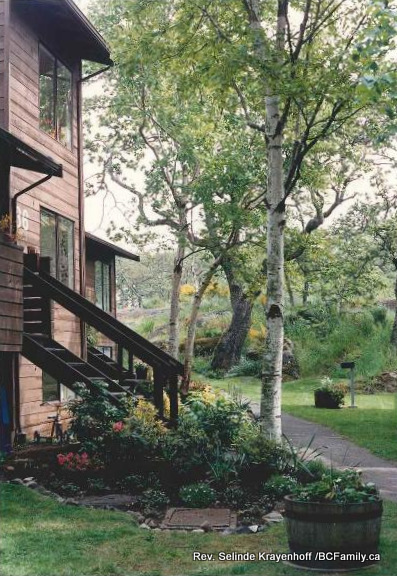 When I was in my twenties, I moved from my home on the westcoast to study in Toronto. I settled into a loosely based community on the east side of the city. In this community of about 10 households, we shared resources as well as ordering our food together in bulk. Other than growing up in the community I knew as family, this was my first experience in living cooperatively. Many of the homes housed young families and I supported myself as a student by babysitting and house cleaning for the parents.

One day, on a bike ride, I discovered a whole new community development downtown by the St. Lawrence Market. The whole area was being gentrified and there was an information table set up to tell people what the development was going to look like and what it was going to offer. I found myself engaged in conversation with someone who worked with the Co-op Housing Federation of Canada who told me about the Co-op Housing Project that they were sponsoring in the area. Was I interested? I had never heard of Co-op Housing but my experience the previous two years had opened my mind to the possibilities and benefits of living intentionally in community. I wrote my name and phone number down on the paper the person gave me. And through that simple action, I found myself being invited to attend an information session about Woodsworth Co-op Housing. I was so excited that I signed up to be one of the first members.

Within the year, I was living in a brand new apartment in the heart of Toronto for the grand sum of $230.00 a month. This was in 1979. Equivalent apartments in commercial buildings were renting for 3 times that amount, or more. It was a sought-after community to live in.

My apartment was large and bright with views of both the Market and the CN tower. Upstairs where we had laundry facilities, we also had saunas and a party room with patio. For the grand sum of $10.00 I rented that room to get married in 3 years later! And my new husband and I continued to live on in that apartment for 3 more years and when we left the housing charge had increased to $340/month.

The next chapter in our co-op housing story came when we arrived in Victoria, B.C. in 1987. After our Toronto experience, and with no job and a toddler in tow, we immediately searched out how to find a new co-op home to belong to. It took a while, we had done our research and knew which co-op we wanted to live in, but after a year of paying exhorbitant rent, we were accepted into Wilderness Housing Cooperative.

Living in co-op housing allowed us to manifest a way of life we really valued. First of all, the housing charge we paid for a 4 bedroom town house (after our initial membership share of approx. $5,000 was paid) went from $560 to $640 in the 18 years we lived there. This allowed one of us to work only part-time in order to meet the needs of our two sons as we saw them. The other thing co-op housing allowed us to do was to start our own business, Island Parent Magazine. Our particular co-op had a ruling that no member would pay more than 25% of their income towards their housing costs so, for several months as we struggled to get the business off the ground, we had the added support of the co-op as it covered a small portion of our monthly housing costs until we were in a position a year later to pay our full share.

Living in co-op housing has so many benefits;  it’s difficult to account for them all. 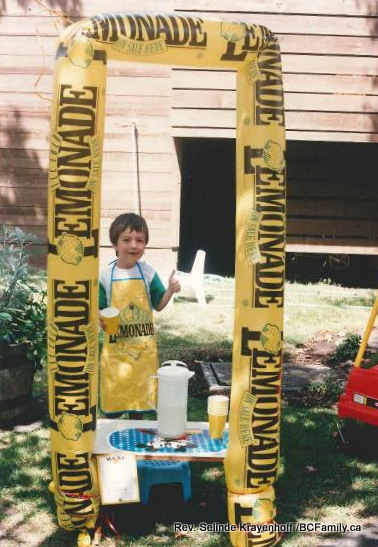 Our co-op was designed so that there was a large, traffic-free area where all the children could safely play. We took turns supervising the children and as relationships formed between the parents and between the children, it meant that most play dates were spontaneous and didn’t require scheduling or travel by car.

I remember the Hallowe’en when our son announced incredulously, “Did you know that you can trick-or-treat outside the Co-op too?!” There had been so many years when the trick-or-treating took place within the 40 units of our extended home, ending with hot chocolate on someone’s back deck and fireworks in the common area. For many years, the co-op provided just the right amount of candy until our sons got savvy and wanted to go for broke and fill their bags to overflowing!

Many people have good neighbours so co-op living is not necessarily exceptional in this way. But when you share concern for the well-being of not just your neighbours but their homes as well, it can be amazing what people will do. We were away during the excessive snowfall of December 1996. One neighbour shoveled the snow off our roof.  Another came and collected our cat and brought him to her house to care for. 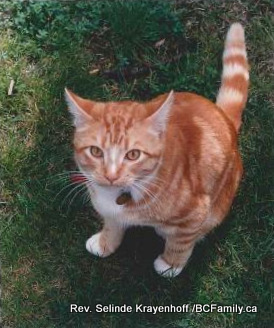 Speaking of the cat, Pumpkin was a rather large and very friendly fellow. The vet recommended we put him on a diet. We tried the diet food to no result. As I was wondering out loud to a group of neighbours why this expensive diet food wasn’t working, one said, “Oh, Pumpkin comes by regularly for treats.” Another joined in, “Yes, we always save our salmon skins to share with Pumpkin when he comes to visit.” I was astounded to find out that Pumpkin regularly made the rounds of the Co-op, even entering people’s units confident that he would be met with kindness, and often a treat. Mystery solved.

I tell this story because it illustrates the kind of community that co-op living can facilitate.

Lack of financial stress, community support, security towards retirement and living out your values are many of the reasons people look to live in co-op housing.

I personally think the people’s commitment to personal privacy and private property comes at a great cost. We have more loneliness and isolation that ever before. We have people stressed to the max about money. We have parents working full time with less time and energy to spend with their children. Housing should not be a commodity vulnerable to a fluctuating market. Housing is a basic human need and co-op housing is a wonderful alternative to commercial rental.

You take pride in your home, in your community. You work together with others to create the kind of community you want to live in. You are held accountable by CMHC to ensure that, as a community, you have adequate funds to take care of roof, rug, applicance, and window replacements. There are guidelines to make sure that communities don’t make poor decisions.

Of course, it’s not always easy to live in community. There are conflicts, there are uncomfortable experiences. But life is like that. And if we work through our difficulties, we learn a lot about what it means to be human, to care about others, to let go of some of our preferences, and to take the good with the challenges.

We left our co-op home unexpectedly after 18 years when my husband got a job up Island. There was no Co-op housing where we ended up, so at 50+ years old, we bought our first home. We loved it. It was a heritage home with a view of the water. It ate up most of our cash and a lot of our time. We sold it after 3 years. We were sad to let it go, but the relief we felt was enormous. We wanted to spend our time with family and friends, in nature, traveling; not just fixing up a house.
Now we’re having a tiny home built. One on wheels. Because we’re not sure where we’ll settle once it’s done. We like the idea of a tiny home community. And maybe we’ll find one. Or create one. But wherever we end up, we know that our housing is secure (we can take it with us!) and it won’t eat up the lion share of our income and tie us down.

We don’t want our housing to burden us; we want to be free to put our energy, time and money towards causes and experiences that serve others, and serve life.

Selinde Krayenhoff is a community worker, writer and co-founder/publisher/editor of Island Parent Magazine. In her second half of life, she has become a priest with the Anglican Church, serving in Nanoose Bay on Vancouver Island.

You can comment about this posting on the BC Family Facebook page.  Your contribution matters so don’t be shy!