When you put your hand on a friendly face, you make contact right away. You communicate warmth. Show that you’re close by. It’s a gesture that comes to me naturally from the heart.” Diana, Princess of Wales 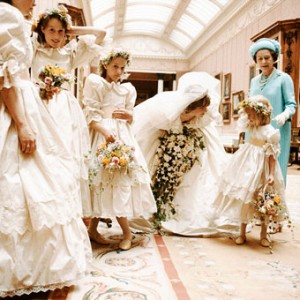 When Prince Charles married Lady Diana Spencer, I was a preteen, middle school student living in Asia.  As this was the pre-Internet era, our knowledge of the details surrounding the engagement and upcoming wedding were limited to a few articles in the newspaper and international magazines and snippets of information on the news.  We could see that Lady Diana was clearly beautiful and that she came from a distinguished and wealthy British family. (The Spencer estate is currently valued at $100 million.)  We could also see that this was no ordinary English rose.  In fact it is said that she was more blue blooded (as in “English”) than Prince Charles. 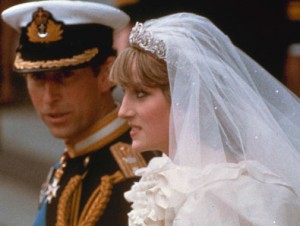 The wedding day arrived when my family and I happened to be staying in a luxurious hotel in Metro Manila.  As we watched the wedding unfold, our dinner was brought to us in our room under silver domes.   It was the perfect set-up. I couldn’t help but compare the full, creamy look of Lady Diana’s gorgeous wedding dress to the creaminess of the vanilla ice cream in front of me.  Flower girls trotted down the aisle in adorable dresses and carried pretty flower baskets.  There were horses and carriages and all the pomp and ceremony that the British could arrange for such an occasion.   I was impressed.

Seven years later I had the opportunity to see the wedding dress as it traveled as part of an exhibition. It was exquisite and featured beautiful fabric and embroidery. What struck me about the dress was that it seemed to be half of the volume that it was on the day of the wedding. Princess Diana gave the dress substance in a way that no one else could. During the years that followed my idea of celebrities was to purchase magazines and books about the Royal Family and to see them on walkabouts when they came to Canada.  I shook the hands of Prince Charles and Princess Diana on a walkabout on one such tour and was seen on the local news.  Recently I read the recollections of someone else who was there that day.  She recalled seeing tears in Princess Diana’s eyes. (It was the first birthday of Prince William, who was back home in England.)  I also saw the Queen, the Queen mother and Prince Phillip on Parliament Hill on two different occasions.  A few years later Prince Charles and Princess Diana attended a church service at my church in Tokyo.  I had to move from my favourite seat because it was set aside for Prince Charles.  My father was in the choir that day and sat facing Princess Diana.  His recollection was that she spent most of the time staring at the interesting beams near the ceiling and didn’t appear to be very happy. 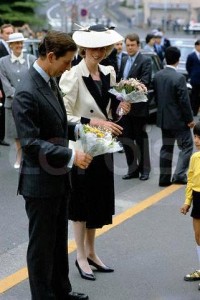 More than ten years after the premature death of Princess Diana, I want to remember the influence that she had on a generation of women born in the 1960s.  This influence was discussed at the time but has long since been forgotten. Yet it was keenly felt by a generation of women that summer in 1997 when we were shocked to hear that she had died suddenly in a car crash.   As the industrialized world struggled to come out of a recession in the early 1980s and families became more affluent, Princess Diana had a strong influence on the fashion trends of the day.  As I knew how to sew, I made outfits inspired by her fashion choices.  They were dresses you might have seen in the 1920s, 30s or 40s. Not the type of fashion a teenager would wear today in terms of quality or style.  I also had a tailor in the Philippines make some gorgeous fitted dresses and suits that echoed the influences of her style.   When I graduated from high school in Tokyo, my mother spent a week sewing a silk ball gown heavily influenced by the evening wear favoured by Princess Diana. While I did not copy her hairstyle, as my hair was not similar to hers, at one point I did end up with a layered short bob that fell over my eyes.  Following the Farah Fawcett type hair trends of the 70s, Princess Diana made short hairstyles look chic. 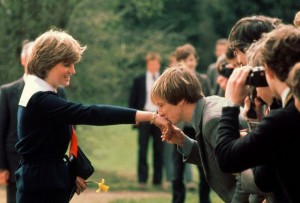 From shoes, to neck and hemlines, fabrics and style influences to ball and wedding gowns, her taste could be seen in the wardrobes of women around the world.  As she matured into a woman in her 30s, her style evolved as well.  She became an elegant and stylish woman always at the forefront of the fashion trends.  Her photos graced all the right fashion magazines.  Even though she was nine years older than me, it was hard to not notice her influences in the fashion world.  In later years, when I was a single woman living in Asia and working for an international organization, style leaders like Princess Diana did influence my shopping choices. Years later as I prepared to marry, I had my florist copy the flower baskets and head garlands featured in this royal wedding.  I was more excited to see this royal wedding inspired detail than my own outfit! 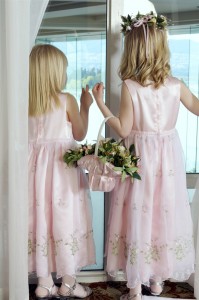 Since her marriage in 1981, we came to know almost too much about the misery in her life.  In particular about the loveless engagement and marriage that she endured to Prince Charles.  The glow of that glorious wedding day quickly disappeared.  The dreamy story of a young woman marrying a Prince was forever tainted.  We could, however, also see her devotion to her boys and the love and care she put into charity work such as visiting people sick with AIDs and campaigning against landmines.   She shared details about her struggle with bulemia and gave heart-felt speeches about matters related to families and individuals.  She even had some thoughts to share about the importance of hugging. “Hugging has no harmful side effects”, she said.  “If we all play our part in making our children feel valued, the result will be tremendous.  There are potential huggers in every household.” Many years later, as I raise my own toddler twins, I often think about her simple message about the importance of hugging. 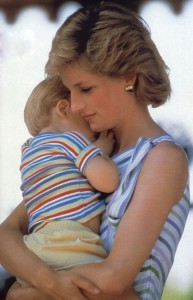 It all started on that July day back in 1981. Royal weddings – when they involve Kings-in-waiting – are big news.  This is especially the case in Canada as we are members of the Commonwealth.  For young girls these are truly impressive affairs. If you saw a school girl gazing dreamily at the television while Prince William and Catherine (Kate) Middleton married, I hope you let her enjoy the moment and held back your jokes about the cost of the wedding (estimated at over $100 million) or the modern day relevance of the Royal Family.  If a young girl wants to admire Catherine Middleton for the simplest of reasons, give her the space to do so. Who knows what positive influences could come out of this experience. 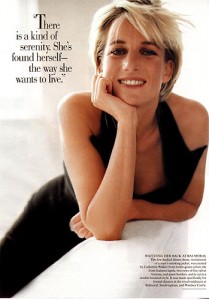 Video clip of unseen photo with Princess Diana and her children 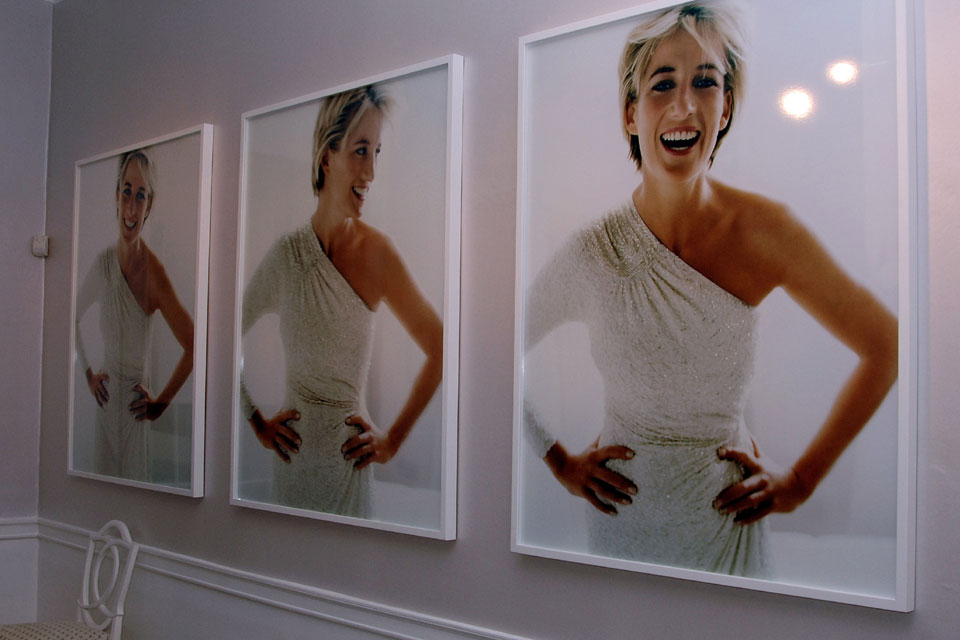 One thought on “Daily Dish: That Other Royal Wedding”