Recently my family and I moved to a well manicured, upscale neighbourhood in Vancouver. It’s the type of neighbourhood where yards are nicely designed, the grass is green and you get a fleeting glimpse of your neighbour’s SUV coming and going, every now and then. You rarely meet your neighbours. Although when you do they are very friendly, hard working folk. So I was as bit surprised when the doorbell rang the other night and I met my neighbour’s family member for the first time. (I met the owner of the house the day we moved in and haven’t seen him since.) He informed me that their house had been robbed during the daytime.

I was shocked.  This was the kind of story I expected to hear in upscale neighbourhoods in Vancouver.  Why would a robber come here when they could cruise around Kerrisdale or Shaughnessy? While we knew that robberies could be a possibility here- as they are anywhere in the Lower Mainland –  we didn’t expect to hear that one had happened in the middle of the day.  I left my husband in charge of the children and went next door to see what had happened.  I found that the robber/robbers had kicked in the double front door. The front lock and two smaller vertical sliding bolts were kicked in and the door frame was broken.  Three cats who lived in the house fled and the robbers made off with a flat screen TV, other large items and a  good amount of cash.  The alarm system in place in the house was disabled. It was not clear how they disabled the alarm, but it seems that it was not connected to the alarm company’s main alarm system. 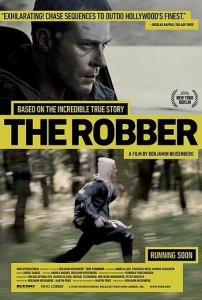 In a way it was strange to be hearing about this robbery because that very day the topic had come to my mind.  As I pushed my children away from my home in their stroller that very morning, the thought came to my mind that a robber could easily monitor my daily comings and goings.  Coming home I passed by the neighbour’s house and noted that they had an alarm company sign and stickers. Although I knew that many home owners have the signs but don’t actually have the alarm hooked up to the company system.  At the time we did not have an alarm system, unlike most of our neighbours.

What also struck me as remarkable was that the robber/s decided to break into the home while someone was in my home.  Between myself and a contractor, someone was in our home all day.  Nobody heard when the door was kicked in and the alarm went off.  I later heard that robberies are common on rainy days when the sound of the rain can muffle the noise of a break-in.  I also found out, after talking with a policewoman, locksmith and security alarm company employee, that daytime robberies are common.  Robbers often go through the front door, although it is said that single hung back doors and side doors to garages are also popular. I also heard that double doors are particularly weak.  Locks do not fully protect a door as any door can be kicked in if enough force is applied. However metal slide plates around door locks can be helpful.  Apparently you can buy suspension bars for patio doors or you can drill two bolts in the top track of the door to stop the door from popping out if a robber tries to remove it.  You can also buy double deadbolts for doors that have a glass window next to the door. While the fire code doesn’t prohibit extra deadbolts from being added to doors, some people feel they are hazardous if there is a fire. Others say you an always sleep with one deadbolt off.  Some doors are also stronger than others.  Alarm systems do help; however, good luck figuring out which company to use.  Reviews on the Internet are confusing and mixed.  The response time to a verified alarm depends on a number of factors.  If you pay extra to have a security company verify an alarm, the response time might be shortened.  Or you will hear claims that it takes hours for private security personnel to get to your home. There are mixed reviews about what kind of support you can expect from the police force, so it’s best to not share any misinformation on this page! The best defense is probably to have your home insurance plan updated to include your big ticket items, back up your computer regularly to an external memory device and then hope for the best.

Wow.  A daytime robbery next door really freaked me out.  I stayed home the next day and formulated a plan to make our home more secure.  There are people out there who will say “#@*** happens.  What can you do?  Just live your life and get on with it.” OK.  Fine.  But I’m the one who was home alone with two toddlers when a bunch of bad *ss people visited my neighbours, forced their way into the house and cleared them out.  It could have been our home.  I was advised by the policewoman who visited the neighbours that the robbery was probably an insider job since robberies are not common in our neighbourhood.  This assumption reminded of the time when an inspector visited me at my home in Yokohama, Japan. He wanted to know what I had witnessed a week earlier when I walked down a path on the way  home from work.  About the time that I was returning home, a grandmother was killed in her apartment. When I shared this information with my colleagues the response I received was “it’s nothing to worry about.  She was probably connected to the mafia.”  Hmnn.  Yes that’s right.  An inside job.  Isn’t it always the way?

Image from The Robber by Benjamin Heisenberg, released internationally in May, 2011