Have you ever been told that your contribution in a professional or formal setting was embarrassing?

“If liberty means anything at all, it means the right to tell people what they do not want to hear”. George Orwell

It’s a blurry memory that has been stuffed deep into the recesses of my memory bank yet every now and again it is triggered and resurfaces.

I once received an E-mail containing an apology.  At least I think it was an apology.  A day earlier an E-mail had been sent to me in error.  The author intended to write other members of my professional community to tell them that my contributions at a meeting had been embarrassing.  The meeting was focussed on making a selection that involved various options.

You must have done this at one time or another.  You’re thinking about someone and you type in their E-mail address  but you didn’t mean to.

At the meeting I raised questions and commented on issues that were not personally relevant to me. The outcome of the choice that was to be made would have no direct bearing on my life. I naively believed that the process was an open one and that all possibilities were open for selection. Clearly I hadn’t been following a prescribed script. I hadn’t focussed on the right, predetermined goal. 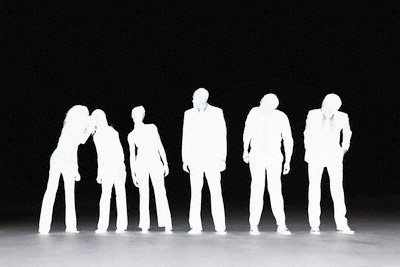 If you have taken part in any interview processes (on either side of the table), you could very well feel that the top candidate has been pre-selected before the interview takes place. In many circumstances you would be right. If you are taking part in some kind of selection process, what are you going to do if you find out that the outcome appears to have been predetermined?

You can defend your point of view in a meeting but you cannot defend yourself from discussions that take place about your ideas behind your back.

If you do find evidence that your capabilities are being roasted, take action.  Let the person know (as long as he/she isn’t you boss) that you are aware the he/she is sharing an opinion of you.  If he/she IS your boss, return to the Know Your Politics area and think long and hard before broaching the subject.

In the apology I received I was informed that I had expectations about how the senior organizer would perform.  This took the focus on the effort to discredit my intellectual capabilities away from the person in charge and laid them at my feet.  A game of word play ensued when I was told that a statement about my embarassing contributions was not meant to imply that my contributions were embarassing. After all – the comments were shared in private. Eh?

Here are some encouraging words from author and coach Peter Bregman and the good people at Harvard University:

Emotional courage means standing apart from others without separating yourself from them. It means speaking up when others are silent. And remaining steadfast, grounded, and measured in the face of uncertainty. It means responding productively to political opposition — maybe even bad-faith backstabbing — without getting sidetracked, distracted, or losing your focus. And staying in the discomfort of a colleague’s anger without shutting off or becoming defensive.

These are the things that distinguish powerful leaders from weak ones. And you can’t learn them from reading a book, taking a personality test, or sitting safely in a classroom.

So there you have it – emotional courage. That should be the new “on trend” buzz phrase.  Do you show emotional courage even though there’s a risk that your approach might be labelled as being embarrassing?

I know that my contributions in the meeting I’m describing were not embarrassing.  How do I know this?  I’ve had repeated feedback from senior colleagues over the years lauding my ability to be diplomatic, perceptive and astute.  I’m not going to argue that I’m like this all the time but I most certainly would take a measured approach in the company of my professional colleagues.

About ten years ago I realized that just because someone tells you that you are “X”, it doesn’t mean that you actually ARE X. This is simply his or her opinion.  I can make it clear that this is what they are really doing – they are sharing their opinion.  You can also try this approach.  “That’s interesting.  Do you know – you’re the first person who has ever said this?” (The older you are, the more effective this approach can be.)

These are the types of skills that we can introduce to the children in our lives?  How can they make it clear to others who might be trying to bully them that their unsavory assessment is simply their opinion?

What about you? Have you ever had someone send you an E-mail by mistake that revealed their true assessment of your personal or professional character? How did you respond?  What do you think about the concept of emotional courage?  You can comment about this posting using the comment function below. Your opinion matters so don’t be shy!