This is how I felt recently while watching an edition of Fox Broadcasting Network’s House.  I’ve been rewriting this page since then in an effort to make the content interesting enough for people to want to read it, but there’s a problem.  Who cares about what people in Hollywood say about people with a condition that you don’t have? Some might say “don’t get yourself tied up in knots.  It’s just entertainment.”

In the past two weeks I have encountered two separate potrayals on television that made my eyes pop. In one new and admittedly dark show a woman with Down Syndrome is described  by her edgy mother as being a “mongoloid“.  “Eh”?”, you say. My thoughts exactly.  In an episode of House a person with a hyperthyroid condition is described as being “crazy” and exhibiting irrational and impulsive behaviour such as extreme altruism.

On my hairiest of days I might refer to my day as being crazy. I might even make a joke about myself.  It is my choice to say “I’m crazy” or “I’m almost not crazy”; however, I’ll thank the men in Hollywood for not calling me “crazy” because of any health condition I might have. 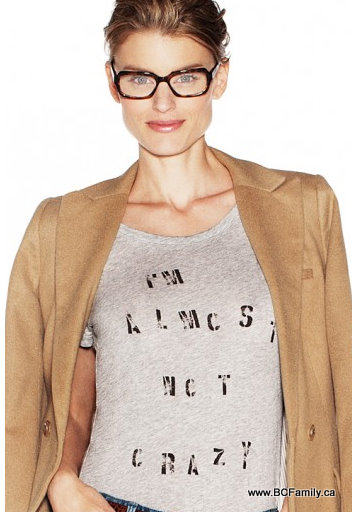 If you watch night time TV you’ll know that medical dramas are a casual information source.  Shows such as House on the Fox Broadcasting network  are known for their detailed presentation of information about medical conditions.  House is television entertainment but its existence relies on stories detailing actual medical conditions.   These TV dramas have large followings and the impact that the content has on viewers is significant.  For obvious reasons the producers of these shows hire people who provide advice regarding the medical information used in the scripts. One would expect that the information they present is accurate.  A viewer can sit back in his or her chair and not question the validity of the content that is presented.

Wisdom is grounded in humility and a sense of wonder.  Hopefully the directors, script writers and medical advisors working on the House show have the wisdom to realize that they made a “grave” error (excuse the pun) when they described a person with a hyper thyroid as being/acting crazy because of his condition.   If that realization doesn’t happen, let them speak to an endochrinologist who will be happy to discuss the mental health profile of patients with hyper thyroid conditions.

Here are some ways that directors of TV shows can ensure that medical conditions and the people who have them are represented fairly.

In a recent episode of House the character 13 described a patient with a form of hyperthyroidism as “crazy”.  As House’s team discussed what could be the problem, 13 proposed that it could be Graves disease or some kind of thyroid condition based on what they had observed.  It turned out to be a specific type of hyperthyroid disease – a single toxic nodule – sometimes referred to as Plummer’s Disease.  “Your patient is crazy.”  Does this sound like a professional perspective?

A reference to crazy behaviour is not a theme in the medical literature about hyperthyroidism.   Symptoms such as arrhythmia, muscle tremors, anxiety and fatigue are documented.  Patients can also experience dramatic weight loss, difficulty walking due to the impact of the overactive thyroid on the heart and exhaustion. Extreme altruism, irrational behaviour and related manifestations, as indicated in the House episode, are not documented in the literature.  It isn’t likely that the blood work of the patient on House would not present clues about his condition considering his collapse earlier in the show.   Additionally, it is not likely that there would be no evidence of anxiety once he was in an advanced stage of hyperthyroidism.  Moreover, doctors use radioactive iodine uptake tests (thyroid scans) as a more sensitive tool to diagnose a thyroid condition.  A patient could have normal blood work results, while a radioactive scan will show clearly that the patient has a hyperthyroid.  Doctors also administer other diagnostic tests before removing part of a thyroid.

The last comment a person with any condition wants to hear is that people with his or her condition are “crazy”.   Similarly, why recycle dated and insulting words such as “mongoloid” in an effort to taint the viewer’s opinion of the person who uses it?  This type of script writing makes real people with that condition feel uncomfortable and marginalized – an outsider compared to other people who are, supposedly, not crazy or different in some way.

Protect the Human Element in the Story 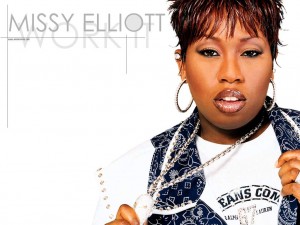 When the presentation of a condition on TV does not match reality, people who have this condition will feel frustrated, misrepresented and upset.  They will be concerned that people who know them will believe this faulty presentation of their condition and see them in a new light. As an example, people with undiagnosed hyperthyroid disease do not present as being “crazy”, whatever the use of that word is meant to suggest.  They can have meaningful, successful and high functioning experiences in a professional and personal sense.  They complete advanced degrees and hold down challenging jobs such as President, teacher, researcher, entertainer or author.  Rapper Missy Elliott was recently diagnosed with Graves disease.

When a TV script includes lazy judgments about people who have a condition, how does this content influence the viewers who might form misinformed conclusions.  People still struggle to maintain their dignity while coping with health challenges.  Misinformation complicates matters.  Employees hesitate to discuss their challenges as they can experience subtle and sometimes overt descrimination in the office.  Employers sometimes take information about a person’s health challenges into consideration when assessing a person’s performance, potential in the workplace or their use of sick leave and absences due to medical appointments.   This type of back-room and unprofessional assessment is hard to prove.

See the Person Not the Condition

Not only should a child not be named by the condition that he or she has, but he or she should also not be described using words such as “crazy” based on the condition they have.  (For example, a child HAS autism.  A child is NOT autistic.) It is easy to make assumptions about how the child will function in a group or educational setting based on what we might know about his or her condition.  A person should have the opportunity to live his or her life to its full potential without experiencing other people’s limited and judgmental perspectives.  The parents of a child who has a health condition will experience their own challenges as they try to support their child and arrange for the proper support.  They too will appreciate the understanding of others.

Be Humble. Be Open Minded

* through their efforts, encourage others to support people with specific conditions, be sensitive to their needs, champion their cause, advocate for support from public and private offices

* avoid jumping to conclusions about who they are, how they feel, how they function or what their capabilities are

* endeavour to be humble and have an open mind  – admitting that they know less than they think they know about a topic.

* think before writing dialogue that labels other people with judgmental descriptors such as “crazy”.

After all, we are all different in some ways, but we are all human beings with the same needs and desires and are more alike than we are different. 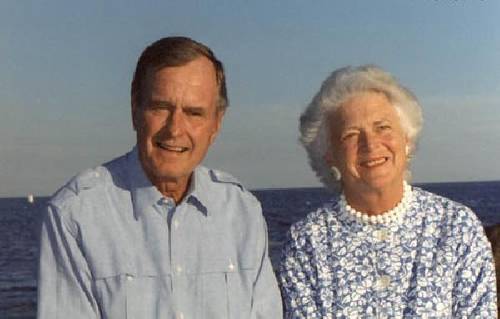 President George Bush Sr. and his wife Former First Lady Babara Bush (and their dog!) were diagnosed with Graves Disease.  While you might not appreciate their political views, no one to date has ever called them crazy, even when they were not feeling in tip top condition.

When we think about how we consider and describe the health challenges of others, we don’t need to think about being politically correct. Instead let us remember that we are all worthy of respect.  This is how we should measure our thoughts, words and deeds in relation to others. That’s not such a crazy idea, when you think about it.

Here are two examples, published on the SavvyAuntie.com site, showing how we can support people and families faced with specific conditions:

How to be an Auntie to Children With Special Needs

I’m Almost Not Crazy T-shirt by Sara Moonves . (Check out the Stylemint.com t-shirt website as well. The personalized shopping experience is a fun approach to shopping online.)