It looks like everyone is pretty much on the same page. There’s a reason you often hear people saying “don’t say whatever”.  The most unpopular word, according to a recent poll released in the news media today, is “whatever”. Other words on the hit list include the inappropriate use of “like” and phrases such as “you know what I mean” and “to tell you the truth”. “Actually” is also considered to be irritating. All of these individual words are normal words that are being used in inappropriate ways. If you simply cannot sustain this type of language, you will want to avoid taking public transit in the Lower Mainland. Tune into the conversations of people around you and …like you just … like, might go out of your mind. You know what I mean?

It is interesting that these highly irritating words come out of the Valley Girl dialect that is part of California English. Valspeak is the name used for expressions originally developed by girls in the San Fernando Valley in the 1970s and 80s. Examples of Valspeak include: like; as if; bitchin’; whatever; fer shur; totally; SO; seriously; gnarly; are you serious ; awesome; and, gag me with a spoon. It is a bit of a stretch to say that these words and expressions are no longer closely related to the image of the spoilt, affluent and self-loving Valley Girl. Twenty-plus years ago you presented as ditzy and vacuous if you spoke this way. Thus it could be argued that every person from age 8 to 48 (and beyond) who uses these words in some fashion today is aspiring to be a type of Valley Girl. 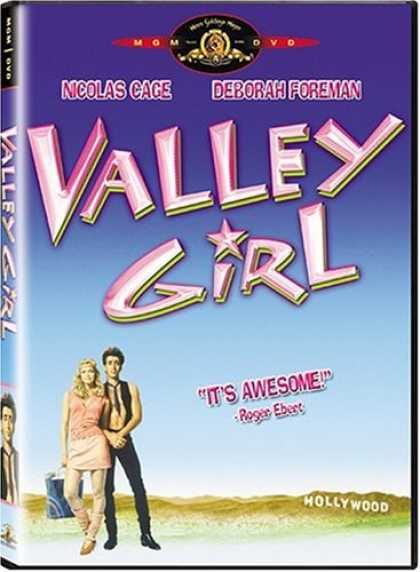 We can thank the Generation X for their contribution. All of the Generation X parents out there who cringe every time their child says “like” or “whatever” will have to thank their fellow Gen-Xers for this less than notable stable element in modern American English.  ..and thank YOU Frank Zappa for producing that Valley Girl song back in 1982. You reported a trend that, as you put it, turned into “cultural pollution”. You thought the song and its influence would go on the radio and then disappear. “Big crazy deal”, you said. As if, Frank. Like, were you serious?

On a more serious note, Frank clearly didn’t support the popularity and imitation that his song encouraged.  We agree with his suggestion that an alternative to the empty values and narcisism underpinning this type of language is the need to encourage honesty and a respect for craftmanship in our children.  Oh and let’s not forget encouraging an ability to speak full sentences without used hedges such as “like”.

The Zappas perform “Valley Girl” in 2010

We’d love to hear from you so don’t be shy!  You can reply here on the website, or over at our Facebook page.

Hope to hear from you soon!

Let’s talk about the issues and news that is having an impact on children and families in our community.  We’d love to hear from you.  Please feel free to use our comment function below, or leave a comment on our Facebook page