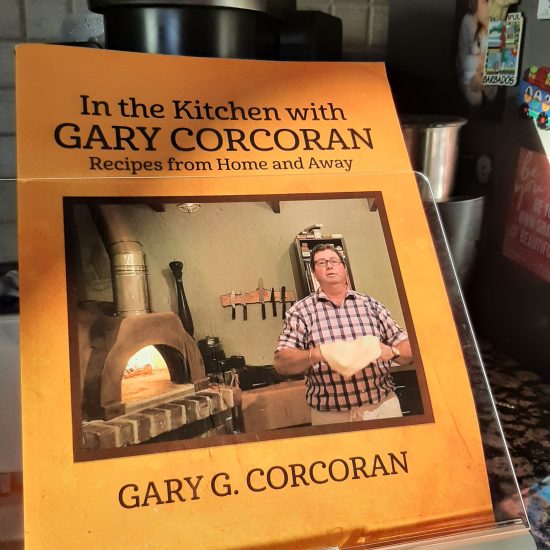 If you’re a fan of the musical Hamilton, you have probably also made the trek to see the musical Come From Away. People I know who saw the musical about travelers stranded in Newfoundland on September 11th, 2001 raved about it. Maybe the show got you thinking about Newfoundland and the fact that you’ve never been there. (Or maybe you have lived there or have visited.) I’ve been to every province and territory except Newfoundland. Every time I see one of the striking Newfoundland tourism videos I think that I would love to Come From Away there! So I was very pleased to be given a copy of the late Gary Corcoran’s cookbook – featuring the cuisine of Newfoundland. The cookbook is a true labour of love.

Gary passed away from ASL in May, 2021 and leaves behind this cookbook as a legacy to his love of cooking and as a fundraiser for charity. You can find chapters about appetizers, finger foods, soups, one pot dishes, comfort foods, slow cooking, pasta, seafood, canning, curing, sausages, international dishes, cooking for a group and desserts. Seafood dishes are sprinkled through the over 300 pages of recipes and Newfoundland dishes are featured throughout the cookbook.

For the recent Hunter Moon night, I made a boozy shrimp dish (without the booze unfortunately). But it was still tasty because I added extra roasted peppers for umph. My family appreciated that the recipe had an unexpected kick from red pepper flakes and cayenne pepper.

All proceeds from the cookbook go to support ALS research and Stoker’s Group of St. John’s Rotary Club. You can order the book at Amazon.ca, where it is currently 40% off, Barnes & Noble and Book Depository (which has free shipping).

Here is a cooking show that includes a video segment featuring Gary and his scallops recipe (at the 18 minute mark).