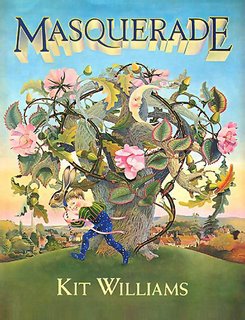 In 1980 Kit Williams published a book entitled “Masquerade” . This beautifully illustrated book included sixteen of the artist’s paintings containing clues to the puzzle of a hidden gold object. Prior to the publication of the book, the author created a gold filigree rabbit with a ruby eye and buried it in the English countryside. The quest for the golden hare drew worldwide attention as thousands of people sought to solve the puzzle and find the hare. Attempts to recreate the success and intrigue of this type of adventure have paled in comparison. 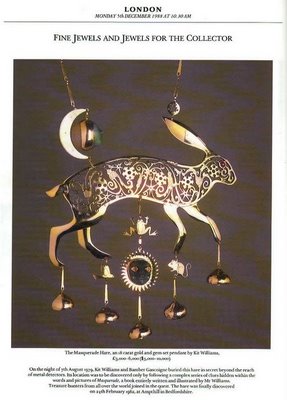 In a similar way the Vanishing Point game used an online website and clues from live events to solve the puzzle. This multi-participant quest was reminiscent of the Masquerade puzzle launched 25 years earlier. The first clue (prerecorded) and other live events could be found on The Vanishing Point website as well as on Youtube.com.

Until April 4th, 2010, Lindt is offering a cash reward of $10,000 for a “lost” gold bunny.  If you are hankering to play a game for fun and money, head on over to the Lindt website.  The game is a fun challenge for school aged students.  For Clue #1, for example, an adult could help a child figure out the location of the flags in the photo and look up any signs that may be in the picture.  Through some Google sleuthing and after thinking about geography, the adult and child will be able to figure out the clue.