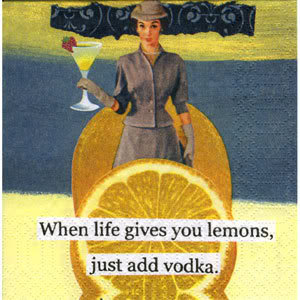 In an episode of the popular Made in Canada TV show Being Erica, Erica learns the value of setbacks. While taking tea with her mother, played by Kathleen Laskey, the latter gives the kind of speech that any parent would want to give.

How do you respond when live deals you a blow? Here’s what Erica’s TV mum has to say:

When you hit a bump you pick yourself up and you keep going. Things don’t always turn out the way you imagine. Life deals you a hand and no matter what card you’re holding, you have to play it. …and it’s hard and it never stops being hard. But you learn …and you change … and you grow. …and even in my darkest moments I remind myself it’s the reason we’re all here.

So you got fired.

So your job is being eliminated.

So you found out your US Naval officer boyfriend believed in having a girlfriend in every port and would further his career at any cost, including losing you. (Hands up here at BCFamily. Working on the screenplay. Kidding…about the screenplay that is.)

So your career is tanking – at least for the moment.

So you’re back down at the bottom again.

It could be worse. Get back up and keep fighting.

It’s hard to hear this kind of advice when life isn’t going the way that you’d like. This is when you need someone like a mum or friend in your life saying “that is terrible. OK. SO – what’s next?”.   It’s a blessing to have someone like that who can encourage you to keep going.  Hopefully if one door is closing it’s because another door is opening.

If this isn’t the situation in your life right now, chances are it is for a friend of yours. Look around.  Could you be the person who could help propel someone forward through challenging times?

Watch the whole show from December 1, 2009 (Those living outside of Canada should install Hot Shield/an IP blocker.) The tea time session takes place at 32.28 minutes.