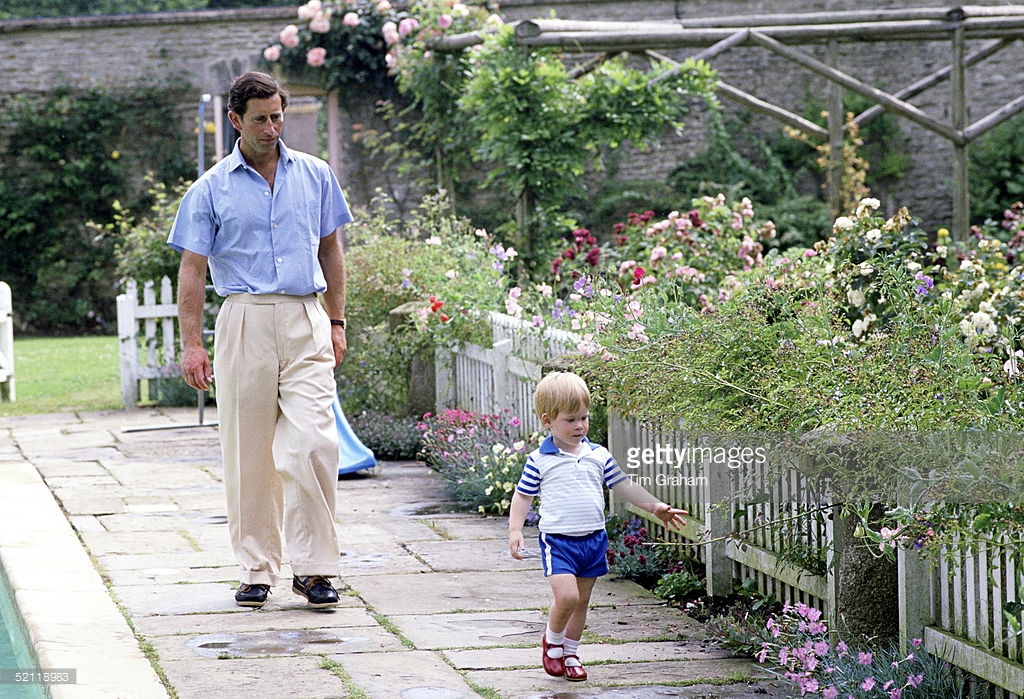 Prince Charles and Prince Harry in the garden at Highgrove, 1986.

“Gardening is like painting.  You need to get the paint on and not muck about.” (Prince Charles)

Garden season is in full swing as gardeners are putting in long hours caring for their window sill, patio, balcony, backyard and/or community garden.  There is no end to the ardening tips posts on social media and – if you’re like me – you probably lust after gardens like the one started by Prince Charles at Highbury, near Tetbury, Gloucestershire.

In a recent interview on BBC Radio 4, Prince Charles spoke about his garden at Highbury; his childhood experiences with gardening; and, some of his new ideas about encouraging children (including his grandchildren) to garden.

When Prince Charles and Princess Anne were children, they were given small garden plots where they could grow a basic garden.  He has fond memories of spending time in the garden and kitchen garden with his grandmother, Queen Elizabeth, the Queen Mother at Royal Lodge, Windsor Great Park.

Prince Charles has launched Prince George down the gardening path by having him help to plant a tree or two – including a balsam poplar tree. They shoved them in the earth (to use the Prince’s terminology).  Every time Prince George comes to visit, Prince Charles can have a conversation with his grandson about how much the tree has grown. In this way he hopes that his grandchildren will take an interest in gardening.  Prince George and his sister Princess Charlotte can use the impressive and recently refurbished treehouse in the garden at Highgrove that was once used by Prince William and Prince Harry. Their grandfather has also installed a handmade artisan’s shepherd’s hut.

At Highgrove and in Scotland, Prince Charles designs gardens based on what would appeal to a child – including paths, interesting features and even a maze at Dumfries House.  He likes to see a garden from a child’s point of view because he has “such happy memories about bits of garden” at his grandmother’s house, and he remembers from his childhood that children adore mazes.

“Try and take the rough with the smooth. Because no two years are the same.  So what was a disaster one year will probably be a success the next year.  So don’t despair.  Do you know what I mean? Nature’s quite interesting like that.” (Prince Charles) 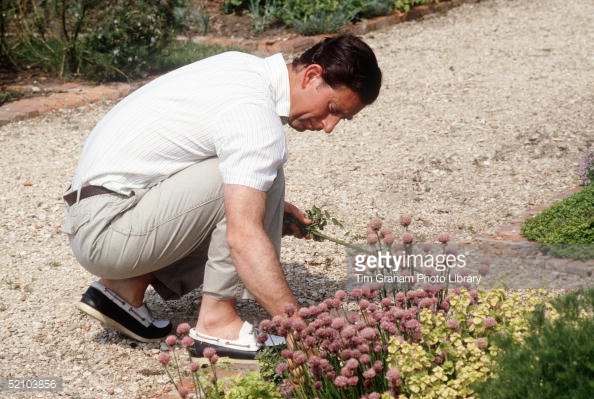 Other Tips From Prince Charles:

Do you have any favourite childhood memories about gardening? How do you involve the children in your life in your gardening activities?  How do you design a garden to appeal to a child? Where are your favourite gardens to visit in England, British Columbia and elsewhere? You can comment about this posting on the BCFamily.ca Facebook page. Your contribution matters so don’t be shy!

Marigold cottage, Sutton-on-Sea, an English garden that, like Highgrove, has been three decades in the making.

The refurbished treehouse next to the newly installed shepherd’s hut.