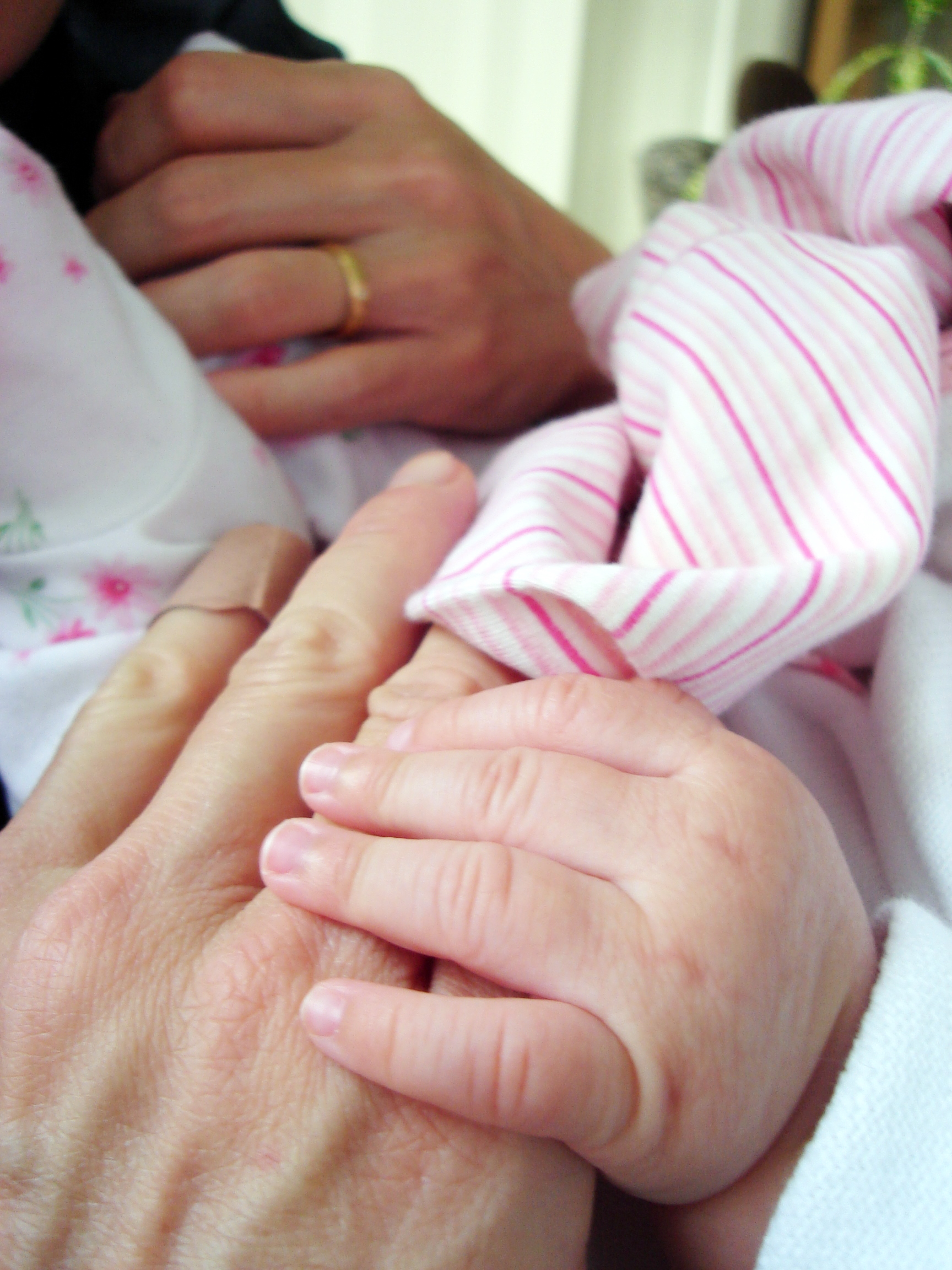 Ask any woman in her sixties or seventies and they will tell you that they used cloth diapers on their children.  They also made their own baby food.  A woman in her seventies or older will probably also tell you that she nursed her child and did not use formula.  Ask a parent living in a remote area of the developing world and she will tell you that her child goes diaper free. You also won’t have to look too far in the developing world to find children who are strapped to their mother’s bodies using various cloth contraptions.  There is nary a stroller in sight. In many households in the world mothers are not using baby food, copious amounts of diapers and harsh chemical-based cleaning products.

Why is it, then, that some older mothers feel the need to write about the so-called green parenting/attachment/Stay at Home Mom parenting interests of their younger female contemporaries?  Why do we find articles online and in newspapers and magazines that poke fun at, and criticize, new mothers?  Why do women who are ten, twenty or more years out of “young motherhood” feel the need to defend their own choices by painting the current interests and trends as unnecessary, trendy and over-the-top?

If a mother wants to cook a carrot on the stove and mash it rather than buy a jar of baby food for a dollar, why should other people care?  If she wants to use a cloth diaper, rinse it and wash it, just as women in the 1960s and earlier did before Pampers were the norm, why should others wag their fingers and mock her household water consumption?  If a mother wants to carry her child rather than push him around in a stroller for hours on end, is this so terrible? If she wants to nurse her child beyond six months, is this an unreasonable choice? If she wants to buy locally made clothes made out of natural fabrics, is she obsessed? If a mother wants to have her child sleep nearby just as babies have done in her ancestors’ families for generations, such we criticize her?  If she decides to not work out of the home and be with her child/children is she wanting to be “ever present” for, and spending every moment with, her child?  If a mother’s home has hardwood floors or tiles and she wants to make the effort to try the “diaper less during the day” trend, is this an unreasonable endeavour?  Should we conclude that mothers making these decisions are victims who feel a loss of control in the face of challenges such as pollution in the environment? 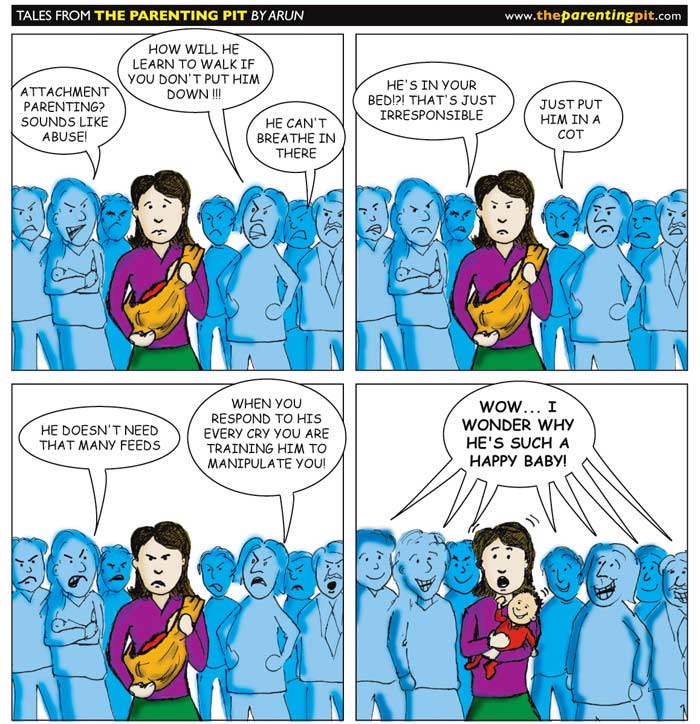 Are parents today more “ insufferably obsessed then they’ve ever been“?  Popular Vancouver Sun columnist Shelley Fralic thinks they are.  She also thinks that back in the day – when her age group were raising young children – motherhood was a lot simpler.  This is a generation of mothers who embraced breast feeding, unlike mothers in the 1960s who believed their doctors’ claims about the science behind formula.  The La Leche movement and home birthing pools are not inventions of the 2000s. The children of Fralic’s generation were raised in an era when DINKs (double income with kids) were sending their little Johnny and Susies to every camp and class going.  Baby boomer parents lavished all manner of praise and money on their children. Their children could do no wrong, and many were considered by their parents to be naturally gifted.  Not surprisingly there was an increased interest in “programmes for gifted children” in schools.  Many Canadians younger and older than the baby boomers will recall how parenting played out in the so-called “simpler” days of twenty odd years ago.  Some of the offspring of the older Baby Boomers are now attending group counseling in college, sharing stories about how they were over-catered to and micro-managed by their parents. Meanwhile come colleges are holding workshops to help parents “let go” of their children.  The results of the parenting styles of the Shelley Fralics of this world suggest that the criticisms older women levy on their younger  counterparts are not based on rock solid parenting approaches.

A recent article by feminist and author Erica Jong suggests that mothers today are jumping on the green/attachment parenting band wagon due to a feeling of loss of control.  If we are going to start attaching deeper, psychological meaning to simple actions such as making a pasta meal for a baby from scratch, perhaps we should investigate why the Erica Jongs of this world feel the need to analyze motherhood trends today.  Perhaps they feel the need to defend their own decisions thirty years ago. They want to believe, and want the world to believe, that the work/life balance that they chose was the best possible choice for children then and now.  Unfortunately they do so at the expense of other women.

You know a subset of mothers feel particularly entitled and overly self-assured when they feel the need to write about “scaring [a younger mother] one horror story at a time”, telling her that her viewpoint is “bullshit”.  “I felt a sadistic rush of pleasure, the kind I imagine college seniors get when they’re bullying pledges during frosh week”, one such 40 something mother of teens wrote in a More Magazine (Canadian edition) opinion piece. “[The young mother to be] fled, I mean left, soon after, her face turned pale. Too bad — the rest of us were just starting to have a good time.”

Maybe if women of all generations were more consistent about banding together and supporting each other we would have the type of early childhood education and [day]care that women in countries such as Sweden enjoy.  Maybe maternity and paternity leave provisions in the United States of America wouldn’t be so pitiful.  The next time a new mother reads a critique of parenthood today – read motherhood – she should dare to push back.  After all, if we are going to start labeling ideas as “bullshit”, let’s make sure we identify the right ones.