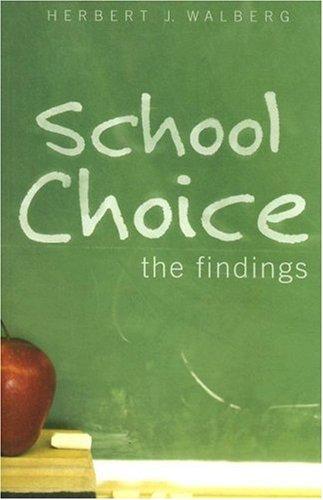 Recently there has been increased coverage in the BC media outlining the challenges east Vancouver public schools are facing in light of a proposed plan to close five elementary schools.  Information has come to light about the results of school choice/open boundary policies that came into effect in the early 2000s when changes to sections 2 and 74.1 of the School Act were implemented.  While parents have always had the option to move their child to another catchment area, with the implementation of the open boundaries policy, this possibility became more transparent and parents responded enthusiastically.  It is now reported, unofficially, that as many as 80% of children in some schools on the west side of Vancouver are coming in from out of catchment areas.  One former principal also reported that she was losing as many as 45% of her children to other schools.

The curious result of this media coverage is the conclusion that nobody seems to have a solution to the problem.  Nobody wants to take away the right to cross boundaries to other schools.  Nevertheless, the school choice options in Vancouver are helping to create a “have and have not” situation.  Families who have the resources of time and money are taking the opportunity to travel long distances to get their children into schools that they perceive to be better options for their children. Meanwhile the families that are left behind are faced with the reality of losing their neighbourhood school, or keeping their children in classrooms that lack the necessary diversity that one hopes to find in terms of student’s socioeconomic background, linguistic skills and other elements that are the backbone of what makes public education  an educational opportunity for the members of the general public.

Here’s our take on what kinds of questions parents would pose to Vancouver School Board officials in an open mike session.  These would be parents who might have some understanding of what is happening, but might also need a lot of questions answered.  What members of the public understand the problem to be about is as important as dealing with the actual problem at hand.

*  I heard that five schools are going to to be closed in East Vancouver.  Is this definitely going to happen?  When will it happen?   What will happen to the teachers and administrators in these schools and where will my child go to school?

* Why are schools in East Vancouver closing while on the West side the two schools proposed to be closed will now remain open?  How is this fair?

* Parents are moving their children to other schools that are perceived to be stronger?  On what information are they basing their decisions?  Are they using the Fraser Institute findings exclusively?

* How accurate are the Fraser Institute  findings?  Did all schools posting results have all of their students take the tests or did some pull out ESL students, for example? I heard that some schools fiddle with the test taking process.

*If the testing results reported in the Fraser Institute are accurate, why is my child’s school faring so poorly compared to other schools?  Don’t all schools use the same curriculum?

* What can you tell me about the students on the east side versus the west side?  Are there more students in east side schools that have additional needs  that teachers must meet?

* The Fraser Institute mentions the average income of the parents. Are students on the west side coming from more affluent homes, and therefore experiencing some advantages?  If so, what are they?

* If parents hope to find a different type of instruction and cohort for their children in west sides schools, what differences will they find?  I just don’t understand what’s going on here.

* Is the Vancouver School Board showing a bias towards placing more programmes for enriched learning opportunities in the west side schools?

* I understand that many schools have the IB programme at the high school level. Could the School Board help elementary schools on the east side meet the requirements to implement the Primary Years Programme for IB in the elementary years? Wouldn’t IB PYP encourage parents to keep their children on the east side? Would the school board support the extra cost of this programme?

* If my child has to take the bus to school (we can’t afford a second car), does this mean that the days of having a neighbourhood school are over?

* I heard that some parents are moving to the west side, at least temporarily, to ensure that their children get into a west side school?  I also heard that some people who hold Canadian passports but live overseas are placing their children in west side schools using creative methods for establishing a home address?  I read that the Vancouver School Board doesn’t have the means to investigate who is applying to a school. Why can’t the School Board work with government officials who seem to have a good handle on who is paying taxes and where they live?

* If my child has to attend a more crowded east side school, what are the benefits for her?  Is the School Board going to put more programmes into the school she is attending?

* I heard that the problems caused by students moving out of catchment area has been a “secret” amongst teachers, administrators and union officials that is not being discussed more openly in the School Board .  Why did it take the proposed shutting down of five schools, and increased media coverage for this debate to reach a wider audience?  Why hasn’t there been more media coverage of this problem up until now?

* Some people are saying that school choice is fair because it gives families options.  Isn’t it true that there are families where both parents are working and there are other financial and resource constraints that prohibit the family from trotting their child across the Lower Mainland to another school?  How can we say that this problem is not creating a situation where students and schools are being left behind?

* The VSB reports that over 60% of students come from non English speaking homes?  Are there more challenges faced by ESL students on the east side than on the west side?  If so, why is that?  If this is not the case, why do east side schools have a reputation for being predominantly ESL schools?  How does a VSB teacher change delivery of the BC curriculum in classes with more ESL than native English speaking students.  What impact does this have on the learning opportunities for the native English speaking student?

* I’m thinking of moving to east Vancouver?  Should I move to Richmond or Burnaby instead?

* Why is the School Board saying that the growth on the west side is due to Yaletown and UBC students?  Meanwhile teachers are reporting differently, saying students are coming from as far as Burnaby and Richmond?  Which story is the right one?  Are the reports in the media and the stories from parents and teachers incorrect?

*  What do the administrators on the west side feel about their schools filling up with out of catchment area students?

* I heard about a research study run by an academic at UBC that outlined a significant reduction in  the relationship between a child’s socioeconomic level and her literacy skills.  By grade three, after intensive early support and monitoring, these students were as strong as their native English contemporaries in terms of literacy skills.  This study concluded that this early intervention was more effective than more expensive and resource intensive approaches.  Does the Vancouver School Board follow North Vancouver’s lead and use this approach in the east side schools?  If not, why not?  Couldn’t this approach help improve the students’ skills that are reported on the Fraser Institute reports, thereby discouraging a mass exodus to west side schools?