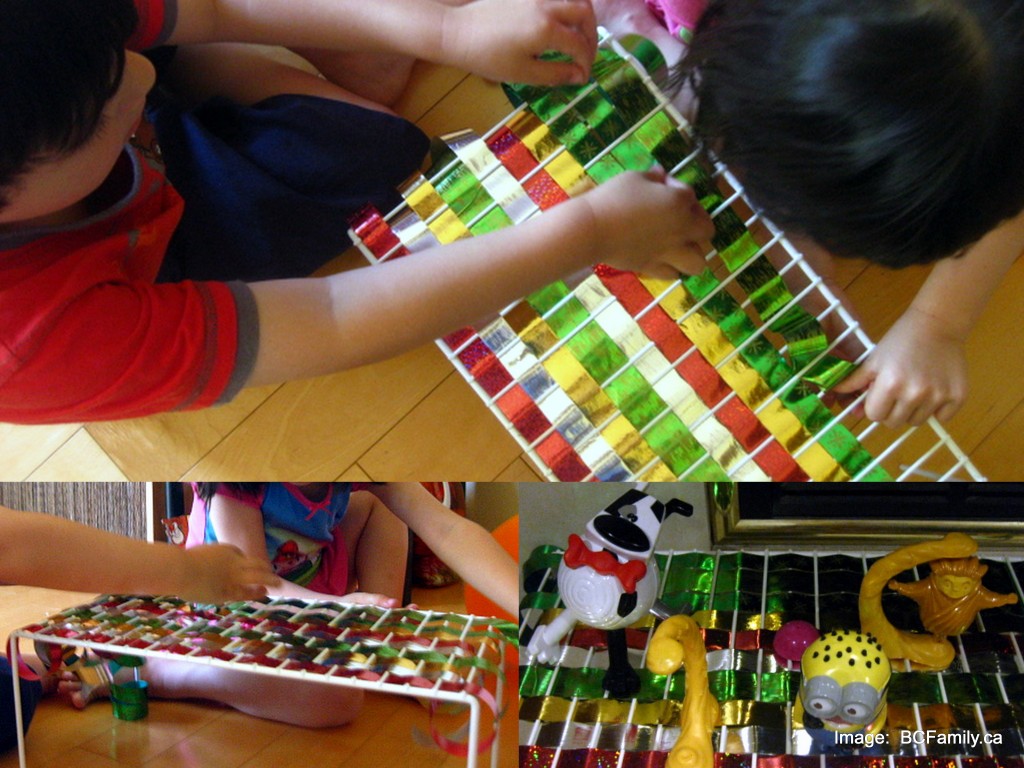 We’ve been eying up the Place Des Arts brochure lately at our house, which includes an intriguing fabric arts programme.  To encourage an interest in weaving, we tried this super easy project based on a photo on Flickr. (No identified source, unfortunately.)   It might not seem like much of a task to the adult eye, but my twins seem to love it.  They had to learn how to weave over and under and start the next row differently than the row below. When they finished a row they adjusted their ribbon to sit next to the one before.

Blow by blow photos aren’t needed to get the picture. While it would be nice to have fabric ribbon, we used shiny ribbon that we had on hand. Shopping at craft stores really knocks you back, budget wise, so we always try to go with what we have if we can. We had the wire rack already but a baking rack could be used too.

The children worked together on their first attempt to weave. They took turns doing rows and negotiated with each other about how many rows each person would do, which ribbons they would have and if it would be possible to squeeze in one more row. When they were done they got some of their toys and decorated their new table. Now they sit down on their own, weave the “table” and set their toys on it.

Slowly but surely new photos of arts and crafts projects, other peoples’ boards, weaving projects and (our next big project), fairy houses are being added to the BCFamily.ca Pinterest site. The children like flicking through photos to see which projects they would like to try. You can follow along on Pinterest if you would like to see what we’re finding.