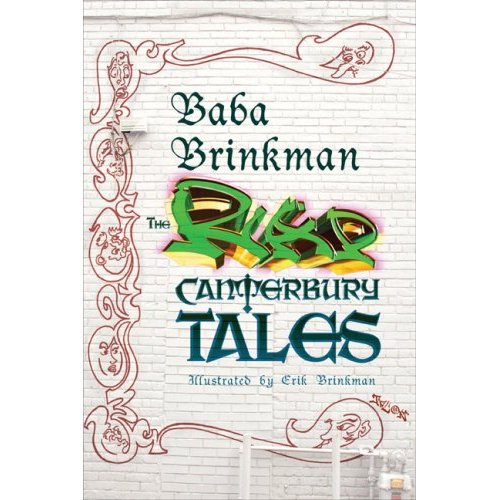 Baba Brinkman was born in the West Kootenays – a beautiful and somewhat remote area of British Columbia- and grew up mostly in Vancouver. According to his biography he was raised in the midst of the province’s tree-planting sub-culture, which was founded in the 1970s by his parents and their friends.  Baba planted trees for ten years, from the age of 15-24, and personally sowed over one million seedlings. The views and values of this culture – tribal, environmentally conscious, self-reliant, and pro-active –  all continue to inform his life and art. He writes and produces Lit-Hop music that can be heard on local radio stations and holds a Master of Arts in Medieval and Renaissance English Literature. His research focussed on parallels between hip hop music and literary poetry.  Brinkman is currently touring with his show The Rap Guide to Human Nature.

Brinkman’s song Social Contract is available for download online. In this Lit-Hop song he challenges some of the comfortable places and spaces where you can find Vancouverites and other socially conscious individuals.

The following is an excerpt from the lyrics:

This may sound ridiculous from a kid with hippie parents
But sometimes it’s just hilarious how addicted we are
To the idea that we should never be restricted at all
But if freedom means drivin’ and S.U.V.
And never havin’ to clean up the mess you leave
Then I say we need to be less free
I don’t expect you to agree, but you did listen at least
So now you’re free to take this lesson or leave it
Peace

The full lyrics for the song Social Contract will resonate with many Vancouverites.  When you have a moment, check out Baba’s work online, his songs and The Rap Canterbury Tales, Brinkman’s latest book of hip hop poetry.  You and your children will appreciate his intelligent and informed approach.

You think I haven’t gone through any hardships
‘Cause I was raised in communes instead of projects?
That’s why I’ve always had problems with the opposite sex
‘Cause I was taught never to treat women as objects
And never to treat anything simple as complex
And vice versa, but I can’t remember what I was taught next
See, that’s the problem with hippie kids
They stop listenin’ when you teach ‘em not to listen to hypocrites
But most of us still can’t appreciate the differences
Between civil disobedience and criminal deviance
It’s the difference between fixin’ a system and pimpin’ it
‘Cause corruption ain’t the same as honest work
I try to separate the pigs from police officers
And I can see nuances, ‘cause I was raised by philosophers
But nuance isn’t popular, and neither am I
My whole life I’ve been tryin’ to read between the lines
And I’ve never been penalized for speakin’ my mind
So freedom is mine; I’m a Scorpion
And a Libra combined, with a fist and a peace sign
On either side, and I’m just tryin’ to equalize

Sometimes freedom is violent; it gets derailed
The system fails whenever freedom tips the scales
When a sadistic freak is freed from a prison cell
Or a big business victimizes people with its sales
Some say we need chaos, but when a government falls
Another one pops up; it’s like juggling rubber balls
We don’t need more freedom; we need tougher laws
Electricity should be double the cost
With subsidies involved for those with no money
It’s gonna be pretty hard to keep this show running
If nobody believes there’s any room for change
We need fewer cars and more commuter trains
And new laws to make sure polluters pay
For what they do to our food chains; these are the changes
Institutions can make, if we just use our brains
Instead of TVs and computer games

See, I’m all about change, but I’m not about the counter-culture
Standin’ around with just a frown and a stomach ulcer
Makin’ the occasional ethical purchase
While dismissin’ politics as nothin’ but a nest of serpents
As soon as you’re done talkin’, try runnin’ for office
Try becoming part of something positive
There’s really nothing stopping us; it’s just a problem of optics
In the absence of reason; there’s no illusion of freedom
The illusion is a lack of freedom, and we’re losin’ to these illusions
But we can’t join ‘em; we have to beat ‘em
And just because I’m gettin’ disillusioned with libertarians
Doesn’t make me a disciplinarian
We need different solutions for different areas
From over-fishing the oceans to carbon emission tariffs
From the Arab militiamen to the American Michigan Aryans
We need some significant barriers
This may sound ridiculous from a kid with hippie parents
But sometimes it’s just hilarious how addicted we are
To the idea that we should never be restricted at all
But if freedom means drivin’ an SUV
And never havin’ to clean up the mess you leave
Then I say we need to be less free
I don’t expect you to agree, but you did listen at least
So now you’re free to take this lesson or leave it
Peace

Darwin’s got it going on. (New York Times)