It’s my new buzz word. I’ll admit it.  I am taking my almost two year old twins to infant preschool so that they can get “socialized”.  In fact when I mention this plan to health care professionals they nod in agreement.  The children will develop communication skills best in the company of other children, rather than adults.  It seems to be a good plan, and my discovery of a local Strong Start programme up the road made this goal so much easier. Sadly it took me almost two months to realize such a programme existed.  However we did have the opportunity to go for a good number of sessions in the spring, despite three weeks off for three bouts of cold between the three of us.

Last week the programme closed for the summer.  Eleven weeks loom large ahead of us.  “HOW”, I’m thinking, “can I find ways for these children to socialize with their peers?”

Let’s stop just a moment to think about whether this socialization goal is a worthy one. In a local newspaper a columnist wrote the following on the topic: “What happened to the days when “Go out and play with the other kids” was all you needed to hear about the subject [of socialization]?”  This comment has rankled me ever since I read it weeks ago.  “Terry”, I thought.  “I’d like you to come to my neighbourhood where there is nary an under five year old to be seen in the public domain.  Exactly how are my children supposed to go outside and play with other children?”  I suspect there may be young children living about fifteen houses up and I know that a set of older twins live a few blocks down the road and down the hill.  We live in a hilly area in the Tri-City region so the simple task of walking up or down the street can be a real work out. This is especially the case if I’m on my own with the children and take the double stroller because I want to go a fair distance. 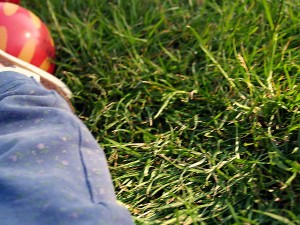 Driving is always a possibility, if we want to lay claim on the one car in the household and make the other parent take transit to downtown and back, instead of parking and riding.  We signed up on four different Meetup.com site groups where information is posted about events for children. (Mostly not in our area.) We can choose between get togethers in cafes or walks on gravel trails, for example.  Neither work for a parent with young twins who like to go in different directions and sit in a double stroller that’s hardly meant for rough terrain.  Still, if I sift through the event listings carefully, I could probably find a playgroup or event in a neighbouring Tri-City area.  We can also go to the library where you would find me carrying one child sideways under my arm while chasing the other one, all the while trying to keep them from screaming or squealing.  The local playground is designed for older children; however, there is an open grassy area.  The last time we went one child headed off towards the baseball pitch while the other ran up the field.  This may not seem like a problem, until you get into open spaces near roads.

This takes me back to our local experience. In an effort to encourage connections in my own neighbourhood I set up a social network site for parents I met recently in a programme we had been attending.  This is the reality of parents living in large cities everywhere – such as Los Angeles.  It would not seem unusual to get in your car and drive a distance to go to a playgroup.   Yet, I can hear the naysayers now.  “How artificial.  Why can’t they play with children nearby?  Why does the mother have to orchestrate everything, like a helicopter hovering about.”   In response, I’m left with this irritated, curmudgeonly feeling about Terry O’Neill’s suggestion. I’m not whining or complaining.  I’m not looking for sympathy.  I’m just asking a question. Does the idea of children in the neighbourhood playing together at home and outdoors, as we knew the concept in the 70s, exist anymore?  What about friends with young children and family getting together regularly?

When I was in my early childhood years I lived in Ethiopia with my older brother and parents.  While my father took the car and went to work, Monday to Friday, my mother was left with the children, housekeeper, guard and gardener in a one house compound.  She cooked, sewed all of our clothes, looked after us, wrote letters, and planned social events.  While she was excited to be living in Africa, she also experienced feelings of loneliness and isolation.  Here I am, years later, finding myself in a similar circumstance.  It’s an interesting parallel.  I don’t feel lonely or isolated, but my children are living in just as much of a bubble as I did back in Africa.

So Mr. O’Neill.  If you have a surplus of young children in your neighbourhood, do send them my way.  Because I have two children here who would like the opportunity to play.