It is not the time when you would expect everything to hit the fan but that’s when it happened.  Just before heading off to church, my husband and I had a “blow up” over how I was collecting everything I needed by a bag in the front hall. Since my son came around the corner and tripped on my pile, suddenly my grouping of items was an issue.  An argument ensued and I would venture to say (as I was reminded later) that the neighbours – who don’t live that close – could hear.

This must seem to be a silly reason to have an altercation and often there can be underlying reasons for a heated exchanged.  Nonetheless, the result was that my five year old twins both weighed in on the situation.  My son told me to calm down and not fuss about his tripping and the potential to crack his head on the floor.  I should just relax and (as he modeled later in the evening) take three long breathes.  Meanwhile my daughter walked up to me and calmly told me that she was horrified by how I had yelled.  In the evening she told me how my yelling had affected her heart and brain. Both of my children are verbal and articulate.  They also don’t live in a “walking on egg shells” type environment and feel confident enough to express their emotions.

The missing key point in this story is that while I have had my fair share of yelling moments in the past, I am known for being soft-spoken and patient as a parent.  I rarely yell.

Tonight, I spoke with both of my children individually about what happened, apologized for yelling and asked them to share what they felt about the situation.  Earlier on my son had asked me why we were yelling so I knew that a full-on conversation was in order.  They seemed to want to avoid the topic and brought up other issues.  But I pressed on and they did say what they thought.  This is when I was given the primer in yoga type breathing.

I can’t tell you how many times I’ve been told by people close to me that yelling in front of children is wrong.  Hello!  Who ever said it’s right?  What strikes me as being less than self-reflective and honest is that very few parents refrain from yelling and getting huffy around their children. Even when they won’t admit to yelling, I’ll hear stories from other sources about altercations in supposedly 24/7 peaceful homes.

Stresses and strains appear in families and marriages for many reasons.  Packing methods is the least serious of reasons.  The reasons for these stresses are varied and the list of reasons why is almost infinitely long.  It can include:

Some or many of these challenges (and more not mentioned) could weigh on the hearts and minds of spouses in a marriage.  Sadly they can lead to rifts that are permanent and the introduction of a third wheel when a marriage is at its most vulnerable.  In the United States there is a business that preys on this very notion that relationships hit rough patches.  The related commercials advertising the benefits of straying reference these problems directly.  What a sad statement about society today!

The support of family and friends is a critical aid to help couples navigate the strains that are particularly pronounced during the early years of parenting.  When I was single in my 20s and 30s, I made an effort to support friends and family members who were parenting young children. There were many ways that I did this – including long tracks of time spent babysitting.  In one case I visited a family regularly where the marriage was very fragile and sometimes turbulent.  Most of this couple’s friends had abandoned them.  During those years I felt that my efforts could help to give the parents some breathing room in their relationship and life.

If you’ve ever heard this conversation before or after becoming a parent, you might have had the same impression.  “Nobody helped us when our children were small.  We’ve only just begun to go places without our (now) preteen children.”  You can be certain, dollars to doughnuts, that said individual will not be around much to help you out when your children are small.  And if you can’t afford babysitting and extra childcare too often, you too might say the same statement a few years from now.

When we think about the village raising the child, we can factor in all of those times that a grandparent or grandparents helped out with their grandchildren – either on their own or in the company of the child’s parent. For example, friends and single and married aunts and uncles (biological or adopted) can also help out with babysitting, having a cup of tea with a parent, chats on the phone, providing companionship on a picnic or while chasing a broom around the kitchen. 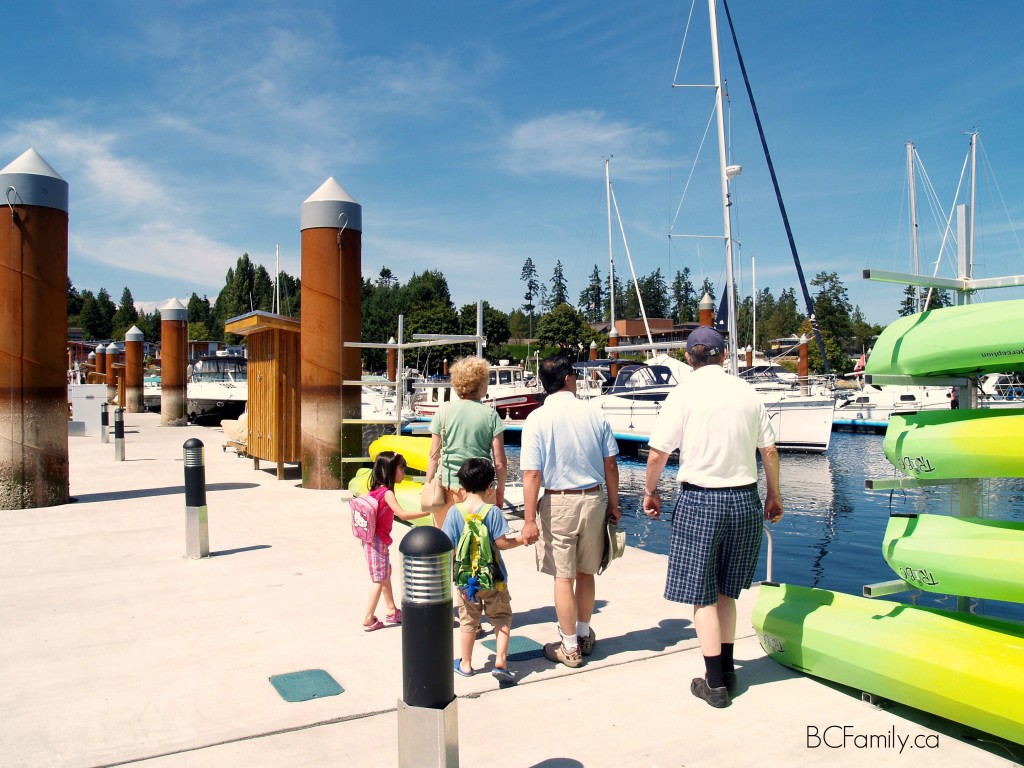 Once a year our family takes a vacation for  1 1/2 weeks to visit grandparents on Vancouver Island.  This is a welcome break to recharge and be spoiled by the cooking and care of the grandparents.

In our home we have grandparents who invite us to meals out and to their home.  They check in with us regularly and provide a level of support that makes a significant difference in the life of our family.  We also have single and married friends who check in with us regularly and have made the effort to come and see us at set points in the year when we haven’t been as flexible about traveling around town.  (Some parents will tote a twin under each arm as they toss a diaper-to-go in their purse.  This is not our style.)  One couple offered every year, for four years, to babysit while my husband and I attended his firm’s Christmas meal.  This past Christmas we didn’t attend as he is no longer with a firm but the offer was still made. (Unfortunately we couldn’t partake as we were stuck in a cycle of colds.)  Another family invites us over during the year for a social event and we reciprocate at our home.  A couple who don’t have children meet with us during the year and give our children a strong example of what it means to have an [adopted] aunt and uncle.  They also share their love of books and having fun with our children.  Still another friend has made the effort to get together at regular intervals right from the start.  She was one of the visitors who came to see our children in the hospital after they were born.

When I was a child living in Africa, my mother, brother and I spent Monday to Friday living in a small compound that included a house, garden and wall.  There was a guard at the fence with a gun to keep everything running tickety-boo.  Meanwhile my mother was without a car.  She ran the household and sewed a lot. She has admitted that there were times when the isolation was difficult and she would sit at her sewing machine and cry.  She might not share this story much now but it is an important illustration of how parenting can be isolating and lonely at times.  There are stresses and strains and for many couples there is next to no support in the community in which they live.  Efforts to reach out and connect with other families can yield disappointing results.

Not long ago, was surprised to hear from friends that despite living in a location for over a decade, they felt that they hadn’t made close friends with other families.  This surprised me as they live in a part of the world that is famous for being laid back and friendly.  I was also under the impression that they were very involved with their children’s schools and that they entertained and were out a lot. In this case neither parent has family living close by.

When you provide support to a family that have young children, your efforts make a difference – even if they sometimes are unacknowledged.  Families in BC face living expenses that are well over 75% of their income.  Many households are run by a single parent and many families live in economically depressed circumstances.  They can be separated from extended family members and childhood friends while they cope with the challenges of work and other issues that they might face.  As a single woman in my 30s, I faced my own share of challenges and found comfort and joy during the times that I could connect with young families.  One year I suffered from a temporary health condition that had a secondary effect on my heart. One day, while walking to see a family and help out, I literally could not walk anymore.  You could say that I practically crawled to the home to babysit and revived enough to take charge.  My main challenge was exhaustion so I always napped when the children napped. I was happy to have the distraction.

Sometimes parents are horrifying their children for simple reasons (like arguing about packing a bag) but often the stresses on a marriage can be caused by much more serious matters.  The company and support of family and friends can make a significant difference.

If you have made it a mission to help support children in our communities and their parents, you’re on the right path.  Would that we could have more people like you.

In case you are wondering – my husband and I didn’t speak much about this altercation in the day.  This isn’t one of those “Recipes for an Ideal Marriage” posts;  however, following the cue from our priest, we did shake hands and say “peace” to each other as part of the church service.  😉