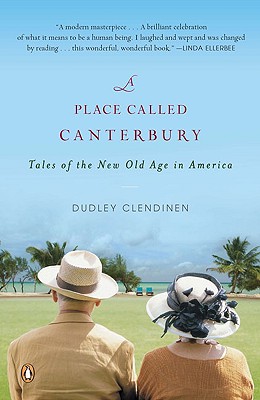 Recently The Province newspaper presented a 14 part series about the aging Boomer population called Boomerangst.  As a follow-up, the editor of this series sent out an E-Street E-mail from The Province with recommendations about how the lives of seniors in BC can be improved.

Are you a member of the Boomer generation?  Are you a Boomer with elderly parents? Do you have parents who are ready to retire?   Do you know someone who had a stroke or required more intensive medical care earlier in life than expected? You can leave your feedback regarding the recommendations and what you think needs to be done on the BCSeniorHelp website.  Your feedback will be sent directly to Premier Clark and Health Minister de Jong.

RECOMMENDATIONS FROM THE PROVINCE’S BOOMERANGST TEAM

(Underlining has been added under the key ideas in each section.)

Currently, B.C. provides senior services and care through a number of different ministries and agencies and under two different sets of laws (the Community Care and Assisted Living Act and the Hospital Act) with different standards, rules and care expectations. Experts say the system is nearly impossible for citizens to navigate. There could be tremendous efficiencies and improved outcomes if all aspects of seniors’ health, from housing to home support to long-term care, were bundled into one client-focused, integrated system with a single entry point and governed by the same law. Once the system has been streamlined it can be taken to the Internet and presented clearly so that citizens can search with ease for service options that fit their needs.

B.C. Ombudsperson Kim Carter has recognized a crucial window of opportunity to reform the province’s senior care system before the population of vulnerable seniors begins to explode. With a small office, and the help of volunteer law students, Carter has thrown everything she can into an investigation of the whole system, which she says is a maze of bureaucracy and regulation that even her investigators were challenged to understand. As many as 100 recommendations aimed at improving fairness and transparency in the system are expected when Carter files her final report. It’s hoped the government will follow Carter’s recommendations, and go a step further, to fund a seniors’ representative to make sure important systemic reforms are upheld.

3. Clarity on funding and better disclosure

We need to open the hood on B.C.’s care system for seniors so that users have a clear understanding of fees, standards of care and where the funding earmarked for care by the government goes, right down to the per-bed funding for each facility. Some critics doubt whether the government’s recent raising of fees in residential care has resulted in funding returning into the system. David Hurford of the B.C. Care Providers Association says the government estimated fee increases “would net more than $50 million for the provincial treasury, but we were reassured all the funds would be returned to increase staffing levels at residential care on an ongoing basis. Care providers have seen little evidence of this increase and efforts to secure a full accounting have been largely ignored.”

Hurford says it’s believed some health authorities just used the additional revenue to cover past operating budget shortfalls. The disclosure of information must be improved, to give families confidence that they can select the best care options and monitor outcomes.

4. A national strategy to deal with the increase of dementia and Alzheimer’s

The federal government should make greater investments in research and strategic planning to help scientists unlock the secrets of how Alzheimer’s and dementia affect the brain, on their road to finding new drug therapies to slow or halt the progressive illness. We also need to set aside funding for more care-home infrastructure to treat and safely care for the growing numbers of dementia sufferers, who will not be adequately cared for in the community. As well, we must ensure all relevant health professionals are trained to deal with dementia — family doctors, nurses, hospital staff, home care aides and residential care staff.

5. Community response to isolation and neglect

Statistics obtained by The Province from the Public Guardian’s office show that across B.C., investigations into alleged cases of abuse, neglect and self-neglect affecting seniors have surged by 12 per cent since 2008. The Fraser region leads all health regions with a 26-per-cent jump. Too many seniors are left to fend for themselves as their physical and mental health dwindles, either because they have become too weak to connect with others or the surrounding community has neglected to reach out to them. Just as we have Neighbourhood Watches to protect against crime, we should have Neighbourhood Senior Watches to protect against isolation and self-neglect. Volunteers could be enlisted to help shovel snow or mow lawns and taught how to keep an eye out for the health of their aged neighbours. Municipalities and community groups should work together to institute and advertise “Senior Watch” networks.

During The Province’s investigation into the aging of society, we came across one frontline worker who had seen too much. In an era when government employees rarely talk to the media, a coroner from Penticton took a risk and talked to The Province about his frustration with the case of a 59-pound man found dead from starvation in a motel. It’s believed there are similar tragic endings for seniors throughout the province that don’t come to light. A coroner’s inquest could have been conducted in the death of 71-year-old William Edward Fuller, but wasn’t. It’s not too late for B.C.’s Coroner Service to give Fuller’s death a more thorough examination and identify possibilities for better outcomes.

As well, a standard province-wide assessment system with regular checkups on seniors whose decision-making powers can rapidly decline due to dementia, is needed. The law says every adult is free to live at risk if they understand the risks, but we must have a more probing and attentive system to make sure aging seniors truly understand risk.

Finally, not all citizens in B.C. know we have a system in which one can anonymously report suspected abuse or neglect against elders and the designated first-responder with the local health authority must at least investigate. We need to raise that awareness, and go a step further. Some provinces, such as Nova Scotia, have guardianship law with mandatory reporting, which compels every citizen to report suspected abuse of adults who can’t protect themselves for reasons of health or mental capacity. B.C., which will have one of the highest proportions of seniors in Canada, should have mandatory reporting.

According to projections, the Lower Mainland’s over-65 population will more than double in the next 20 years. At a 2008 seniors’ forum set up by United Way of the Lower Mainland, transportation was the No. 1 issue of concern. Seniors want to be sure transportation is available, safe and connected, but for too many, service gaps make public transit a non-starter. Better Environmentally Sound Transportation is a group developing an initiative called Seniors Transportation Access and Resources Strategy. STAR will eventually provide support and information to agencies that want to provide transportation services to seniors. The goal is to provide a solution to a “highly fragmented, under-financed and uneven set of transportation services for seniors in B.C.” The model will be tested in the coming months and changed based on what seniors need and want. This initiative should identify amounts of funding needed to make transit more senior-friendly so that B.C.’s government and other transit authorities can assess what level of funding can be applied to expedite solutions.

8. Help seniors to age at home

Home care for health concerns and non-medical home support are a crucial piece of the puzzle in B.C.’s growing challenge with aging. We need to revamp the health-care model away from warehousing seniors in expensive acute-care beds, often to the detriment of their health, in favour of maintaining and treating them in their own homes. A province-wide home-support-services model, similar to the United Way’s Community Action for Seniors Independence pilot project, should be costed and rolled out. Bundling needs for transportation, housekeeping and home maintenance can enable seniors to live longer, safely, in their homes. At the same time, medical and non-medical home services need to be well advertised and regulated within an integrated seniors’ services system. Anyone who cares for or helps seniors should be registered and report to an oversight body, and seniors should have access to advocates so they can make complaints if they believe they are being coerced into “gifts” or “loans” or not receiving adequate care or value for money.

As more seniors come of age in B.C., it becomes increasingly important to get important personal documents and plans in order. Seniors should review power-of-attorney implications with an adviser so that they can be confident their financial and legal considerations will be taken care of, should they experience cognitive declines. Not too many people know that health-care choices are not covered under power of attorney, though. The Representation Agreement Act allows you to appoint someone as your legal representative to handle your financial, legal, personal-care and health-care decisions if you’re unable to make them on your own. The document is called a representation agreement, and it creates a contract between you and your representative. As you age, you should look into the different choices that will impact the last years of your life, and how you can decide what is best for you, before cognitive decline takes the power of choice away (Nidus Personal Planning is one organization that can help).

10. Helping families live together and care for each other

If not for Canada’s vast, invisible health-care workforce — an army of family caregivers whose labour would be worth an estimated $25 billion a year if they were paid to care for their loved ones — our health-care system could implode under the weight of an aging society. Too often, these caregivers burn out because support programs have been cut. Family caregivers need to be seen as a partner in the senior care system, supported with advice, counselling and, perhaps, tax incentives. Along the same lines, housing and care solutions for families can be woven together. The province should work with municipal governments to promote housing options that let aging parents stay with family members through zoning and tax-system incentives. These innovations will relieve some of the burden on the care system, and keep seniors where they want to be, at home, happier, healthier and longer.

A Place Called Canterbury: Tales of the New Old Age in America

We’d love to hear from you about this important topic. So don’t be shy! You can comment about this posting using the comment function below or visit us at our Facebook page.

Note: A search for news clips on this topic, on YouTube, brings up very few hits. Most focus on how Baby Boomers can stay healthy and youthful. The following clip provides an interesting perspective from California. Did you know that most elder abuse is financial and is perpetrated by a family member?