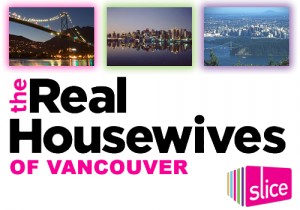 If your life could use a little spice, why not apply to be on the new Real Housewives of Vancouver TV show on Slice? Yes, you read that right. The “RH of…” brand is going to launch its first Canadian show in Vancouver.  Sorry Toronto. You’ll be next. It does appear that they have started casting already, but you know how things go with these shows. Women come and women go. So put together a hot bio/portfolio, start networking, shimmy up to the current lot of RHOV and make an impression.

Here are a few personal characteristics which might help you to get chosen:

– You should be in some type of relationship. You don’t have to be married, but you should be living together or at least dating exclusively. So far it doesn’t seem that any lesbian women have been featured on the RH shows. Could Vancouver be a first?

– You should be busy rushing about, on ridiculously high heels, going here and there.  Make sure you are constantly using mobile devices that you keep in expensive purses and bags.

– You live in Yaletown or an uber expensive downtown condo building, west of Cambie or west of the Lion’s Gate bridge in West Vancouver.  This point is non-negotiable. Sorry Elgin Chantrell ladies.

– Have an expensive, pure bred  small dog in tow. Unless you are walking on the seawall. Then you can have two large dogs taking you for a walk.

– You can be working full time, part time, or not at all. Any way you slice it, you should be making a good amount of money.  If you’re not working at all, your partner should be. Don’t forget – it’s all about the money.

– You should be beautiful. At least you should be beautiful after the plastic surgery and all the makeup has gone on. Preferably you should be having the full buffet of plastic surgery and cosmetic procedures done. Think teeth whitening, hair bleaching and colouring, extensions if necessary, breast enhancements (a must), botox and other wrinkle and cheek fillers and hair straightening, if required. You can throw in anything elese that seems appropriate.

– You should love yoga. This is Vancouver and we have some cliches to fulfill so stock up on Lululemon and make sure you’re attending yoga sessions at the right location.

– Throw in some Pilates reformer sessions too.

– An exercise boot camp and personal trainer wouldn’t hurt either.

– If you want to impress add in an exercise hybrid like the Bar Method.

– Then add in regular bouts of cycling and jogging in some gorgeous places.

– You should be a season ticket holder to the Vancouver Canucks games.  Best seats in the house, please.

– You should frequent the right places, bars, night clubs, restaurants and parties, and shop at the right stores on South Granville Rise and downtown. No names provided here. If you don’t know where to go, clearly you’re not right for this job.

– Speaking of restaurants and bars (wine bars et al.) – do you know the top chefs in town? Do you know the owners? If you socialize with them, even better.

– You should be a self promoter.  Do you have a business or brand you want to promote?  This could be the opportunity for you.  Play it cool, keep your emotions in check and you could use the RHOV role to your advantage.

– You should either own a place in Whistler, or you should have access to your friend’s place.  If you don’t know how to ski well, it’s too late to learn before filming starts.

– You should take short jaunts to exclusive locations in the interior.  Do you or a family member own a ranch in the Okanagan?  You do? Perfect.

– Do you own a place on one of the Gulf Islands?  Yes? Excellent.

– Do you own a yacht? Is it docked downtown?  Or do you know someone who does?  Can you swing an invite to a party on the After Eight, or something of a similar size? OK, a yacht 1/3 of the size would do.

– You should have children, they should be attractive and they should go to the right schools.  Public schools on the West Side don’t count.

– If you have a baby (twins perhaps) you should be enrolling in all of the right mummy and baby classes and shopping at the most intimate and “green” baby and toy stores in town.  When you meet up with other mums you should be able to compare notes about the most up-to-date information about raising a baby.

– You should go on holidays to expensive locations. These places don’t have to be sophisticated choices. Mexico or Hawaii will do. Just make sure that you splash out a good amount of dough when you’re on the road.

– If your car isn’t European or a Lexus, again, maybe you should give this opportunity a pass. Oops. Make that cars.

– You should have many friends – many well connected, wealthy, socialite friends. If you don’t, you should at least have a few well placed ones so that you can haul yourself up that social ladder.

– You should have an edge. You are capable of scrapping and defending your territory: be it with a fellow RHOV or while out on the town. If you can’t provide drama for the editors of the show, you are of little interest and use.

– You should be a real housewife of some description, but you shouldn’t really BE a housewife. You play around in the kitchen because it makes you look chic, but otherwise you have a housecleaner, gardener, pool boy, concierge (if you live in a condo), nanny and tutors. When it comes to the domain of the real, real housewife, you are pretty much hands off. 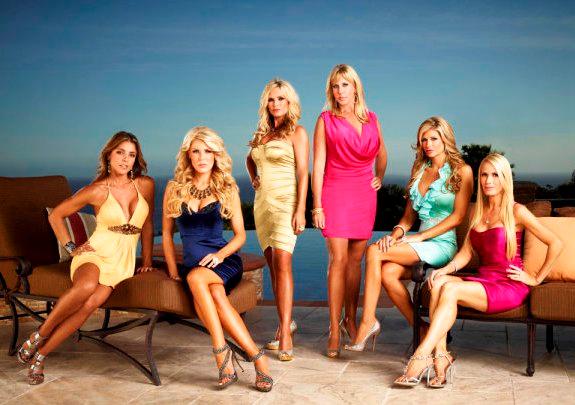 If you consider yourself to be a housewife, but can’t relate to this profile, you are not alone. The main debate we are having here at BCFamily is whether the producers can find enough people in Vancouver who lead full-on glamorous lives and have actually put in obvious, in your face, breast implants.  Real Housewives of Orange County, anyone? (See photo above.) Here’s the scoop on who they have found, provided by someone posting on the Slice Network website who appears to know the details:

“They have started the process in Vancouver among a few circle of women. You will find the right combination of wealthy, classy, stylish wives, in a gorgeous metropolitan city downtown that caters to the playground of those with the resources….and those that think they do. And yes, there will be controversy and much TV fodder to watch. You’re in for a visual treat!”

How does that  scoop line up with the wish list put together by the reporters at The Province newspaper?

* The society doyenne with a knack for charity fundraising role:  Army and Navy heiress Jacqui Cohen.

Oh good grief. Do the people at The Province watch the Real Housewives shows? It would be stunning if any of these talented women agreed to appear on such a show.  Why would they want to put their professional and personal reputations at risk by association, if nothing else? 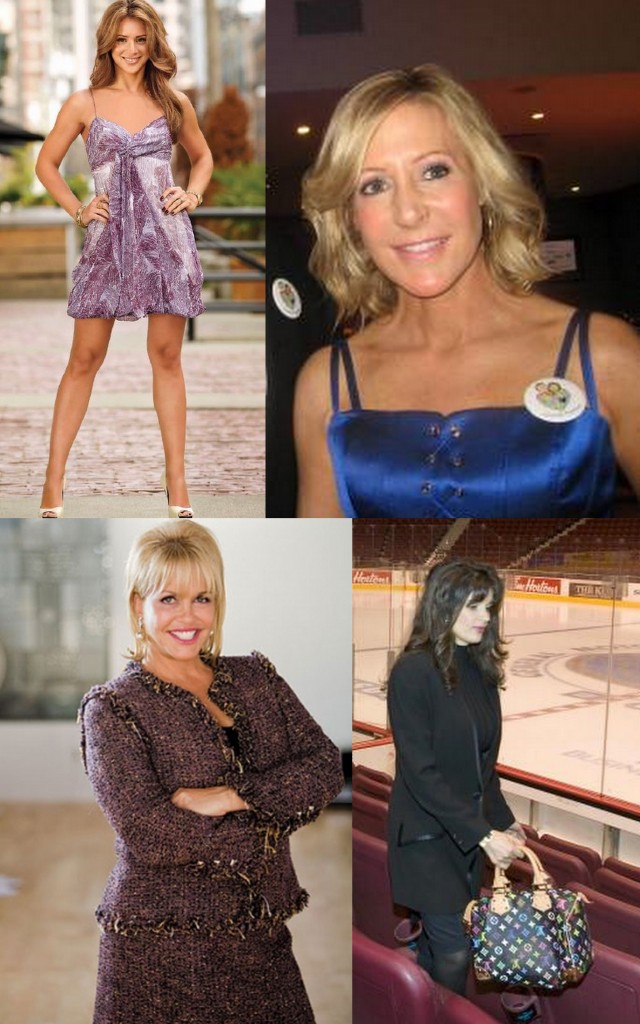 * You should be caucasian.

Vancouver is part of the Pacific Rim and has a large non-Caucasian population.  Apparently when our opinion makers in the local media think about the wealthy and privileged movers and shakers of Vancouver, no non-Caucasian women come to mind.

A cautionary tale for the Real Housewives

When the Housewives Came Calling I Said “No”.

The Real Housewives of … Vancouver?

The Real Housewives of Vancouver – Bring it On.
Chatter about the Real Housewives coming to Vancouver on the Slice Network
If you’re serious about trying to get on the show, you’ll need some fabulous head shots for your resume.  You won’t need to go to Los Angeles to get them.

9 thoughts on “Are You a Real Vancouver Housewife?”