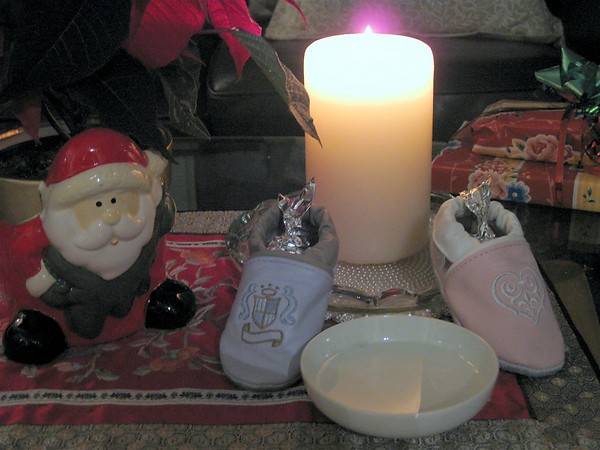 In Northern European countries such as the Netherlands, Belgium and Germany, on December 5th and 6th children celebrate the coming of St. Nicholas.  According to tradition, in the 4th century St. Nicholas was a bishop who lived in Myra, Turkey.  He had a reputation for secret gift giving and leaving money in the shoes people left out for him.  He is known as Sinterklaas by the Dutch, the original name for Santa Claus.  The most famous story is that he helped three girls who had no dowries by throwing bags of gold into their home.  One version of this story has St. Nicholas throwing the bag down the chimney while one of the daughters is drying her stockings.  (You can see where this story is going.)  Since Nicholas was so loving and kind to people in need, he was eventually asked to be the bishop of Christians in his town.

Today the story of St. Nicholas is celebrated by having a man dress as St. Nicholas visit children during the early days of December. In the Netherlands St. Nicholas arrives on a boat in late November with his horse and assistants.  Children sing songs leading up to St. Nicholas day and put out a shoe with carrots and hay for the horse. The next day there might be sweets, small toys or marbles in the shoes.  On December 6th the children find a bag of toys in the home or by the front door.   In Germany the celebration is celebrated on a smaller scale on December 6th, but a similar tradition takes place.

Children enjoy the excitement of putting out their shoes the night before and preparing the food for St.  Nicholas’ horse. If you want to keep things simple, while adding the St. Nicholas tradition to your Canadian Christmas calendar, you can think of some simple gifts to put in the shoe the next day such as stickers, coloured pencils and chocolates.  You might also want to give a new Christmas book, or put a note in each shoe with a special message for each child. The Sinterklassavond tradition (as it is called in the Netherlands) can be a sweet and simple tradition in your Christmas season.  Enjoy! 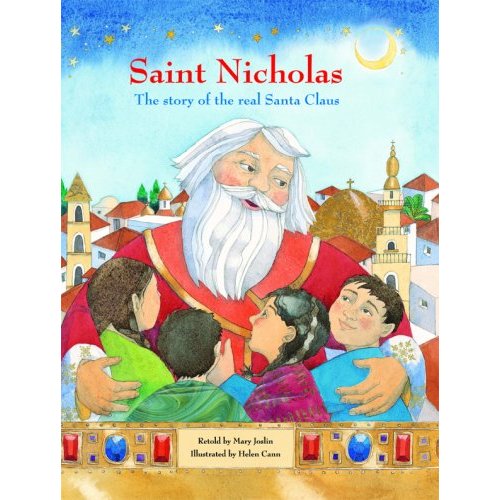 St. Nicholas:  The Story of the Real Santa Claus