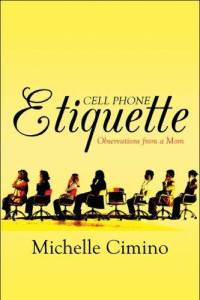 More than 3/4 of 18 to 24 year olds, and more than half of 25 to 34 year olds, are anxious about being wireless.  How did we get to this point?  Can you remember life without a smart phone?

Imagine yourself in the following scenarios:

It’s 1985. You are a passenger in a top of the line Mercedes that is used to transport an ambassador around Tokyo. The car has all the latest features, including a car phone.  How exciting! You have never used one before. You use the opportunity to call your mother, who is working at another embassy in town.  “Guess where I am?”, you ask. There is no other purpose for your call.  +1 for cell phone technology 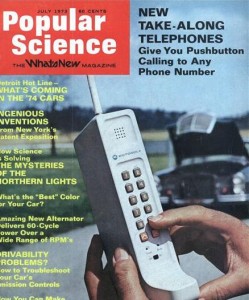 It’s 1996. You are sitting across from a colleague in a high-end restaurant.  His phone rings while you are eating.  Cell phones are a relatively new toy for Tokyo residents.  You are not used to hearing a phone ring while you are dining out.  He looks mildly stunned, as he glances at his phone, and then proceeds to pounce on it while his eyes glaze over. He puts his head down, presses the phone against his ear, removes himself from the table without a word and disappears outside.  “Is he part of some covert, special services branch operation?”, you wonder.  You sit at the table pondering this scenario until he returns and continues the conversation. -1 for cell phone technology

It’s 1997. You’ve received an invitation to join a small group of foreign businessmen  for a cherry blossom viewing picnic (hanami)  in Yoyogi Park, Tokyo. The park is massive and there are thousands of people sitting on blankets and large tarp all over the vast expanse of open lawn.  You call your hanami host on his cell phone and tell him that you have arrived.  He stands up, all 6′ 3″ of him, and waves to you from a location far across the park.  Thank goodness for cell phones! +1 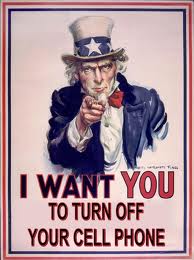 It’s 2000. You’re on a train in Tokyo with a friend and her usual cool demeanour is absent.  She is visibly irritated.  “Why won’t that woman shut up?”, she complains. “She’s talking so loudly into her phone. Doesn’t she know that we can hear her?  Doesn’t she know she’s not supposed to do that?”  True enough.  Looking around you know that the accepted protocol is to move towards the middle of the least used exit door, as far away from the seats as possible, press your body into the door and discreetly talk on the phone. -1

It’s 2001. You’re speeding towards Tokyo on an express train from Yokohama.  Your friend is also arriving on an express train from a different direction. It’s the early evening and you are meeting up to go to a party. You don’t have time to get lost or be delayed.  You are also arriving in one of the world’s busiest train stations. Over two million people (the equivalent of the Metro Vancouver population) move through this station every day.  It’s busy, but not chaotic.   Still – there is no margin for error.  You don’t want to be late. You call your friend to advise her that your arrival is imminent. She gives an update on her location, you both spill off your trains, rush through crowds of people and meet up with ease.  +1

It’s 2003.   You’re on a bus in Vancouver and you can’t get a conversation out of your mind.  It’s the one you can’t help but hear because a teenager is yelling down the phone line, via her cell phone, two seats away.  People make complaints in local newspapers about this behaviour.  Discuss amongst yourself Vancouverites.  What is the proper cell phone etiquette?   -1

It’s 2007.  You’re on your honeymoon in Greece, on the beautiful island of Santorini.  On your walk back to the boutique hotel in which you are staying, you announce that you want to call your family back in the Lower Mainland.  There is no particular reason for doing so but you feel a compelling need to call. When you get to the hotel you decide to call on the hotel phone ($$$) directly into your father’s cell phone.  He will pay top dollar, as well, for receiving an international call into his phone. As far as choices go, this is perhaps the worst one you could make; however, you feel this is what you must do.  You can give no logical reason – just make the call.  When you reach your father you find out that he was attacked by a dog (while trying to save his dog), fell backwards on the ground and almost broke his arm off his shoulder.  He is in the hospital and is waiting to go into surgery.  +1

It’s 2007 onwards.  You keep misplacing your cell phone.  Darn it all anyway. Where is it?  Finally you find it. Oh look  – it’s not charged. You’ve decided you don’t need a smart phone.  Accessing social media on a tiny screen holds no appeal to you and you suspect this phone won’t help you be more social. Indeed since 2001 you’ve managed to use a cell phone as little as possible.   Besides –  holding on to an old phone will keep a few less phones in the E-waste dump.  Apparently this means you do not have nomophobia -1

It’s 2010. You want to let your colleague know that you will be late for work, but she is in a meeting. You struggle with the tiny keys on your cell phone and send her a text message. You hear back from her within minutes. You also want to make contact with a relative who is in her early 20s. You don’t have a way to contact her but wait for a phone call. Your friends advise you that your expectation is out-of-date. Don’t send an E-mail. Don’t leave a phone message. Young people don’t make phone calls these days. Text instead. While texting has its benefits, you prefer speaking with someone on the phone, if you can’t see them in person. Still, you can’t shake the feeling that this advise is probably correct. How often do you receive a social call from friends these days? Right. Thought so. Don’t complain about this new trend to your friends and colleagues. Evidently, using your phone as a phone is so fin de siècle.+1/-1

It’s 2011. Research regarding cell phone usage is published showing that cell phones activate parts of your brain closest to where you are using your phone.  Findings related to long-term usage are inconclusive. You’re glad you only used a cell phone regularly in Japan for five years. –1

“She was such a beautiful human being. She’d call you for no reason at all just to say hi.” Alicia Keys speaking at Whitney Houston’s memorial service. 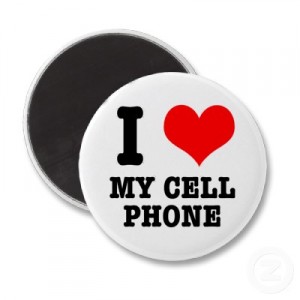 It’s 2011. You attend group functions and notice that many of your dinner partners lay their smart phones on the table like they are some form of a social gun. (Please remove it from its holster & set aside during the meal.) As the meal progresses they lose focus and start to play with their phones, check E-mail and send text messages. You have a flash back to your meal in 1996.  Are these people’s lives, outside of this social engagement, more important than our time together? On a number of occassions you have noticed a parent texting to the children while they are all at the same function.  They comment on the texts and laugh. Is this a modern form of whispering? On other occasions you see cell phones and other mobile devices being used instead of conversation at social functions. This is particularly the case when youth are present.  The message is clear.  They don’t want to talk with you. -1 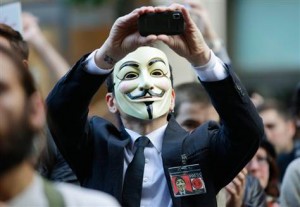 This “guy” popped up all over the world.  Here he is in Seattle, taking a picture of the crowd.  (Photo: T. Warren/AP)

–   You keep getting invited to enticing milestone birthday and reunion parties.  A party at the Hurlingham Club?  Yes please! Sadly none of them take place in your own neck of the woods.  (Why can’t I get invited to this caliber of venue in Vancouver?) Oh look.  Another cell phone photo uploaded minutes after it was taken in a pub or disco somewhere in the world.  Excellent.  At least you can take part virtually. +1

–   Your friend locks herself out of her car.  She can’t get in, but almost instantly she has an update about the event on her profile page.  Good to know. Now about that locked car… -1

–   Your social media contact uses Four Square.  Oh look.  He’s at the Hotel Vancouver. No. Wait for it.  That was 30 minutes ago. He’s at Provence now.  Hello World. You know that guy you’ve been tracking?  The one that posts updates to all his social media accounts simultaneously.  He’s not at home right now. Hmnn. -1

–   You follow politics focussed accounts on Twitter.  Naturally they all follow a reporter on the Hill who uses tweets to provide continuous updates of events, as they happen.  You don’t want to miss out on the juicy tidbits, so you follow her account.  Oh oh.  She’s shared how many tweets?  You don’t want 80,000+ tweets flooding your homepage.  Unfollow. -1

– It’s 2012. You hear the worst story of cell/smart phone use to date.  An elderly couple meet with a young man for a visit and meal.  They don’t know each other well so there is much opportunity for conversation, yet the couple have a hard time keeping conversation going.  Their guest seems to be tuned out and vacuous. Days after the meeting they tell you that they can’t put a finger on what the problem was but both remain perplexed.  They did notice that he held on to his cell phone like it was a life line or appendage to his body.  The next day, after speaking with you, they start to realize that there was an uninvited guest at the social function.  It was the guest’s friend, communicating via text message! They realize that their guest kept looking down at his hands, which were concealed from view. They had had no previous experience with the world of texting, but now realize that he had been carrying on a conversation via text message with someone else.  No wonder he wasn’t “present” at the meal. -1 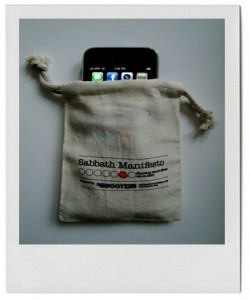 While cell and smart phones, and wireless devices, have increased the possibilities for communication, have they also stunted our ability to communicate fully and completely, one human being with another? Have we forgotten what it means to be fully present in a conversation and social engagement? More importantly, how often do we exhibit this behaviour in the presence of our young children? Do we reflect enough on our own behaviour and the behaviour of youth who are under our supervision?  Nothing is inevitable about how we use technology.  We make choices about what we use, how we use devices and when we turn them off.

March 23 – 24, 2012 will be the second annual National Day of Unplugging.  Participants in 2010 found the challenge to be excruciating but also liberating to unplug for a day.  Are you up to the challenge?

Here are the Ten Unplugging Day Principles to help you on your way:

2. Connect with loved ones 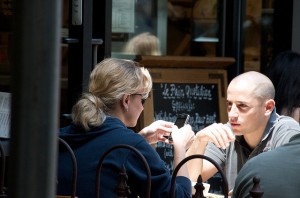 Knowing when to focus and when to ignore.

A street cell phone call is the lowest call you can make. (A retro Seinfeld joke on video.)