You’re probably surprised to hear from me because, you see, for the longest time you’ve been hiding behind a mask called “friend”.  You might think I didn’t notice that you’re not too fussed about me when I’m not around.

You’d be right there.  For years I didn’t even know you existed.  Then along came social media, and a million and one blog posts, and all was revealed.  I learned about frenemies  – a term that originated in 1977 but only picked up steam in the noughts – and I started to see that you had been standing there all along.  At first I assumed that this must be a problem exclusive to the teenager set.  Then I realized that I could have known some of your type since I was a teenager.

There were numerous times over the years when I went out of my way to make you feel welcome, socially.  I exchanged letters and E-mails with you – even spoke on the phone and Skype – as we both moved around.    Get togethers and meet-ups were always a possibility.  I heard in detail about your academic and professional pursuits, and your personal triumphs and disappointments.  I paid attention, provided feedback and showed an interest in your life.  Strangely I didn’t notice that the large volume of information exchanged included precious few inquiries and comments about  my own situation.  Reviews of old letters and E-mails flesh out this picture.

And then social media happened and I started to see that in the general flow of things you didn’t make much effort with, and pay attention to, me.  There was a noticeable absence of comments, “likes” (even) and contact in general via social media channels when I got engaged, married and had children.  Gee… all those years I paid attention and you couldn’t even click a like button?  I saw your comments, though. You know the ones on random news articles I posted.  Often slightly edgy comments that didn’t really jive with my perspective.

This is fine as I’m all for diversity of opinion.  But I also started to wonder what was going on.  Now that I’m a mother, I look at the situation more critically.  Am I fraternizing with a frenemy?  How could I explain this problem to my children as they get older and make their own friends?  I decided that I need to lead by example and not allow someone to interact with me in this fashion.

A recent survey highlights some of the ways frenemies like you hold their “not really” friends in disdain. The survey was focussed on women’s shopping habits online, so it just so happens that the focus here is on women.   The percentages might be off but I imagine men feel the same emotions.

When my friends complain online (about their job or life, for example), I take this as an opportunity to reach out and support them.  Maybe even have a laugh together online  – or in person if we have the chance.

65% don’t want to hear about your every move

That’s so social media old school, isn’t it?  Write Update Light reports about topics such as eating out or going to bed.  These comments are part of the fabric that stitch together that person’s story.  Why do we need to minimize exposure to their updates or ignore them? (Blocking their profile, by the way, will “unfriend” them. So block with care.)

57% of women say they’re sick of their friends bragging about how smart or cute their kids are.

Wow.  How is it that one friend can describe her children in the most glowing of terms  – and that’s cool – while another barely mentions her children and she’s bragging. I shared a photo a month when my children were o – 12 months old but otherwise I certainly don’t share as many photos/info about them as others do about their rose garden, hedgehogs or sporting hobbies. I’m connected with friends, family and former colleagues who want to keep up with my family’s progress.  They see any sharing I do as a welcome and positive opportunity. 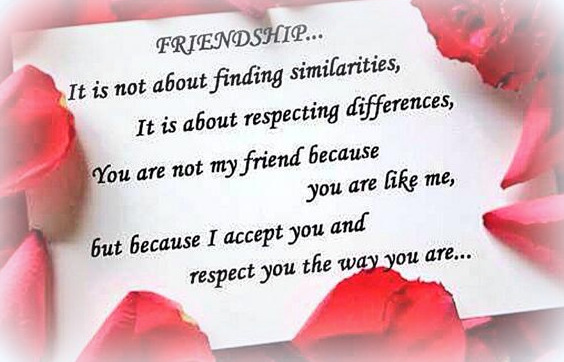 Yes, I know – I’ve seen your updates about how you and your friends think alike.  This strikes me as odd because I know for certain that my friends represent a broad cross-section of the political landscape.  I see the flip side of arguments back-to-back on my social media feed all the time.

Wait – is this in addition to the so-called bragging I’m doing about my children?  Gee what SHOULD I share about? Am I allowed to say anything?  If I enjoy taking photos on a vacation or while attending a local festival, why shouldn’t I share about that?  You do. Maybe not in exactly the same way but you share this type of content too.  So you’re not fussed about my interests. Do you have to be?  Do we have to think exactly alike? Can’t you just fly by while scrolling down on your smart phone?

I’ve heard it said before that social media makes many people feel inadequate.  We’re also more inclined to connect online than pick up the phone or meet in person. It’s so easy to formulate judgements about people based on 2 dimensional experiences rather than face the reality in person or (at least) while talking on the phone.

In the spirit of Eleanor Roosevelt, I can’t permit this type of judgy-ness to continue.  We can’t be frenemies anymore.  You’ll just have to direct your seemingly friendly and biting outlook elsewhere.  I want my children to see their mother valuing healthy relationships and friendships.

I can’t be your frenemy anymore.  That’s not my style.