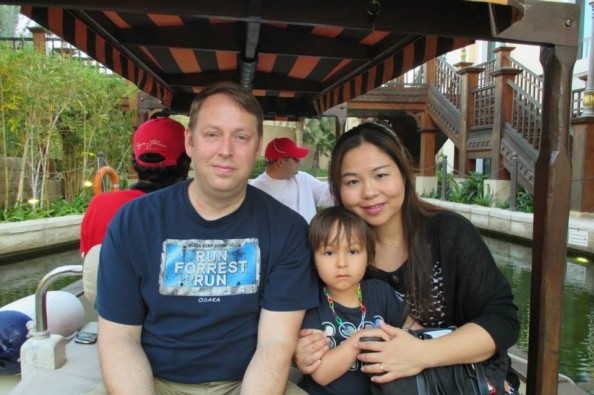 Brian O’Sullivan with his wife Ayako and their 4 year old son.

All over British Columbia and Canada, hockey fans are watching their game and cheering on their teams. Many even “tweet” about hockey, write status updates on Facebook and send texts to their friends.  Let’s not forget friends, colleagues, family members and strangers who gather in homes or cheer on as they watch in a local pub.

Fans of BC’s Vancouver Canucks are also spread all over the world. In ways I don’t quite understand, they stream their games and put in their two cents, yen, euros – pick your currency – wherever they are.

I’ve seen many a game live-commented on from Europe, the United States and Asia while I read along via social media.  It’s interesting to see some of the most enthusiastic tweets coming from outside of British Columbia.  The world feels so much smaller when people around the world are all watching the same game and sharing their thoughts.

Brian O’Sullivan – best described as a rain or shine Canucks fan – sent his support to the Vancouver Canucks from Japan, Korea and Abu Dhabi.  That is he did until this past September when the following tweet was shared by Brian’s sister:

Tweet: “@VanCanucks Please know my 44 yo brother was cremated with his Vancouver Canucks cap.”

Unexpectedly in late September, not long after moving back to Japan with his young family, Brian passed away in the night from natural causes.

No more of his cheers for the Canucks.

Since Brian passed away, the number one source for “Go, Canucks, Go!” hockey comments on my social media pages has disappeared.  In at least one household in the world, live streaming of Canucks games has stopped. 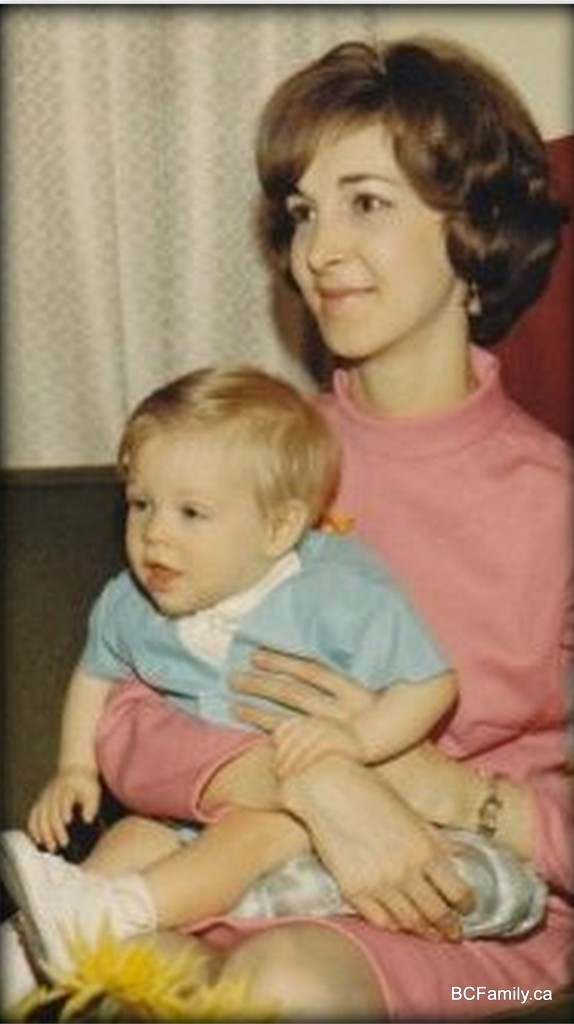 Brian with his mother Eleanor when they lived in Ottawa.

Three years ago Brian wrote a piece entitled “It’s Hockey Morning in Japan” on BCFamily.ca. He wrote about what it was like to be a hockey and Canucks fan overseas.  Brian was an enthusiastic cook.  He was inspired by his late mum Eleanor – an elegant friend, for many years, to my family and an accomplished gourmet cook. In his piece Brian shared some recipes that you can use while entertaining friends who have dropped round to watch a game of hockey. You will want to read the post because the recipes are handy ones to have in your repertoire.

If you would like to read more about Brian, his friends have provided information about his family on a GoFundMe page, where they are raising money to cover his funeral costs.

You can also read more about Brian in his obituary that was posted in the local newspaper.

When Brian was a child living in Québec, he used to gather with the neighbourhood children to discuss NHL hockey facts.  Brian’s young nephew is keeping up the family tradition of following and cheering on Canadian hockey while living outside of Canada. Last year as the Sochi men’s hockey team list was being compiled, Brian and his nephew concluded that Canada’s potential to win gold would be affected by which players didn’t make the team.  Once the list was announced, they agreed that the Gold would be ours.  This past summer Brian and his nephew had a Google Hangout chat to discuss the hiring of Trevor Linden and the organizational changes Trevor needed to make to build a dream team.  Brian’s nephew decided to create a fantasy hockey pool and Brian wanted in on it. Brian’s nephew attended his uncle’s memorial dinner in the sport jersey he has (he plays ultimate frisbee).  His jersey features #66 in honour of Mario Lemieux –  his birthday twin.  He also brought several NHL magazines and books. Brian’s cousin wore an Alexandre Burrows #14 jersey and his sister wore a Canucks T-shirt.  Hopefully Brian’s nephew and his son, as he gets older, will be able to keep up the tradition of supporting Canadian hockey on from afar.

As the hockey season heats up, and we gather to watch the games, expat hockey fans are out there in large numbers rooting for their Canadian teams.  Make some noise wherever you are in Canada or they just might drown you out – at least on social media.  If you’re reading this post before watching a game, raise a pint in Brian’s name and cheer a little louder on his behalf.

* Thank you to Brian’s sister for providing family information and details that I could use in this piece.

In addition to the GoFundMe page, a Trust Fund has been set up for Brian’s widow Ayako and their 4 1/2 year old son. Brian was the sole income earner in their family. As such, Brian’s friends, colleagues and family members are keen to help his family.  The following are details about the fund: