If this search on Flickr is any indication, there seems to be a lot that we can say about the hedgehog, and illustrate with photographs. As a child living in Ireland, I was aware of the existence of hedgehogs and moles. They often appeared in children’s tales about animals living in quaint cottages. According to my young neighbours, a mole was rumoured to be living in their backyard. I recall that I marveled at the possibility.

I once came across a hedgehog sculpture in New Zealand and fell in love with it.  It is now sitting in my studio waiting to take its place in my young son’s room.  If I ever decide to collect an animal figure, it will be a heated race between the owl and the hedgehog. A few years ago,  I sent a handmade hedgehog (which we named Haida) to a baby in the United States. It called out to me from a stall at a Christmas craft fair. 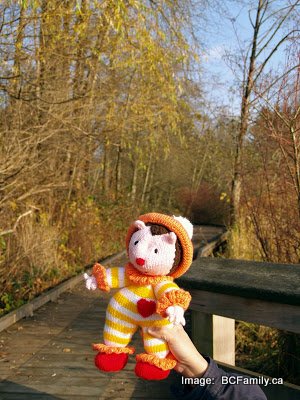 The Russian animated short film “The Hedgehog in the Fog” is positively charming.  It is hard to describe the beauty and magical feeling of this little film. Whether you’re a child or a child at heart,  pop open the film to full screen and sit back for 9 minutes of pure delight! 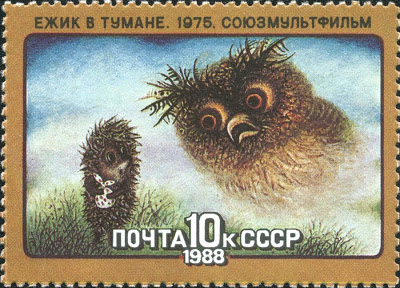 In 2003 “Hedgehog in the Fog” won the “Number One Animated film of all the time” at the Laputa Animation Festival in Japan.