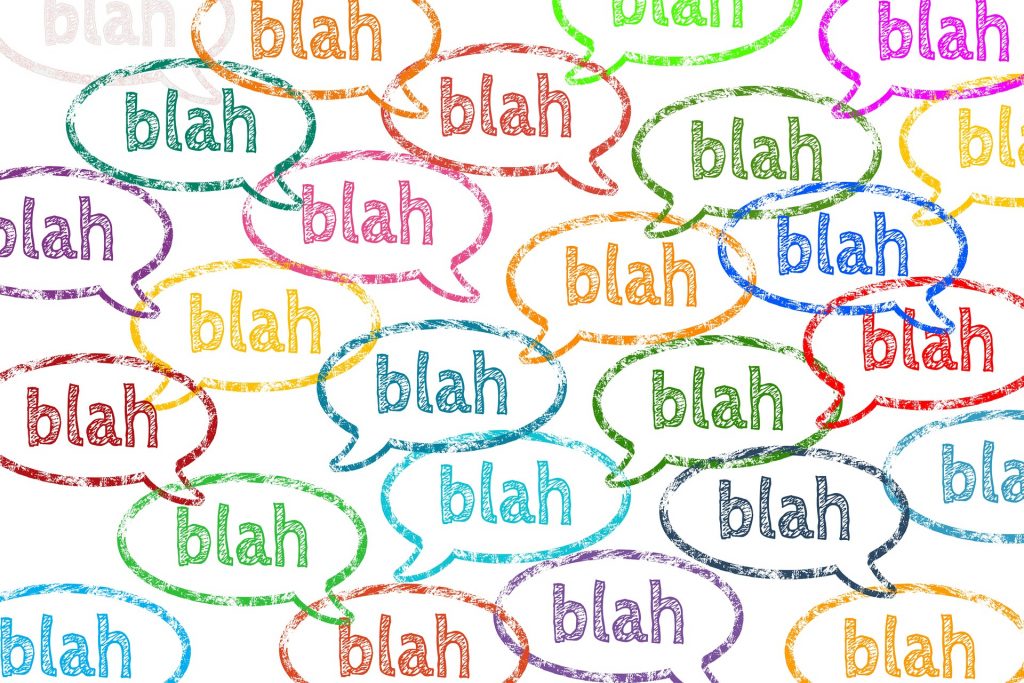 Social media sites offer many positive benefits. But there can also be a “does this person have a clue?” side to social media that can leave users shaking their heads and relationships damaged.

Do any of the following types of social media users sound familiar?  Has this type of behaviour cost you or someone you know a friendship?

Over the years, this person has gossiped in a way that isn’t useful or kind.  Access to your information has provided much more content to discuss. Typically you’ll find out how your information is being misused in a roundabout way. The Gossip doesn’t understand that over time nothing remains hidden.

Have you seen how many vacation photos he posts?  Guess who gets to babysit the kids when he and his wife go on yet another holiday? The grandparents. Oh and BTW, he’s always crying about being poor.

She is such a party animal.  It’s like she’s 30 going on 18. I blame it on the parents who clearly spoiled her and didn’t set any boundaries.

{Eye roll] Another photo of Mama Bear’s bear cubs.  You’d think she was the first person to ever have children.

He’s always bragging about his work, business travel, awards etc.  It’s never ending. Does he think everyone wants to read about all that stuff?

She totally overshares. I don’t care about all that  **** she posts.

Before social media, the Un-Fan was never your biggest supporter but hid his conflicted feelings about you.  Now the cracks are starting to show.  On social media sites he has all but stopped interacting with your shared content. Except for those infrequent times when he shows up to make a blunt “I don’t agree with what you wrote or shared” comment, wrapped with a touch of humour or cleverness. Or he might comment on your status update by baiting you with a question. When you answer his question with neutral statements, he’s offended, suggests you’re flexing and scrolls to the unfriend button.

A head scratching moment ensues. You tell people who don’t use social media about this weird experience and you already know what their response will be.

“That’s why I don’t use those stupid sites.”

She’s happy to share at length about her personal undertakings, career concerns, family stories, upsets and other information from her world.  Your conversation skills are top notch and probably help to contribute to the length of the story telling when you are visiting in person. At some point the penny drops. You realize that there’s a lot of broadcasting happening in person and online, but not a whole lot of active listening or interest in your life. You decide to test her by tossing a few of your own personal “situations” her way. She barely engages with you and continues to broadcast her stories.

It should come as no surprise that she rarely interacts with the content that you share online. This is a perennial one sided situation.  Eventually you get tired of being her fan girl.

This person shares a steady stream of links to posts from sketchy, extreme websites that feature graphic photos, conspiracy theories and status updates about how unintelligent other people are.  This problem has gotten noticeably worse during the pandemic. You might even see the suggestion to use a nuclear bomb on a certain demographic. But it was just in a meme, so apparently that isn’t a problem. Really?

And that’s just the content on his profile posts. A not much better version of the insults is left in the comments section on your profile. The concept of scrolling on by or clicking on the mute button seems to have escaped his attention.

Sure you can mute his content and prevent it from coming into your homepage.  But when he jumps on your page and starts flinging insults around, that’s when it becomes personal to you. It’s aggressive and patriarchal, and just doesn’t fly.  You filter out 99% of your content to a list to keep him off your comments section. Then one day you post something benign that you don’t think needs the use of the filter and within hours there are the comments again. He’s so obsessed with his ideology, there appears to be no common sense left to be accessed.

If you’ve managed to avoid this type of user, count yourself lucky.

Her daughter was involved in a dispute with another child at school.  The administration got involved. She’s written about what happened online in fairly discreet terms.  Maybe her account is accurate. Maybe it isn’t. But now she’s shared her take on the dispute on a public social media post and she’s answering questions. This is where you enter the picture because you’re a follower of her website. Since she’s a mom blogger who has a large following, the story is being read far and wide. The other child has now been labelled “the bully” and information has been shared about what actions the teachers took in relation to the child. But she can write about this in her corner of social media because the child/the parent/the administrators won’t be reading it. Don’t be so sure, dear sneaky momma bear.

He’s had a falling out with his ex-partner/colleague/family member/friend. He’s got numerous facts to share proving that he’s so right and that person is wrong on so many levels.  Now he just has to find the right time to share these opinions masquerading as facts in the comments section under a random blog post, or in some other corner of social media where there is a sympathetic echo chamber. And anyway, the subject of the posts won’t know where he hangs out online.  Maybe he’s right on that score. Maybe he isn’t.

Do these comments sound familiar?

Here’s a meme about all those endless posts about people’s children and their pets, cooking results and trips.

I’ll just write some comments about how stupid social media is and how stupid people who use it must be.  I might even send a copy of a meme that throws shade on a particular app to someone who uses it.  Just to make a point about how boring and mindless it is.

Someone I know publishes content online and, quite frankly, it’s all so endlessly boring. Excuse me while I write some jabs about social media “experts”/”consultants”/whatever he must surely say to define himself.  I haven’t actually heard him make these claims, and I don’t really know the true scope of his undertakings, but I’ll just drop that label on his head because I know I’m right about this one.

Passive-aggressive status updates are the worst sort of vague posting because they’re meant to be seen by a specific person.  If the author has explained that she has few contacts who interact with her on her profile, it’s all the more clear when a message is sent.  If the comment sounds suspiciously like it’s directed at you, it probably is.

Why would someone do this to a friend or relative or a current or past colleague? Surely the author understands that the outcome isn’t going to be good.

Thank you for your birthday wishes!  You made my day extra special!!!

Sounds good but what about the following?

I’d like to thank the people who actually remembered to wish me a birthday. True friends have time for their friends and never let you down.

Huh? It’s crazy that someone would write that.  You clean your glasses to make sure you read it correctly.

If you sign in to Facebook infrequently – or you’ve got a large number of accounts streaming your way – and if you do come across this “thank you” late, the very last thing you’re going to do is wish that person a happy birthday.

These behaviour patterns are exhausting, make the hair stand up on the back of your neck and, unfortunately, have become more common during the pandemic.  It’s important to engage with people in your life who truly value you as a person, inspire you and support a happy and peaceful existence.  If you know people who are doing the opposite, consider creating some space by posting to limited Friend Lists, muting their content and even disconnecting the link between both of your accounts.   Access to your content and to you is a privilege – not a right.

Have you noticed that prickly behaviour that can damage relationships is on the rise online?  You can comment about this posting on the BCFamily.ca Facebook page. Your contribution matters so don’t be shy!

If social media sites are bringing out the worst in your behaviour, here’s some insight that will be 10 years old this January but still rings true.  Except you can add Instagram, TikTok and the next big app to the list of sites that could be making people feel envious, competitive, snarky and worse.