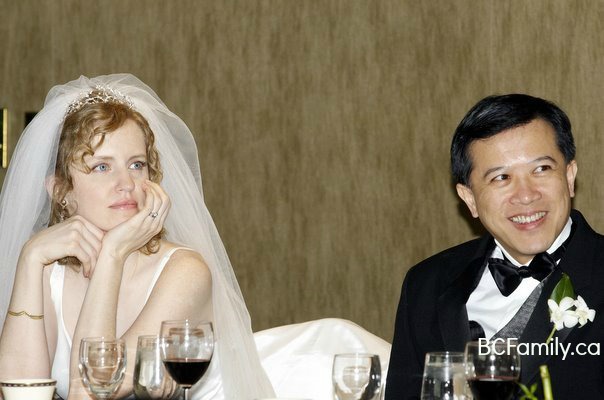 To describe something as being black and white means it is clearly defined. Yet when your ethnicity is black and white, the dichotomy is not that clear. In fact, it creates a grey area. Being biracial paints a blurred line that is equal parts staggering and illuminating. (Meghan Markle: Actor on the TV show Suits, who is also dating Prince Harry.  She grew up in an interracial family in the Unites States. Source: Elle UK)

In our home, new stories and advertising featuring interracial (AKA mixed marriage or mixed race) couples catch our eye.   It’s also sad to see that there can sometimes be negative reactions from the public when advertisers, for example, make new choices about who they will feature in their ads. I still do a bit of an eye roll when I read casting calls that are very rigid about the type of ethnic backgrounds that they are seeking. Here in British Columbia, a more diverse type of advertising is always the better option.

If you are interested to see how families in Canada might differ from what you read about in the United States, you can check out Statistics Canada’s website to see more data about diversity in Canadian couples.

What’s your interracial relationship story? The New York Times recently asked people to submit theirs.  I didn’t hear about the opportunity.  Did you? Oh well, let’s take another crack at it.  Here’s mine. My parents are from the prairies (Alberta and Manitoba) but I grew up in various provinces and countries while my parents worked for the Foreign Service. I spent many years living in Asia both as a student and later while working for an international company.  For this reason, I fall into the cateogry of being a so-called Third Culture Kid. Or you could say I’m a grown up version of that.  I refer to myself as a “global nomad”.  When people ask me where I’m from, I don’t have any strong feelings towards any one place and usually say “nowhere”. My grandparents all came from western and eastern Europe when they were either children or adults. My husband moved from Hong Kong when he was five years old.  Since he grew up in Vancouver, he’s my go-to person when I want to ask about the social history of the city going back a few decades.  He tells some pretty nifty Woodwards and “this is how kids used to kick around the can and roam free-range in Vancouver” stories.  We met in Vancouver and got married in the company of family and friends in downtown Vancouver.

In our home, we enjoy celebrating traditions with our children that  not only reflect what’s happening in our community but also reflect our family’s cultural background and traditions from all around the world. We live in a region of Metro Vancouver where there are families who have lived in Canada for centuries and before recorded time, and people who just immigrated last month.  There are also many different types of interracial families.  You will find many other areas in British Columbia that have the same type of demographics.  It’s a veritable United Nations out here in British Columbia!
~~~
Did you see this latest news story in the New York Times about interracial couples? You can comment about this posting in the comment section below or on the BCFamily.ca Facebook page. Your contribution matters so don’t be shy!

“The nuclear family is no longer the norm. Divorce, adoption, globalization, multiculturalism have all changed the face of the family.” Saying goodbye to the nuclear family via SeetheOrun.com

Have you seen this Behr Paint commercial?