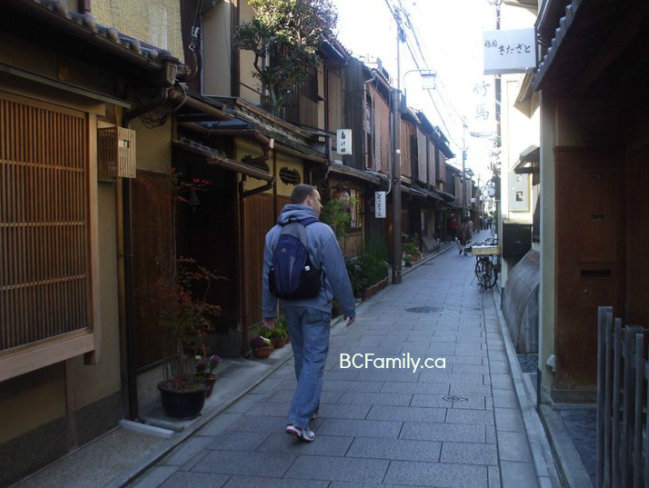 Brian O. is an ESL lecturer at local universities in Kansai, Japan. Here are Brian’s thoughts about  hockey, watching the game in  Japan and entertaining with friends.

I started watching hockey when I was 5 years old, watching the Montreal Canadiens when I was living in Aylmer, Québec. When I moved to Vancouver in 1976, I started to watch the Vancouver Canucks on Hockey Night in Canada on Saturday nights. I now live in Japan and I watch the hockey games through internet feeds. Sometimes my 17 month old son comes in to the study and sits on my lap to watch the games with me. When I cheer after a goal, he cheers too.

There is virtually no hockey community where I live, save for a few die-hards like myself at one of the part-time university jobs that I work at. I seem to be the most intense hockey fan though.  There is a lot of difficulty watching the games here in Japan. Few sports bars exist in Japan, and even fewer are interested in hockey – even during the playoffs. They show the finals on cable TV, but there is an eight hour delay, and they are never live.  I have made a few attempts to get people to come over and watch the games, but nobody is really interested in watching hockey except for myself. Those that do watch are too far away to come over for an early morning game start. So, there are no get-togethers to watch the game. 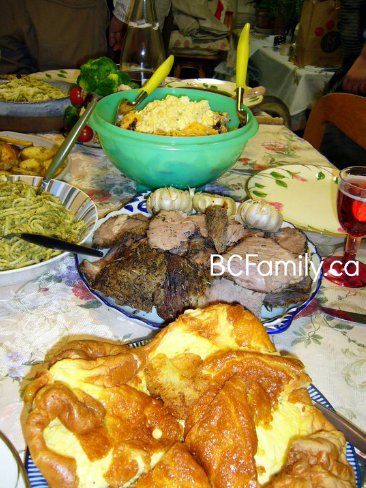 Brian entertains family and friends at home in Japan.

I used to be a cook in a couple of restaurants in Vancouver so I have plenty of recipes for finger food and party snacks. It depends on the mood but the menu can range from Indian Curry, to Mexican nachos, tacos or enchiladas. I make the staple burger and fries, potato skins, chicken fingers, and of course, chicken wings. My wife doesn’t follow hockey games but she is polite enough to ask about them once in a while. If she were a spectator, I might include her in the fun and arrange for eggs benedict for the early morning snack.

Brian has shared three classic recipes that are perfect  for a Stanley Cup Final hockey party.

Cheddar cheese (pre grated or ready to be grated)

Scallions (green onions), sliced (as much as you need for garnish)

Bunch of cilantro, sliced (as much as you need for garnish)

Brown the ground beef with Mexican spice mix and the minced onion until fully cooked.

Spread the nachos on a cookie sheet or baking dish.  Evenly distribute the ground beef on top of the chips.  Add the jalapeno pepper rings, diced tomatoes and grated cheese on top.

Bake in the oven at 375 degrees F for ten minutes. Check at the 8 minute mark to see how they are doing.

When done, garnish with sliced scallions, chopped tomatoes and cilantro.

Serve with sour cream and guacamole (see recipe below).

Preparation time: 15 minutes total to make awesome nachos! When done at home and with fresh ingredients, it is much healthier than you would imagine.

1  hot jalapeno pepper, (adjust according to your heat level) diced.

Add the ingredients into a bowl in the order listed above and stir the ingredients until fully mixed. Let the mixture sit in the refrigerator for 1-2 hours before using.

4 avocadoes in a bowl, crushed

Directions:  Add the salsa mix to the crushed avocadoes.  This is a simple and awesome dish.

Serve with nachos (plain or Grande Nachos – see recipe above)

What do you think about this topic?  Please leave by visiting our Facebook page.  We would love to hear from you!