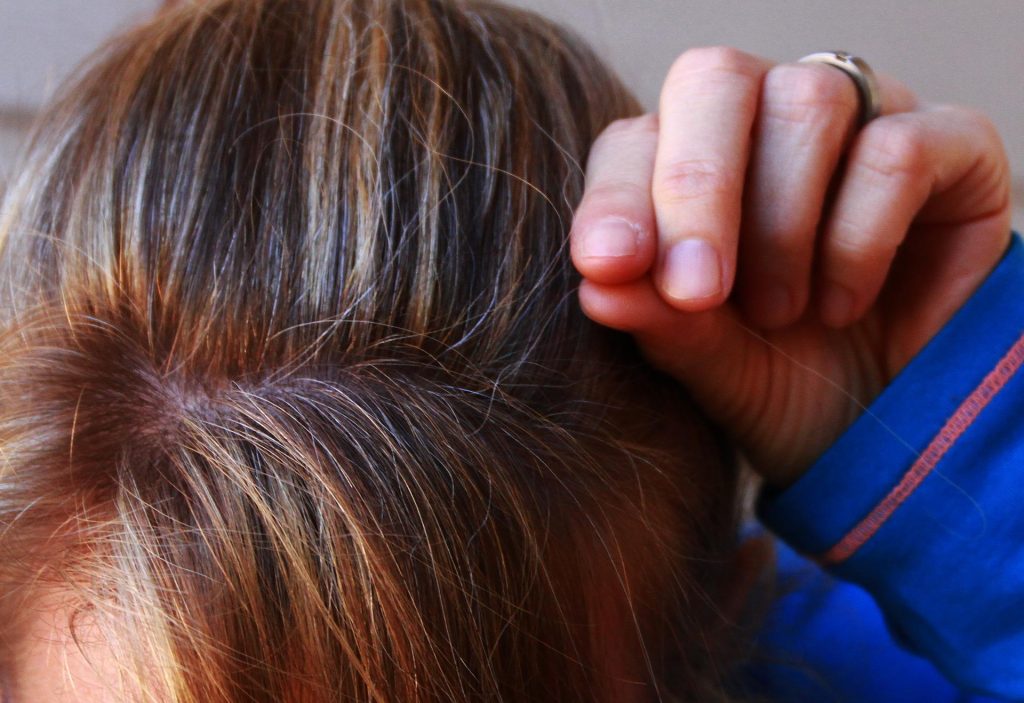 “I’m not talking about in a private setting, at a dinner party or anything. But when you’re walking down the street, you get bumped into, people slam doors in your face – they just don’t notice you. Somehow, you just vanish. It’s a cliché, but men grow in gravitas as they get older, while women just disappear.’ ” (Kirstin Scott Thomas)

When a woman says “it doesn’t matter. I’m pretty much invisible these days”, do you see her conversation partner rushing in to disagree and say “oh that’s not true”? Sometimes you will; however, often you won’t. This type of talk doesn’t indicate a lack of confidence on a woman’s part. She knows her worth full well and she’s not fishing for compliments. What she has also seen, and knows, is that many have stopped seeing her talents and potential. It’s depressing and demoralizing. She reaches a point in time when she can’t stop herself from making blunt statements about how she feels. As the #KeeptheGrey hashtag builds up momentum online, following the unexplained and unwelcomed dismissal of CTV’s former anchor, Lisa LaFlamme, we need more conversations in person and online about how women over age 45 can be more visible in their professional and personal spaces – not less.

In a world where there is a pervasive obsession with the glorification of youth and people who look youthful, women over age 45 can carve out their own space by asserting themselves, even if it feels like nobody is interested or cares. When a woman starts to feel that she is invisible in all areas of her life, most likely she has already encountered situations when she has been treated in that way. Even famous women like Kristin Scott Thomas have spoken about feeling invisible and having men let doors slam in her face because they don’t see her. (Thankfully Kristin has found a way through this phase in her life and is happier now.) Women need to promote their own talents and give themselves pats on the back and affirmations. Women can and need to stop making decisions – and measuring their worth and potential – based on how much others engage with them, show an interest in their lives and support them. As younger women, they were socialized to look for and need this support. When women are older, they have to make choices and take action that flies in the face of disapprovals, underestimations and dismissals.

When this topic is discussed, it’s often understood to be a conversation about not getting cat calls anymore – about not being noticed as you walk into a room. Some women say things like “I like to be invisible. I can be myself. I don’t need to be the centre of attention anymore”. This is not a conversation about being the centre of attention. It’s about not being put out to pasture. It’s about claiming your right to continue going from strength to strength in your career. It’s about being seen as relevant on your own terms. Whether it consideration of how you dress or how you live your life. It is – as I said about Lisa LaFlamme – not being Freedom 55d.

“Older women are now saying ‘No, I’m still vibrant, I still have a lot to offer, and I’m not going to be consigned to invisibility,’ ” she said. “These women are reinventing what it means to be an older woman.” (Susan Douglas, Professor, University of Michigan)

Since this video was made in 2019, Trinny Woodall’s video production quality has become a lot slicker. But this is a charming video worth featuring as it highlights how women over 50 or 70, can look chic and fashion forward. Trinny has also spoken about how when we talk about “feeling invisible”, we are using emotive words. To counter this emotion, she has promoted the concept of ageless beauty throughout her business rollout, rather than anti-aging ideas.

During the most difficult times of the pandemic, I discovered many female “influencers” and entrepreneurs who are pitching their ideas, via social media, to women like me. Entrepreneurs like Trinny are famous for having started a thriving international business by selling makeup online when most women couldn’t even wear lipstick due to their masking up. These are women who are well down the path of life – past age 45 and beyond. They’re sharing ideas about styling clothes, makeup, healthcare, exercise and all manner of topics that focus on the external features of a woman. But they’re also touching on many more topics that help to boost a woman’s self esteem and morale – to make them feel empowered, refreshed and emboldened. In the process of engaging with these women, who interact with their followers online, I have also had a chance to engage with women all around the world who are also following the same conversations.

Maybe this next point doesn’t sound like a big deal but it is noteworthy. Many of the female entrepreneurs and influencers who are creating content online are well past age 50. Compared to what we have been seeing online in previous years, there is a veritable explosion of content being created by and for women who are NOT starting out in their careers and adult lives. It’s an encouraging development as women learn to advocate for themselves. Hopefully through this process of learning and growing as content creators or consumers, we can find like minded women who are in the same circumstances.

The next time a woman you know brings up this type of conversation in person or online, ask her questions and share your own stories and observations. Don’t listen in a distracted manner or scroll on by.

Provide constructive criticism in a kind and useful way, if it’s requested.

You just might learn something and experience a life enhancing conversation.

Related
If you don’t know Tara Mohr’s work, please do check it out. Here’s more information about the Playing Big Book, by Tara Mohr.
Why you should become an older influencer, blogger or vlogger. (video)
Tashira Halyard’s social media channels – including a YouTube channel – focus on politics, fashion and lifestyle. Her Instagram page is a fierce and refreshingly individualistic approach to fashion.
Schellea Fowler publishes Fabulous 50s on Facebook and YouTube. She shares a wide variety of tips and how tos about exercise, health, beauty, fashion and wellness. You do NOT need to be in your 50s to appreciate her content. There is also a group on Facebook for people who follow her exercises.
Trinny Woodall’s content is all over social media. Here’s her Facebook page. And here’s her Trinny Tribe group page. You can also find her on YouTube, Instagram and Twitter.
If you don’t know Dominique Sachse’s YouTube channel, prepare to fall down a content filled rabbit hole.
Tania McCartney’s Instagram page features an abundance of beautiful and inspiring lifestyle and fashion posts.

Here are some concrete examples from Tashira about how to create your own affirmations based on where you are at along the path of life.