Towards the end of our week long stay on Vancouver Island recently, my parents and my family decided to go out to dinner at an upscale island restaurant.  After we arrived, we were ushered to a table in the back corner of the restaurant.  At the neighbouring table a 50-something woman was talking about how over indulged children are today. As a trained Montessori professional and mother, I couldn’t help but take in her audible broadcast.  My fellow diner then proceeded to discuss the parenting style of her sibling and the behaviour of her own nieces and nephews.  She later confirmed that she is a single, “happy auntie”.  It’s good that she clarified she’s a happy and devoted aunt.  At the end of the meal she declared that my three year-old twins are unusually well behaved.  Gee, if they had moved too much left or right or raised their voices, would she have thought differently? 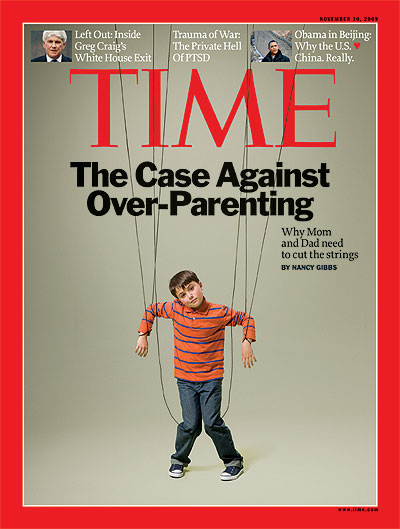 On an almost daily basis, as I filter news and opinions via print and TV media,  I often think that we put children and their parents under too much of microscope. In North American society we encounter regular analysis of parents and parenting outcomes; judgmental spoken and written content and comments about the failings of parents and their children; and, a steady diet of social media content about parenting and childhood topics that include catchy headlines and photos designed to become trending stories.  Before we label others as helicopter parents and think about focusing on the merits of a Free Range Childhood, let’s start with the idea of a Free Range Society that includes letting go of the need to over analyze parents and their children. It’s time to embrace the diversity that exists in households and agree that difference is normal and acceptable.  It’s time to be less high maintenance about our own existence and needs and let people be.

I grew up in a Foreign Service family and have been flying on commercial flights since I was six weeks old. (I was the size of a four week old, since I arrived two weeks early.) My first flight from Alberta to Ethiopia was a two day ordeal that involved me, my mother and my 2 1/2 year old brother.  At one point the plane caught on fire over the ocean and had to be turned back.  Thankfully in those days a parent and her children were noticed and helped on their journey while onboard and in the airport.  I have many memories of unpleasant flight neighbours over the years, but none of them included crying babies.  Do we need to have flights dedicated to being “child free”?  Should we feel tense when we see a child sit down near us on a plane? Can we turn our frown upside down and extend a smile to a parent on a long-haul flight who is trying to cope with a restless child who just wants to get up and move?

Of course there has always been nit-picking about how younger generations raise their children, but the scale of the discussion about what is wrong with children and parents today has gotten out of hand in the print media and in online forums. People’s lives aren’t episodes from a reality TV show.  Most of us know many well behaved and outstanding citizens who are under age 18.  We also know, if we take the time to investigate, that the parents in our midst are doing their level best.

When it comes to parents and their offspring nowadays I have three expectations: that parents model how to show empathy and consideration towards others; model how to converse with other people; and, model when and how personal electronic devices should be used.  As for indiscretions in public spaces, I choose to look away.  I don’t know about you, but I had my personal moments when I was growing up.  “I don’t CARE who’s looking”, I would huff at my brother, “I’ll never meet these people again in my life.”  Thankfully nobody was tweeting/texting/Twitpic’ing/Facebooking about my mini, and hardly noteworthy in the big picture, misstep at the time!

2 thoughts on “Let Families Be”