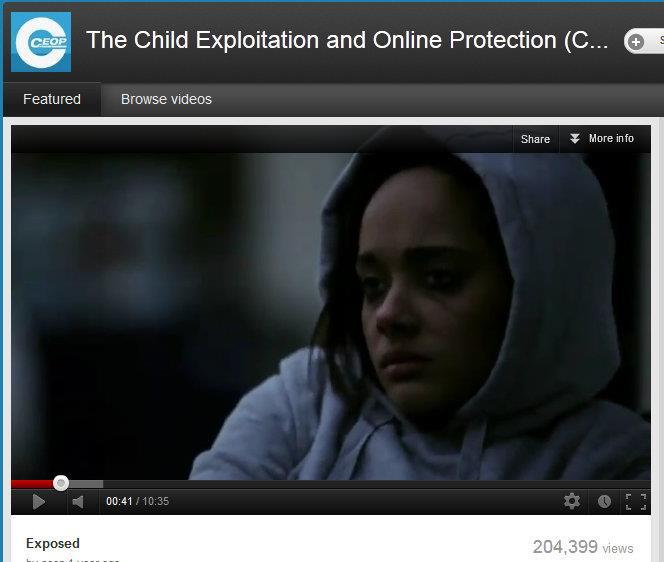 It seems hard to believe that the Tri-Cities area of Metro Vancouver and, more specifically, a young resident who recently passed away have become the focus of international attention.  Harder still, it is hard to accept the reality that a young teenage girl passed away recently after enduring four years of exploitation by an unknown person and online/face-to-face bullying by her peers.

Last night, while watching CBC The National, it might have seemed extraordinary to viewers that a CBC news team was sent to the home of a man who was “outed” by an anonymous “hactivist” Internet group.  The group said they had completed investigations and determined that he was at the heart of the abusive actions taken towards the victim in this case.  Why did this news team believe this tip considering the family had indicated investigations were pointing to an individual in another country? Meanwhile the local police have not shared any information about any suspects that they had. Today the police confirmed that this type of “information sharing” was distracting their efforts to investigate the death of Amanda Todd.

One of the things was to get her off Facebook, that was really difficult, it was like an addiction to her. Eventually we took her computer and shut it down for her. But he would lie in wait for her and he would be there. Somehow he would follow her. Carol Todd (mother of Amanda Todd)

Kids find them (tiny chat rooms) and they just go wild on it. […] They think it’s another 15-year-old. Someone said she was pretty. It’s like with kids, trying to entice them into a car with candy – with teenagers, you can entice them with sweet words. Carol Todd

There are many more angles that journalists could be investigating, in relation to this case, that respect the feelings of the family and community involved and do not involve topics that are in the early stages of investigation and discussion.  They are more global topics that, while part of this particular case, do relate to the broader experience of youth.  Certainly local print and TV journalist and national journalists (including those who file for CBC The National) are looking at these issues. These questions are informed by information that has been provided by primary sources such as the parent in this case and the police.

Here are a few that come to mind:

*  how are teenagers meeting in online chat forums?

* what types of forums are popular?

* what type of personal information are youth sharing about themselves in these chat forums that they shouldn’t be sharing?

* what do we know about sinister elements that can exist on these forums? For example, people 18+ posing as a youth?

* has participation in these forums caused concern in other jurisdictions?

* what do we know about predatory activity on the Internet that targets young girls and boys by way of online forums and other Internet sites? (The mother in this case mentioned this connection in an interview with a local paper.)

* what relationship does this predatory activity have with p*edophiles and the distribution of illegal images of children (commonly referred to as child p*ornography?  Note: some people do not like this term as it implies consent from the child.)

* how common is it for a youth to be pressured by an anonymous person online, using captured data as a threat?

* what are the other ways that youth are encountering trouble on chat lines and in other Internet forums?

* what are the different types of bullying and how does bullying look in face-to-face, one-on-one, group-against-one contexts?

* how does bullying differ from online exploitation, troll and flame activity online?

* how common is it for students to befriend a stranger on Facebook who claims to be a new student coming to a school? (Or a similar story line.)

* how common is it for groups of students to befriend complete strangers online (especially on Facebook) without knowing if they are who they say they are?

* despite all the warnings, how many students still have minimal security levels set on their Facebook and other social media accounts?

* how easy is it for a complete stranger to track down the whereabouts and related personal details of a youth?

* how common is it for young teens (below age 16) to be physically assaulting a fellow student, as a group, and leaving that youth abandoned on the side of the road?

* how common is it for this type of assault to be filmed?

* how do school districts react to this type of behaviour?

* if an attacked youth does not press charges is that the end of the story or can the authorities press their own charges?

* what do psychologists have to say about youth expressing pleasure that a fellow student has swallowed bleach, for example, or that he/she could  or should die?

* what environmental factors are supporting this lack of empathy towards others?

* what responsibility do providers of social media have to oversee how their sites are being used by the very young?  Are the measures that companies such as Facebook are taking enough?

* why do individual schools in Metro Vancouver have different policies about how to deal with children coping with the pressure of experiencing online exploitation, online bullying, face-to-face and peer bullying?

* what types of support systems are there for students and their families?

* are there other helpful services that could be provided in addition to those currently available?

* how can parents monitor online Internet usage by teenagers now that smart phones are popular?

* is pulling the plug on online participation a useful response to these types of experiences or is it too late once the problems have started?

* what do the Provincially funded programmes in existence or development provide for youth and families in need?

* what are the local programmes available that train and support youth so that they can protect themselves not only from bullying (face-to-face and online) but also from online exploitation by strangers?

* are youth interested to take these programmes? (A recent programme offering south of Vancouver required 8 students.  One signed up.  The programme was cancelled.)

* what are the resources that are being developed internationally that could support home-grown initiatives?

* how should members of the media approach and interview youth about these topics?  What types of questions should they not be asking?

* what are the most sensitive ways to provide youth with a platform to share their ideas, experiences, challenges and suggestions related to this topic?

* how are youth coming together to address the issue of bullying and online bullying and protection from exploitation?

* what are some of the most successful youth-driven programmes in BC, Canada and worldwide?

* how can British Columbian agencies combine forces with police forces and organizations in other countries (such as the United Kingdom).

The world is watching this story and as time passes Canadian news outlets will continue to monitor developments.  The questions that are asked can help to effect change and – more importantly – inform and protect youth.

It’s your turn. What questions would you ask, based on the information that has come to light related to Amanda Todd’s story?

False information shared on the Internet distracts the police in their investigation of the Amanda Todd case.

Related stories in a local newspaper.

For more about online exploitation and related issues connected to this story, follow Gillian Shaw’s work at the Vancouver Sun.

12 Ways to Identify if Your Child is Being Bullied

Child Protection Online Videos developed by the United Kingdom police force. Please share. (A screen capture of their video is shown above.)

Initiative at The Province Newspaper: