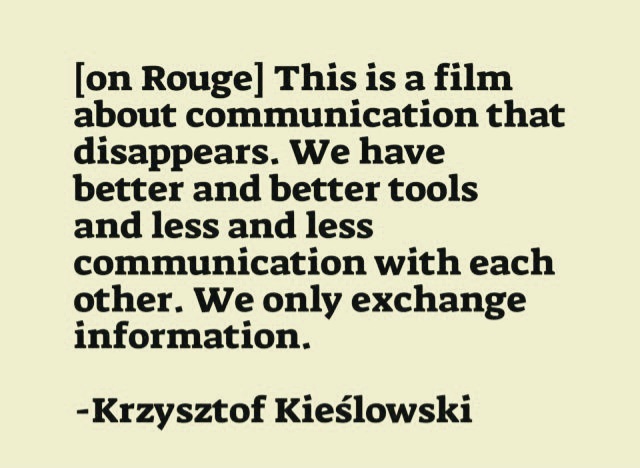 When I moved to Vancouver shortly after finishing my undergraduate degree at Queen’s University, Kingston, it was the simpler pre-Internet era.  What did 20 somethings like me do in their free time?  We met friends in cafes, restaurants, outdoor patios and pubs.  We went for hikes and attended gallery openings, outdoor cultural events and film festivals.  We crammed in at Robson Square to attend the free Alcan Lectures in Architecture series. We volunteered for a broad range of organizations. We had impromptu picnics on the beach. We didn’t have a lot of money but we had a reasonable amount of fun in a city that was already getting expensive, by Canadian standards.

I’m sure I’m missing something here but it is worth pointing out that going to cinemas was a popular pastime.  And the quality of films that were being produced on the international film circuit made it worth the effort to get on the bus and travel across town to see a film at the Ridge, Hollywood or Park theatre, for example. At the start of the yearly film festival in September, I would go down to the box office and carefully select ten films for a 10 ticket selection. (My budget couldn’t handle more than a ten ticket purchase.)  I would already know which films I wanted to select because I would have read the film festival’s booklet carefully. Then I would take the bus all over town and line up outside with other film enthusiasts. Sometimes I would see a film with a friend and sometimes I would go by myself.

One of the outstanding directors of the time was Krzysztof Kieslowski.

Kieslowski was a paradigm-shifter. He successfully argued, even through a fictional narrative, that chance plays a profound role in human life, and this message is an intellectual step beyond the old, tired tragic-flaw message. (MinamuTV)

The late Krzysztof Kieslowski was a Polish film director and screen writer who was only 54 when he died in the mid 1990s. He is known internationally for his films Dekalog (1989), The Double Life of Veronique (1991), and the Three Colours trilogy (1993 –1994).

Who were your favourite film directors from the pre 2000s era? Which films do you remember the most during your early adulthood years?  You can comment about this posting on the BCFamily.ca Facebook page. Your contribution matters so don’t be shy!