[Bullying is] pervasive.  It’s violent.  It’s insidious. I think it is getting worse. Somebody has to step out and say ‘I’m someone’ and I’m going to lead this thing. You lead it, but you soon learn very quickly (that) you become a very small cog in it. It has become a tidal wave. (Gary Mauris speaking with Gillian Shaw, from the Vancouver Sun.)

On December 9th, 2012, Port Coquitlam residents and people from throughout the Lower Mainland will join the first annual Snowflake Walk.  This walk has been organized as part of the new I Am Someone Port Coquitlam Anti-Bullying initiative, designed to support youth in crisis in the Tri-Cities area who are being victimized by bullying and need help.  The details of this programme were announced by Carol Todd, mother of Amanda Todd, in Port Coquitlam today.

Development of the programme was supported by businessman Gary Mauris, with additional support from Port Coquitlam Mayor Greg Moore.  The Be Someone campaign will partner with the City of Port Coquitlam, the Port Coquitlam Youth Society, the RCMP, School District 43 and the Kids Help Phone.  It is the first of its kind in British Columbia and will include the following features:

* Increased powers for the RCMP to cope with bullying behaviour in the Port Coquitlam.

* New bylaw (to be approved on December 10th) that will include a $200 fine for bullying behaviour. This bylaw is similar to bylaws that are already in place in Alberta and Saskatchewan.

* Online resources for victims of bullying and people who bully.

* People who have been fined for bullying will be able to take an approved course.  Following successful completion of the course, the fine will be removed.

* A text message system for teens who are in crisis, connected to the KidsHelpPhone.ca website.  Youth will be able to send texts regarding their concerns and to anonymously report bullying.

* Invitation for business and public facilities to put I Am Someone stickers in their windows, indicating a safe haven for bullied youth.

* The programme has been designed so that it could be easily implemented in any Canadian community. 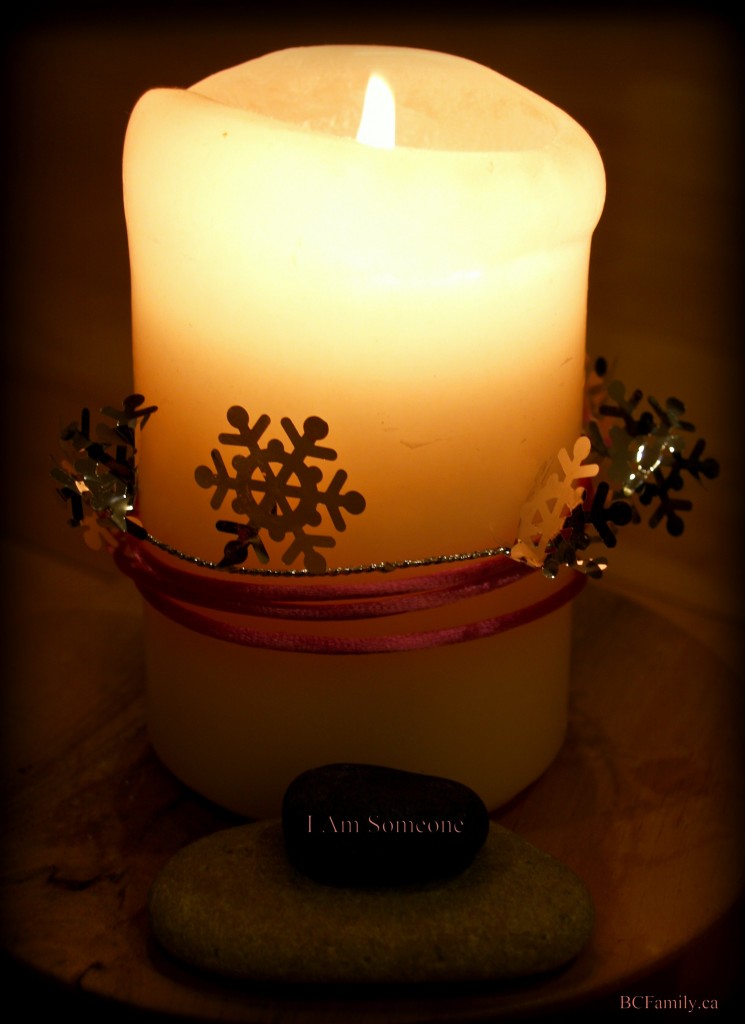 If you would like more information about  the walk, the campaign or how to bring the campaign to your city or town, visit the IAmSomeone.ca or Snowwalk.com websites.  To follow details about the campaign on social media, see Twitter.com/Snowflakewalk or visit the related Facebook page.

I think it is about time that the community had the initiative to start something like this. I think it’s really beneficial. Our youth are our future generation. We have to protect them.  (Carol Todd)

Music video tribute to Amanda Todd and 32 other victims of bullying who died from suicide.

The difference between being rude, mean and being a bully.