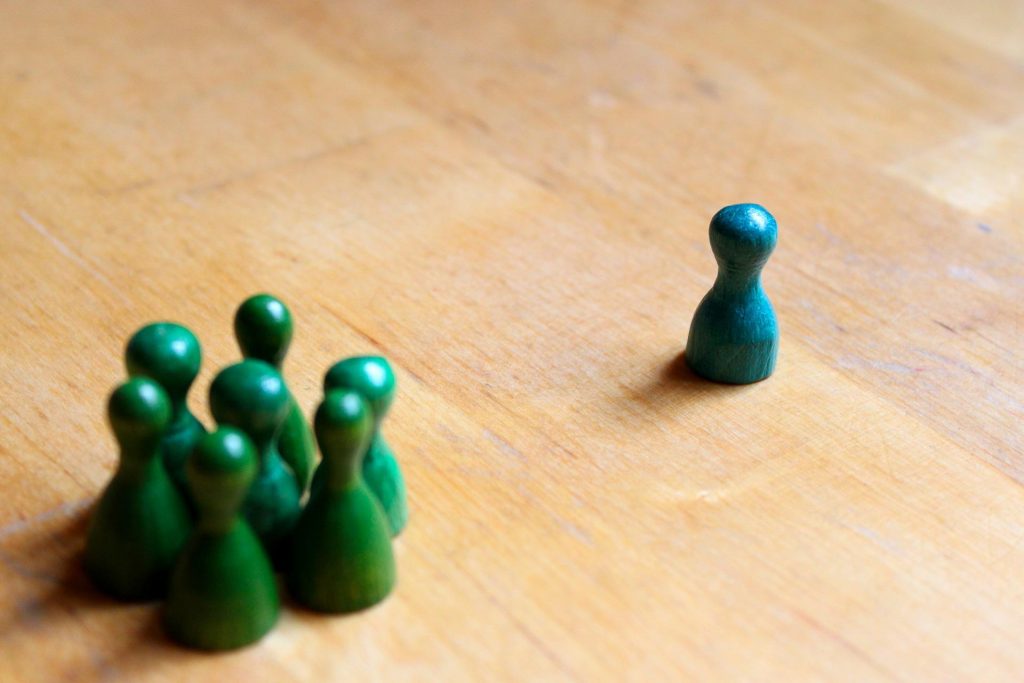 Over the years, we’ve watched many news shows in our home, including one that featured a famous interviewer and his many famous guests.  The interviews were serious in tone and thoughtful, and the topics that were raised caught our attention.  However one thing always rankled me about the show. A disproportionate number of the guests were male.  And I know that when I raise this type of issue about a TV show, some people will say to me “oh that’s because more men work at a senior level in that field that’s being discussed”. I have always cried foul to that argument. So I decided that I’d had enough and that I needed to speak up about the repeated low frequency of female guests on the show. I decided to complain to the branch of PBS in my region.

I have a lot of respect for what PBS does regionally, going back to when I first moved to the Pacific Northwest. When I think of all things Pacific Northwest and Cascadia related, organizations like PBS come to mind. This show and its interviewer were very popular at the time.  So it’s likely that I was the only person who was putting her hand up and saying “yeh good quality show but where are the women?”.  I can’t emphasize enough how heartening it was to receive their response. They wrote to tell me that they had pushed my complaint onwards to their east coast colleagues.

Even before my children entered their tween years, I started to explain to them – and model through my behaviour – that part of our privilege to be living in a country like Canada is that we have the opportunity to exercise our ability to speak up, even if we’re not believed or what we say isn’t appreciated or accepted.  We can and should speak up even if we’re the one lone voice.

Sometimes the process of speaking up can start with a simple action like writing to a TV station.  Sometimes you will even have to seek out senior leaders and decision makers in your community, or speak up publicly about your concerns. Inevitably, some people won’t like what you have to say and will attempt to mock you and your ideas, or even attack your reputation.

While I was in graduate school at a prestigious university (more later on this point), I spoke up twice on behalf of people who deserved consideration and protection based on what is written in the Human Rights Act of Canada regarding the prevention of “discriminatory practices based on race, national or ethnic origin, colour, religion, age, sex, sexual orientation, gender identity or expression, marital status, family status, genetic characteristics, disability or conviction for an offence for which a pardon has been granted or in respect of which a record suspension has been ordered.” On a third occasion I asked for more sensitive treatment based on a group of students’ demographic background. And on a fourth occasion I was verbally harassed, physically threatened and stalked down the heart of Granville street after I came to the defence of an elderly man who was being harassed in a racist manner. Everyone around me remained quiet. Nowadays they would have dragged out their phones to film. How brave they would have been! Snark….

Here’s more about duty to accommodate and the Human Rights Code, explained by an organization in Ontario:

“If you are a person who has Code-protected rights, the duty to accommodate means that an employer, service provider or landlord has an obligation to change the way they provide work space, services, or housing (e.g. by making physical changes or by changing their practices or policies) to make it easier or possible for a person to participate in the workplace, participate in the service or facility or access the housing.” (HRLSC, Ontario)

What surprised me at the time was that if I hadn’t said anything at my university, I had a strong suspicion that nothing would have been done.  It was also clear to me that nobody else had looked at the situations I was observing and said to themselves “this doesn’t appear to jive with the Human Rights Code”.

I was disappointed that these types of incidents were happening at a well respected institution that ranks highly in Top Universities of the World rankings. In practice, these types of serious oversights are probably not a rare occurrence at universities. (Hello reality check!) Fortunately, in both cases senior administrators saw the logic of my argument, said they agreed with me and said that they would pursue my concerns at a higher level. 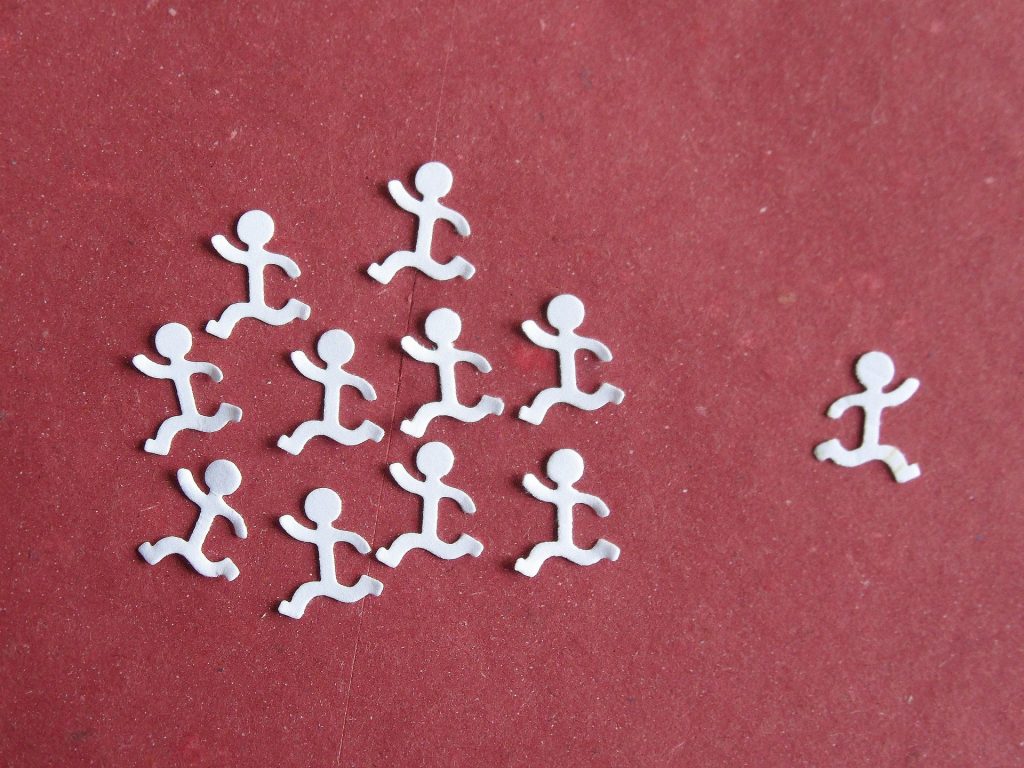 I have said to my children on many occasions that sometimes you have to be the one person in a group who puts up your hand and says “not today.  Not here. Not now. Not on my watch.”. I also say that we shouldn’t just consider what went wrong in the past because there are unaddressed wrongs happening today that will be the terrible situations that people will be discussing in the future. But it’s a delicate balance because I also have to explain when that approach isn’t going to work out well and when you have to find other ways to express your concern.

Now that my children are newly minted teenagers, they are more able to figure out the whens and whats.  But it wasn’t as easy when they were younger.  It can be uncomfortable when you are a youth who speaks up in someone’s defence while a group of your contemporaries turn on you. It can even be shocking to see that youth  – sometimes even vulnerable youth – who are being picked on or discriminated against can be the subject of malicious, unfounded and self-serving gossip spread by adults.

Sometimes you speak up when everyone can hear you.  Sometimes you exert your influence behind the scenes. Each person has to develop their own way to use their voice and for some people it can take years to figure out the best approach.

Listening to Malala Yousafzai‘s acceptance speech for her Nobel Peace prize, you hear her explain that whether she spoke up or remained silent, it was expected that she would die.  In those extremely dangerous circumstances – in a society where her freedom to speak up and the protection of her rights had been taken away – she chose to speak up when the cost was expected to be her life.

Sometimes when women speak up, they are labelled as being “the difficult one”. Or sexist descriptors such as “hysterical” or “emotional are used. I have seen women of all ages and from all demographic backgrounds being called “Karen”. The overuse of the trope “Karen” means that many women are reluctant or even afraid to use their voice because they dread being referred to as “that woman”.  (Even though a “Karen” is supposed to be someone who kicks up a storm over trivial matters.)

Since I was in my early 20s, I have tried to raise awareness about violence against women and children issues around the world. I’ve had people look uncomfortable in my presence or give me strange looks while I tried to raise awareness about these topics. Despite the fact that feminism was a few decades old at this point, this was years before terms such as human trafficking were commonly used.  I was even, at times,  labelled as the prickly, disagreeable one that no one would want to marry because I regularly discussed topics that were “edgy”.

I recall walking in a Take Back the Night March  and seeing a woman clutching her male partner’s arm as they both stood on the sidewalk on Robson street. Yes, a group of women were being loud and taking over the street. But wasn’t it obvious what the message was? “Women unite.  Take back the night.” If there was any confusion, the many signs that were being carried would have answered any lingering questions. This woman chose to be on the sidewalk rather than in the march, but her look of disapproval illustrated to me that you pay a price when you speak up. No doubt if the trope “Karen” existed back then, many would have dismissed me as being “just a Karen” – albeit a relatively young one.

When have you been the lone voice? Did you receive support from others or was it a frustrating experience – even one that made you feel lavelled or threatened? Do you get called a “Karen” when you are not talking about trivial matters? You can comment about this posting on the BCFamily.ca Facebook page. Your contribution matters so don’t be shy!