If you appreciate the sensorial side of life, it is hard to not like the movie Scent of the Green Papaya. The film features scenes in which birds cam be heard chirping nearby; rain is falling on leaves; flowers float in the garden; wind blows a strand of hair; wooden and pottery pieces decorate a home; a cricket sings in the garden; and, other sounds are heard on a hot night.

One of the most loved sounds of summer in hotter regions of the world is that of the cicada (semi in Japanese). The semi repeats its song over and over again in a rhythmic pattern, with a pause in between. When you hear that sound you know you are in the midst of the hottest “dog days” of summer.  Semis are less attractive than the cockroach, but are not reviled because their story is so poignant.  They can spend upwards of 17 years underground waiting to sing their song only to die a few weeks later.

Here in the urban setting of Vancouver we can hear the rhythmic sound of the waves at one of the many city beaches.  The joyful sound of dogs barking as they play and children laughing and yelling in the daycare playground travel to apartment balconies above.  Canada geese, helicopters, dragon boats, float planes, rowers and demanding coaches pass by.  A crowd cheers as their dinner cruise passes under the downtown bridges. 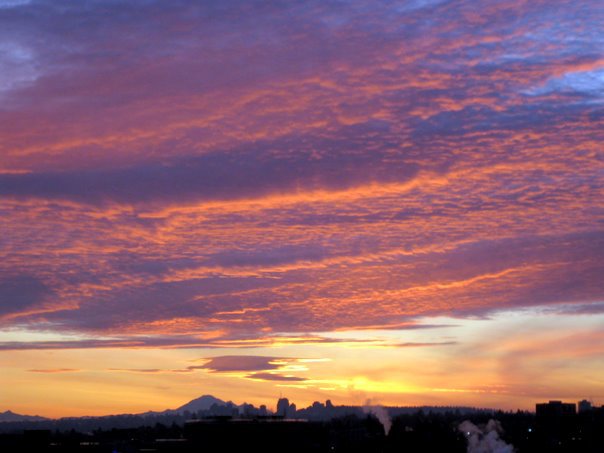 Late into the night skateboards clack and cars hum in the rain.  The wind blows and rattles the blinds.  In the morning stillness, as the sun rises over Mount Baker, the unexpected sounds of birds chirping can be heard as the sky turns orange. In the evenings the sky turns shades of orange once again as sun sets beyond English Bay. 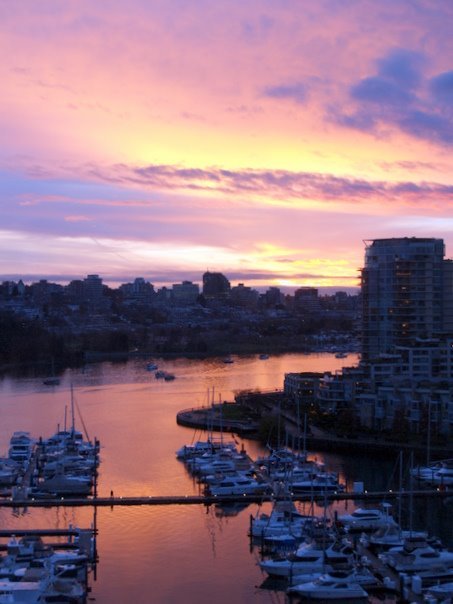 What are your favourite sensorial memories from the summer of 2010?

Song of the Cicada a Novel by Sandy Santesteven

Song of the Cicadas by Mong-Lan (A book of poetry)

Life in the Undergrowth by Sir David Attenborough (Video): Life  cycle of a cicada