In those moments when I’m asked to give a brief introduction, I usually explain that I’ve been publishing content online since 2004.  In reality I got my start experimenting with website design in the 90s, in the days before WordPress plugins and website-designers-for-hire in foreign countries.   This followed early exposure in my workplace to concepts such as “leap frogging” documents over the telephone in the late 80s and watching my organization be one of the first to operate a WWW site in the early 90s and experiment with long distance video conferencing. My early experience designing a website was quite different from the way I approach content sharing and design today.  The site design process  back then was more cumbersome and less sophisticated.

In the 90s personal websites were created differently than they are now.  The social media landscape, as it existed back then, was different too.  Popular early versions of social media were self-designed and contained neighbourhoods that included users who routinely connected and shared information with strangers online.  Here’s what one user from the 90s has said about developments since then:

“Our move towards sites like Facebook […] was a movement away from online literacy. Instead of slogging through the HTML editor of [of a webpage design site] —and coming to terms with how these tools can be used to express oneself in a digital space—we chose the sleek, standardized layouts of Facebook. […] We began clicking friend buttons instead of writing in the guestbooks of neighborly strangers. It happened as we traded in our HTML editors for the sleek blue layouts and pre-set photo sizes of Facebook. In other words, we stopped being frontiersmen and started being consumers, conceding the role of maker in our Wild West to corporations. And build they did.  In short, we gave up our netizenship.” (Joe Kloc, Daily Dot) 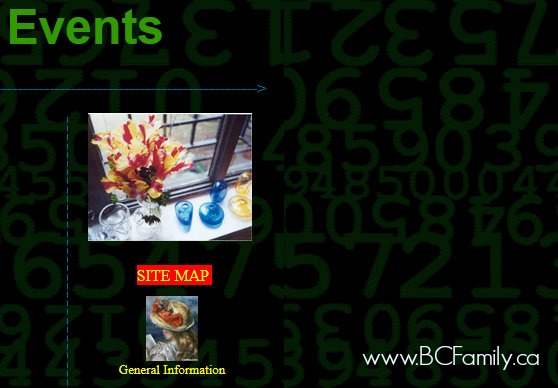 My goal in those early years was to create an online space were people in the large metropolis I was living in could share information about events in the city and meet new people.  This was a personal goal that had no commercial value.   I could have taken some courses and translated this early experience into a more serious interest – even a career in website design or social media consulting.  Instead my experiences using various tools and approaches has continued to be part of a private affair.  I post information on line because I can.   I don’t operate an E-zine on a large scale, with significant financial benefits.  This would place me somewhere in the middle of normal.  Most people who publish online are lucky if they can pay their hosting and basic related fees for the year.  If they receive invitations to events or opportunities to review products, this is a bonus.

I’ve pretty much forgotten most details about my early experiences. Although I can picture in my mind the look of the sites that I created. I also remember my father’s comment at the time.  He was impressed that I could create something online.  While researching the topic of websites in the 90s and what people were creating, I came across one person’s viewpoints. “Everyone I knew in the 90s had a website. Nowadays, I don’t know anybody who does”, the commentator mused. None of his fellow commentators disagreed with him.  This feedback makes me wonder about the percentage of the population who created websites then compared to nowadays.  What were the perceptions of these efforts back then compared to how bloggers and online publishers are perceived today?

Recently I had a somewhat troubling experience when it became clear to me that some people see personal websites, such as blogs, as commercial operations.  The traditional role of the blog as a weblog where ideas can be disseminated and shared in a non-mainstream media way appears to have been lost on some people. As long as you don’t share “isms” that tromp on people’s human rights and freedoms, aren’t personally operated websites one of the few and best ways to exercise your right to be heard and share information?  Why should we consider this process to have a monetary value? Even when people do have ads on their sites, are they making a significant amount of money?  Often it seems they are not. What happened to the ideals of the 90s when people propped up websites to support their individual interests and ideas, and the ideas of groups of like minded people?

Fifteen years ago I dipped my toe into the world of website creation. I’ve been experimenting since then, have learned a lot and still have a lot to learn.  Throughout all of my experiences I’ve held on to the value of the individual’s voice and the important opportunity that self expression on the Internet presents.

How about you? What have your experiences been like?  Are you a recent arrival to online publishing or have you had your hand in this scene for awhile now?  You can comment about this posting using the comment function below or on the BCFamily.ca Facebook page. Your contribution matters so don’t be shy!

2 thoughts on “Building Websites in the 90s”