What’s this?  It’s an undated letter from a fellow alumni and friend sent sometime when we were in our early 20s.  You know a letter’s going to be good when it starts that way.  The letter ends:

– Ken and Barbie sunning themselves on the beach

– myself, running with a rugby ball 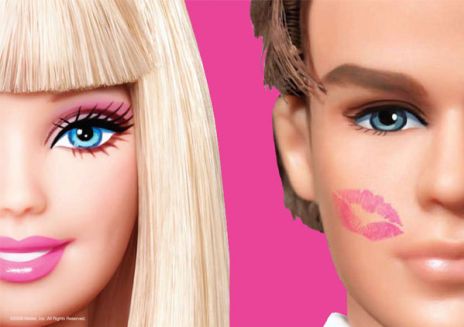 The author is not Spanish speaking, by the way, and he was not a boyfriend.  After graduating from an exclusive private school and top Canadian universities, he went on to build a successful career in a field his father encouraged him to consider.   At the time this letter was written he wasn’t even sure that he wanted to take on this career but was dreaming about travelling around South America – a dream that he did fulfill. No doubt his willingness to reflect and delve deeper has helped him to champion the rights of others.  He has been described as lanky with a languid, John Wayne-on-the-sierra sort of comportment.

It might seem unfair for me to share these words in a public forum.  The author and I have drifted apart over the years as we moved to different places and took up new initiatives and social circles.  At this point it would be a stretch for me to call him an acquaintance.  I probably wouldn’t even consider linking to his account on Facebook – if he even has one. He will probably  never read this website.  It would be fair to say that he would only be lightly interested in the content of this three page, single spaced letter in which he attempts to struggle with the content of this quote and reflect on the role of the erotic in his everyday life.  This letter represents a lifetime ago – a few lifetimes ago even.  Perhaps he wouldn’t even identify with the content anymore. Still the letter is an interesting artifact from those heady days in the early 20s when we consolidate everything we have come to know and experience and want to share our understandings with our friends.

I stumbled upon this letter by accident while I was up late trying to organize personal items in my current second floor “attic”, soon to be studio “What an interesting artifact,” I thought.  All indications are that the current generation of 20 somethings don’t share their thoughts in this way anymore.  There’s a certain amount of discipline and self reflection that is required when you sit down and handwrite or type a long letter and then make the effort to mail it.  As you go through the steps required to complete a thoughtful letter, you come to a new understanding about the ideas you are trying to present.  Like an essay, writing a letter is an opportunity to learn more about yourself and the person you are writing. Intimate thoughts are shared.  Indeed the erotic in the everyday can be celebrated.

What a shame that the art of letter writing is, effectively, dead.  Short snippets in E-mails.  Mini bits and bytes in text messages. Two line status updates.  Comment strings on social media application pages that are heartfelt, but rarely personal, often positive and life affirming in tone but rarely on-on-one and intimate.  There are new ways of exchanging information, but they will never replace the role that the letter held in our lives.

What a shame.  Even if I raised my own almost 2 year old twins to master the art of letter writing, who would they write?  Would anyone write back?

A few years ago I bundled up sets of letters and returned them to friends who had written me over the years.  I knew that we were moving away from this tradition and could see that the letters served to document the lives of my friends at the time.  I felt that they would find them even more interesting than I did.  A friend of mine followed suit and returned a set of my own letters.  It is interesting that we held on to each other’s letters for so long even though we had moved all over the continent and around the world.

Despite the high cost of postage, letter writing is still an option that is available to us.  So the next time you want to share special thoughts with a friend, instead of turning on Facebook, or popping into your E-mail, will you consider sending your friend a letter?

Of course letters aren’t the only way to share the written word.  Back in the 90s, friends often shared their thoughts in carefully chosen cards.  The author of the letter noted above wrote the following in a card (see left).

I am finding that the importance of the feminist critique of male attitudes is such that men cannot simply change themselves because women tell them to.  They must change because deep down they find that it is right.

When is the last time that a Generation Y woman received such a message from a friend on Facebook?

Writing a better social letter. Hmnn. Maybe you should go it alone and forget the 1950s rulebook!