The exorbitant housing prices and the lack luster job market in British Columbia (outside of the construction industry) will encourage many who have grown up here to seek schooling and employment elsewhere.  It is recommended that your housing costs should be well below 50% of your household  income.  In many parts of British Columbia housing costs are well above the 50% mark.  What does this mean for young people in BC families?  There is a good chance that they will move away from their childhood friends once they finish their schooling and decide to move out of the family home.

Students and young adults today stay in contact with hundreds of friends, acquaintances and classmates by way of Facebook and other social networking sites.  From what I can gather, viewing the world through my Gen X lens, snail mail, E-mail and phone calls are not communication methods of choice. (I’m not sure that they’ve ever tried sending a letter!)  In fact the communication technologies and methods that they favour change by the season.  Apparently this generation is not embracing Google+.   It seems that some of the most active users of Facebook are Baby Boomers.  Students and young adults are  here, there and everywhere texting with their smart phones and checking the Internet, but they’re not necessarily talking on them or leaving messages.  Unlike the teens and young adults of the 80s and 90s, they can talk with friends on the other side of the world using VOIP or relatively inexpensive or free video calls (on their phone or computer).   Ultimately it doesn’t really matter how they are communicating and arranging their get togethers.  The larger challenge they will encounter as the years go by is that they are living in increasingly transient communities.  By the time they are 35, will they still want to be connected to the hundreds or thousands of friends and acquaintances they have collected on their social media sites (whatever they may look like years from now)?  Will they do a collective dump of all the friends they had in the past?  Will they question the relevancy of keeping contact with childhood and university friends who live in a different part of the country or on a different continent?

Late and resistant adapters to social media like to joke that they do not need to reconnect or stay in contact with friends they rarely, if ever, see.  A few years back two friends of mine – who are also a couple – told me that they have no desire to join a site such as Facebook.  “Why would we want to connect with people we haven’t seen in fifteen years?”, they asked me.  This attitude struck me as being a bit harsh.  It has been seven years now since their last visit to Vancouver.  Given my current personal circumstances, it seems unlikely that I will be visiting them where they live in another country.  Does this mean that I won’t hear from them within a few years?  Will they stop sending E-mails and photo album notifications?  Will they stop calling?  Will they stop thinking about me?  As I am out of sight, am I also increasingly out of mind?

The job market in British Columbia is fairly unstable.  Recently a senior Human Resources consultant told me that the last few years have been particularly challenging times for experienced professionals who are seeking re-employment.  Anyone who knows the BC job market will tell you that for decades now this has not been the place to look for a well paying job (unless you a  lawyer, doctor, banker, accountant, investment specialist or human resources consultant, for example.)  A high percentage of people living in British Columbia are changing their jobs and place of residence many times within a decade.  If British Columbians only stay in contact with the people they see every week – or even month – their circle of contacts will shrink dramatically.  Moreover, if we “write off” friends we haven’t seen in a few years, or longer, we disregard the importance and relevance of friendships and the people who enter our lives. 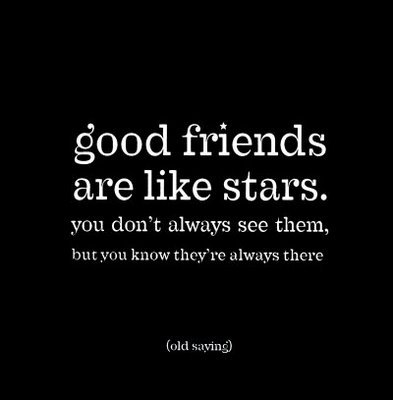 It is true that people can become our friends for a season, reason or a lifetime, but do we have to over think this process?  Do we have to be intimately connected with everyone we know?  This is why we differentiate between best friends, friends and acquaintances, after all.    A recent communique from a former friend brought home this point.  I refer to him as a “former friend” because we were friends during our school and undergraduate years and then later in our 20s and early 30s.  As I moved around the world and changed my location numerous times, we stopped communicating by letter, E-mail and phone.  Even high functioning communicators and early social media adapters like me struggle to stay in regular contact with friends when life gets hectic.  The emergence of social media helped to fill in the gaps when it became hard to stay in touch. For a number of  years I received long, elaborate letters from this former friend, full of drawings, articles and personal revelations.  (We were never romantically involved.)  Recently I contacted him to reconnect and let him know that a group page existed on Facebook for a small school we both attended in the a remote and war torn corner of the world.  He ignored my effort and I could see that there was some kind of communication dysfunction which needed to be addressed.  When I contacted him after many months, I was pretty blunt about my reaction to his approach.  I received the following response:

For what its worth, I un-friended you (and several others for that matter) because I am moving on with my life.  I’ve spent to much of my life fretting about the past and trying to hold on to vague connections to it (e.g. my relationship / contact with you).  Instead I am now trying to focus on the present and the future and those things and people which have an active meaningful part in it …

Three notable points struck me about his perspective.  Firstly, we had never had a falling out so I wasn’t quite clear what it was he was fretting about in terms of his connections with me.  Perhaps he frets about connecting with people he hasn’t seen in awhile.  Perhaps he cannot or does not want to reconcile the new people in his life (partner, children and friends) with people he knew in the past. Perhaps he feels conflicted about his younger years and does not value the relationships that he built at that time.  I had never been a contact on his Facebook profile, so I wasn’t sure why he thought he’d “unfriended” me.  Lastly, and most importantly, a quick visit to the website he maintains revealed that he launched a failed attempt to secure a position in public office.  “This guy wants to work with the general public but frets about maintaining contact with people he doesn’t meet up with regularly?”, I thought. “Is he serious?  How strange.” I was stupefied then and months later I’m still shaking my head.

“Keep smiling.  Keep shining knowing you can always count on me.  For sure. That’s what friends are for.”  I cannot recall all of the lyrics, but this was the emotional song that belted out of the speakers as my fellow grade twelve friends and I walked out of our graduation ceremony.  Around the world many more friends I had met while living in a foreign service family were graduating that summer as well.  Recently I visited with a friend and fellow classmate from an international school I attended in Asia.  As it turned out, we also attended the same university in central Canada.  We have been in contact by E-mail and via social media over the last few years.  This summer she had the opportunity to make the trek across Canada and visit beautiful British Columbia.  It was the perfect opportunity to meet up and introduce our little ones to each other. She has a Chinese Crested Terrier and I have toddler twins.

People who are busy sweeping friends out of their mind and “un-friending” them on Facebook should know that we hadn’t met since our university days . It has also been many years since we were in school together.  We did crack open some yearbooks, exchanged stories about the past and talked about former classmates and what they’re up to now.  Most of our time, however, was spent talking about the present and the future.  While we do keep in contact these days, after many years of not seeing each other, it would be a stretch to say that I am actively involved in her life, and vice versa.  Yet we still have a meaningful relationship that is anything but vague.  The quality of our friendship and our ability to maintain a connection despite the passage of time flies in the face of naysayers who do not see the point of being in contact with people out of their line of vision.

In our student years we spend time with our friends and classmates, have similar rich and life-informing experiences and live in a unique moment in time and space.  Our experiences – positive or negative – define who we are as adults and inform our outlook on life.  We carry these experiences and friendships with us. Many of us live far from old friends or former neighbours and colleagues.  The time that we spent together in the past is still relevant and we still have the capacity to enjoy each other’s company in a meaningful way when we connect at a distance, meet one-on-one or in a group.  Recently I shared my thoughts about old friends with other high school alumnae who use Facebook:

Just going through letters that our fellow alumna returned to me for my enjoyment. When I was 19 I wrote that wherever we go a part of her will always be with me. How sweet and so true. Youth can be so refreshingly honest.  Thank goodness for old letters and diaries, and of course long time friends.

That’s What Friends are For (video)

2 thoughts on “Daily Dish: That’s What Friends are For”