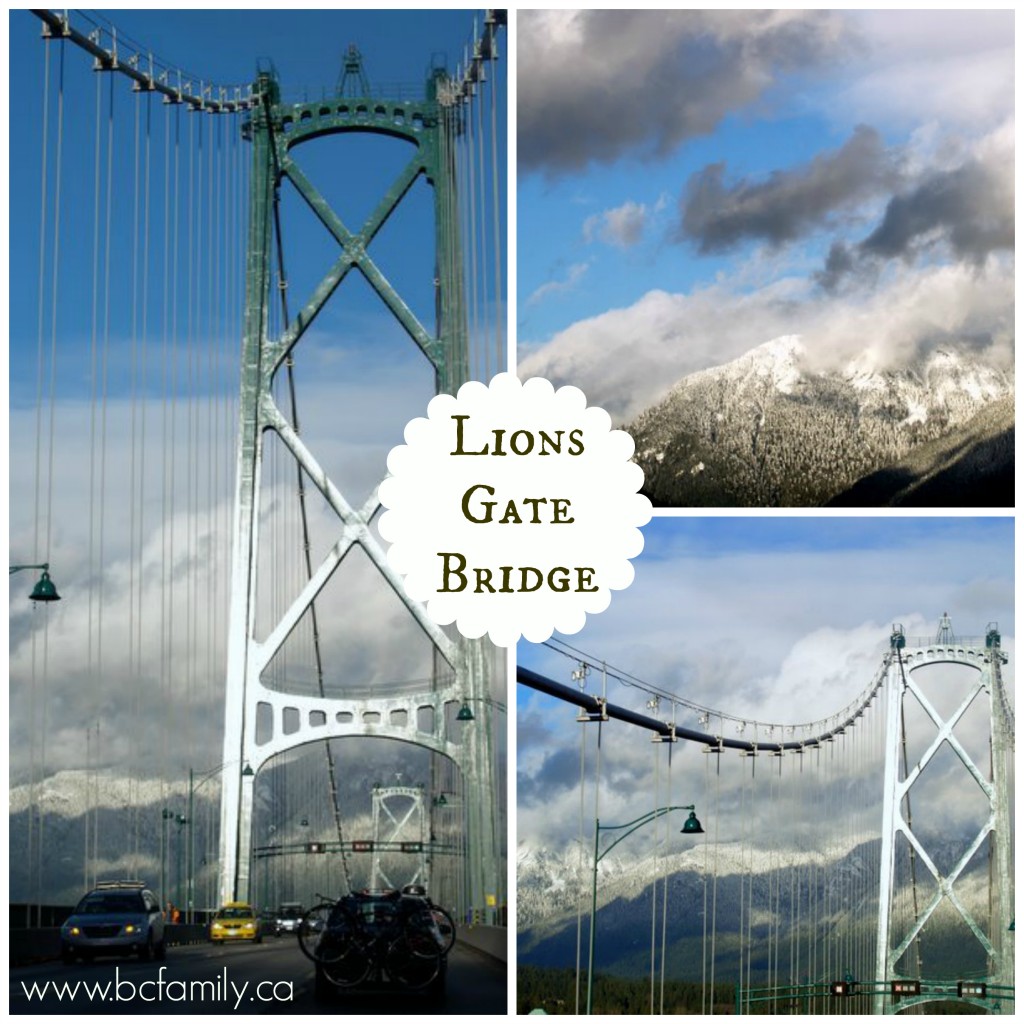 For 3 1/2 years I lived by Capilano River and drove over the Lion’s Gate bridge almost every day of the week.  The dramatic view of the water from the bridge made an impression every time – especially during a sunset.  Other than clips of the royal visit in 1939, I haven’t seen historical information about the construction of the bridge.  I didn’t know about the circumstances surrounding its financing, architectural and engineering design.  Most importantly I didn’t know about the dangerous work conditions that workers endured while it was built.

This week the Knowledge Network will screen Lions Gate Bridge: Spanning Time, a special documentary about the history of Lion’s Gate Bridge.  For residents of the Lower Mainland and people who use the bridge going to the ferry, it is “must see” television.

If you missed these screenings, it looks like Knowledge Network has screened the documentary in previous months. Watch their schedule to see if they will screen it again in the future.

The Secret History of the Lions Gate Bridge