Tucked inside a forgotten shoebox, a young girl’s momentoes from the 1940s and 50s were stored for half a century.  I found them one day while visiting my grandparents in rural Northern Alberta.  The box contained keepsakes such as photographs and postcards that were sent to my mother by her older cousin, Eric Saide.

Eric was working in the aviation industry at the time and had the opportunity to travel to places my mother could only dream about visiting. She used to stand in the wheat fields, watch commercial jets flying overhead and dream that one day she would be on those planes.  This were big plans for a country girl living in rural Alberta in the 1950s.  In those days few people in her community had the opportunity to fly across Canada or to the other side of the world.  Years later my mother moved to British Columbia, joined the Canadian foreign service and accepted the first of eight postings outside of Canada.  She followed in Eric’s footsteps as he had sent postcards and photos back to her family while he worked overseas in East Africa, various parts of the Caribbean and north of 70 in the Canadian Arctic. 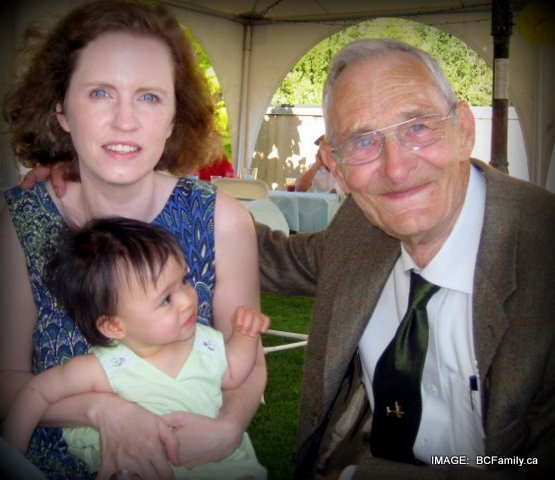 Visiting with Eric to celebrate his 40th wedding anniversary.

Eric has since retired; is a proud father, grandfather and great-grandfather; and, is known to be a talented pie maker.  What Eric is most known for in his community in South Surrey is his volunteer work as a crossing guard at 172nd Street and 24th Avenue.  You wouldn’t expect an 82 year old man to be sitting outside in BC’s often damp weather. For the past 17 years Eric has been volunteering at this location and a previous location (now closed), helping children on their way to school and waving “hello” to hundreds of drivers and passengers as they pass by every morning and afternoon. 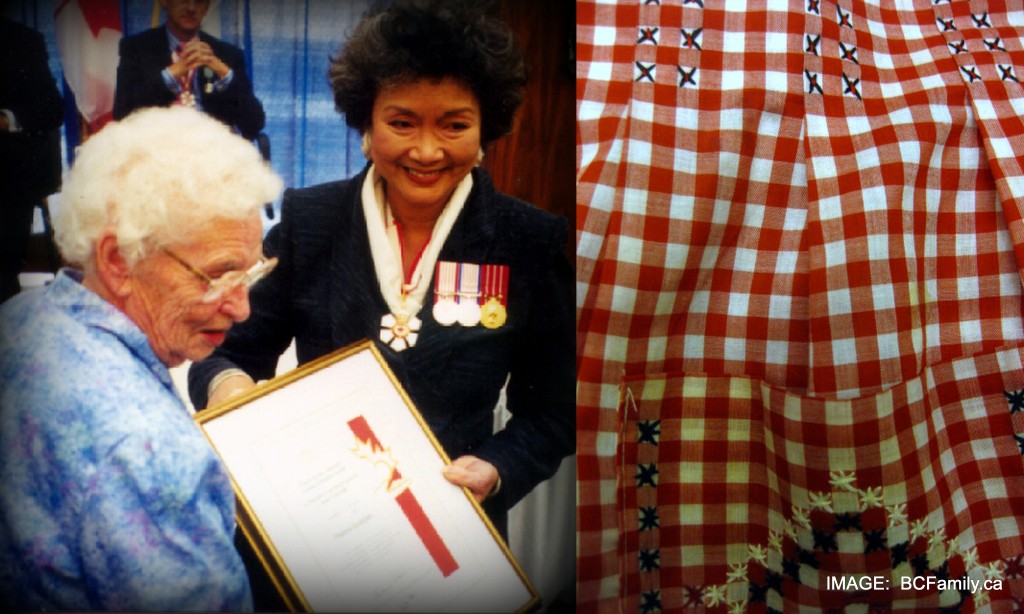 Eric’s community minded outlook comes as no surprise if you know that his mother Hanna Guderjan received a Governor General’s Caring Canadians award for her volunteer work in Canada and to help children overseas.  Until she had to stop due to poor eyesight, Hanna spent many years sewing and embroidering 6,000 dresses for children in places such as Uganda, Tanzania, Romania, Brazil, Mexico, and India.  Like his mother, Eric is an example of how retirees in British Columbia have a positive impact in the daily lives of people in their communities.

To learn more about Eric’s volunteer work with the Royal Canadian Legion’s Frontiersmen of the Commonwealth, here is a recent article from the Now Surrey newspaper.

Do you have a story that you would like to share about a British Columbian who is making a difference in your local community? Please send your story idea to BCFamily [at] BCFamily.c.